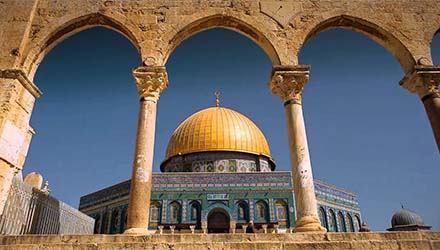 Binyamin (‘Bibi’) Netanyahu’s motive for calling an early election to the Knesset (Israel’s parliament), on April 9, one year before the end of its term, was purely personal: it was his ‘stay out of jail’ card. His former friend and appointee, attorney general Avichai Mendelblit, could not endlessly procrastinate, and would eventually feel bound to indict him for multiple, firmly attested charges of bribery and corruption. 1)Haaretz February 28 2019 Netanyahu calculated that, if he managed to win an election before being indicted, he would be able to breathe freely for the next five years at the very least.

Winning, in Israel’s system of party-list proportional representation, does not mean getting a majority, or even the largest number, of Knesset seats, but being the only party leader able to form a ruling coalition. Netanyahu reckons that if he puts together a coalition with the two main religious parties and two or three small extreme-right parties, then he can get through the Knesset a bespoke law giving him immunity from prosecution.

Netanyahu knew that his chances of winning the election were pretty good. In this he could count on more than his mastery of rightwing, populist rabble-rousing, fabrication of ‘facts’ and whines of persecution by a hostile elite and ‘leftist’ media. Propaganda apart, Israel’s economy is buoyant and, although inequality remains very high, even the poorest sections of the population – those on minimum wages or social benefits – have experienced some improvement. Unionisation of workers has been increasing, and consequently the number of workers benefiting from improved pay and conditions thanks to collective bargaining has been rising.

Also, since the last elections (March 2015), Netanyahu has avoided large-scale military adventures that exact a toll in Israeli military and civilian casualties; so Jewish Israelis have not felt they were paying a high cost – in human losses or insecurity any more than in economic terms – for ruling over the Palestinian occupied territories. As far as foreign relations are concerned, Netanyahu could count on more than a little help from his friends, including Trump 2)Haaretz March 25 2019 and Putin. 3)Haaretz April 4 2019 Not many national leaders can boast of warm personal relations with both Donald and Vladimir Vladimirovich.

But, leaving little to chance, Netanyahu took several steps to secure his electoral victory and the subsequent prize of immunity from criminal prosecution. In order to make sure that his preferred prospective coalition partners – those of the extreme annexationist and ultra-racist right – would reach the threshold of 3.25% of the valid votes required to win any seats, he acted as match-maker between two such parties, each of which may not have reached this threshold individually, and persuaded them to form a bloc. This ran as the Union of Rightwing Parties, duly passed the threshold and won five seats. In exchange for their complicity in passing a law keeping him out of prison, Netanyahu had promised to accede to their hearts’ desire: annexation of parts of the West Bank.

The most serious rival of Netanyahu’s Likud party in the elections was the newly formed centre-right bloc, Kahol-Lavan (Blue and White – colours of the flag of the Zionist movement and the state of Israel), led by retired general Benny Gantz, two other retired generals and a civilian windbag, Yair Lapid (the only one of the four with some political experience, having served as minister of finance in a previous Netanyahu-led government).

Lacking any coherent programme, it attracted many voters disgusted with Netanyahu’s corruption and rightwing populism. Netanyahu’s way of fighting off the potential threat represented by this nine-day wonder was to point out that it would not be able to block a Likud-led government (let alone form a ruling coalition) except in collaboration with Arab parties. The three generals and the windbag, bowing to popular Israeli-Jewish racism, duly vowed that they would never collaborate with Arabs, thereby confirming that they pose no real danger to Netanyahu.

Many Arab citizens, feeling alienated and excluded, were clearly going to boycott or ignore the elections. But to ensure low Arab participation, Likud resorted to intimidatio. 4)Haaretz April 10 2019

In the event, Netanyahu’s Likud won 35 out of 120 Knesset seats, the same as the Blue-and-White contender. But the latter’s 35 elected MKs have little to hold them together. The hastily assembled, disparate quasi-party may well fall apart before long. Its main contribution to Israel’s political history is to have sucked voters away from the bloc formerly led by the Israeli Labor Party, and reduce Labor, with its pitiful six seats, to a mortally wounded relic, crawling towards a well-deserved demise.

Evidently, the outcome of Israel’s elections is part of a worldwide shift to rightwing authoritarian regimes led by elected illiberal demagogues. Netanyahu has much in common with Trump, Putin, Erdoğan, Orbán, Bolsonaro and their ilk. But equally obviously, Israel’s rightwing populism comes with a special Israeli twist: that of a Zionist colonising regime, increasingly inspired by a creepy messianism. This growing importance of eschatology in Israeli politics has not received sufficient attention.

Religions tend to have their lunatic fringes – crazed zealots lurking in the obscurity of the relatively harmless margins – who under certain political and social circumstances may emerge as if out of nowhere and shock the world with horrific and dangerous acts. Judaism is no exception to this rule. In my article ‘Israel and the Messiah’s ass’ (Weekly Worker June 1 2017), I called attention to the emergence in 1967 of messianic religious Zionism. Extremist forms of this political theology or theological politics have steadily grown in importance. Following the recent elections, its most fanatic true believers are openly represented in the Knesset, as members of the Union of Rightwing Parties, and will no doubt be part of the ruling coalition.

The size of this bloc – a mere five seats in the Knesset – understates the real influence of messianic fanaticism. A significant number of supporters of this ideology must have voted tactically for one of the larger and well-established religious parties (Shas and United Torah Judaism), or for Likud.

Messianic activists differ in one crucial respect from other followers of orthodox Judaism: they are determined to take actual steps to bring about the establishment of a renewed biblical Jewish kingdom. A key part of this plan is the building of a third Jewish temple on the old hallowed hill (the first two were destroyed respectively by the Babylonians in 586 BCE and the Romans in 70 CE). An obvious obstacle in the way of the third temple is that the Jews’ Temple Mount happens to be the Muslims’ Haram al-Sharif – Islam’s third holiest place, site of al-Aqsa mosque and the Dome of the Rock. These will have to be demolished to make way for the third temple.

Plans to bring this about are by no means new. From 1979 to 1984 a secret cabal of settlers, known as the Jewish Underground, engaged in terrorist actions against Palestinian civic leaders. It also hatched a plot to blow up the Dome of the Rock; but just in time members of the group were arrested and brought to trial on charges of terrorism. Most served short terms, and the ringleaders were pardoned in 1990. 5)Haaretz April 10 2019 Unrepentant, the zealot leader, Yehuda Etzion, and his mates continued to make plans for the third temple. But now they have moved from the margins into the centres of political power. And their numbers have multiplied. A recent TV documentary series has drawn attention to an extensive network of activists making practical preparations for building the third temple and performing the rituals in it. 6)The very revealing first part of this series can be seen – unfortunately without English subtitles – on www.youtube.com/watch?v=y6NzLD-0laQ&feature=youtu.be These include detailed architectural drawings and models for the temple itself, sewing and embroidering vestments for the priests that will officiate in it, and practising animal sacrifices in the vicinity of the holy site. In order for the priests to be allowed to enter the temple and perform their rituals, they must first be purified with the ashes of a burnt, unblemished red heifer. Red means totally red – even two black hairs disqualify it. A cattle rancher in the Israeli-occupied Golan, by the name of Menahem Urbach, has been commissioned to produce a red heifer by selective breeding. Interviewed on TV, he claimed that the desired animal is expected to be delivered quite soon.

It will be televised

Explosives are easily accessible to the activists, who reside in armed settlements; and some are no doubt stashed away for use, as and when required. Of course, the Muslim world is likely to react violently to the destruction of the holy mosques. This can easily escalate to a major conflagration in the entire region, and possibly beyond.

The messianic zealots are not particularly bothered by this prospect: they regard it with the same kind of hopeful anticipation that extreme Christian evangelicals have for Armageddon.

In fact, both bunches of dangerous nutters, whether Jewish or Christian, share many beliefs (except that the former are expecting the first coming of the messiah, while for the latter it is going to be the second – following which the Jews will have to convert or die). As the Daily Express reported recently:

Biblical conspiracy theorists believe the construction of a third Holy Temple in Jerusalem will precede the imminent return of Jesus Christ. Jewish eschatology concerning the end times claims the Holy Temple will rise up from the ground for the third time when the apocalypse nears. Talk of a third temple being built emerged this week in response to a letter penned by the powerful Jewish assembly of rabbis known as the Sanhedrin.

Jerusalem is heading into a mayoral election next week and the Sanhedrin urged both running candidates, Ofer Berkovich and Moshe Lion, to rebuild the temple. …

The Holy Temple plays a crucial role in Jewish tradition and is a central player in prophecies and tales concerning the apocalypse.

Christian pastor and doomsday preacher Paul Begley has now claimed the signs of the end times are coming to fruition. The Indiana-based preacher said: “The rabbis of the Sanhedrin court are calling both mayor candidates to include in their plans for this city the rebuilding of the third temple …”

According to Irvin Baxter of the End Time Ministries, the third Holy Temple will be rebuilt in the last seven years of the world’s existence. The doomsday preacher said this will happen in the first three years of the end times and will be the “most visible sign” of the end times finally arriving.

Mr Baxter said: “As that cornerstone is laid on the Temple Mount, every network on Earth will be televising this incredible event.”7)Daily Express March 18 2019

Will Israel’s security services act in time to prevent an explosion on the sacred site, as they did back in 1984? I do not wish to sound too alarmist, but, when watching Israel careering to extremes of racist populism and annexationism, we should also keep an eye on the movement of messianic fanaticism.

I would like to thank comrade Ehud Ein-Gil for his help in researching this article. 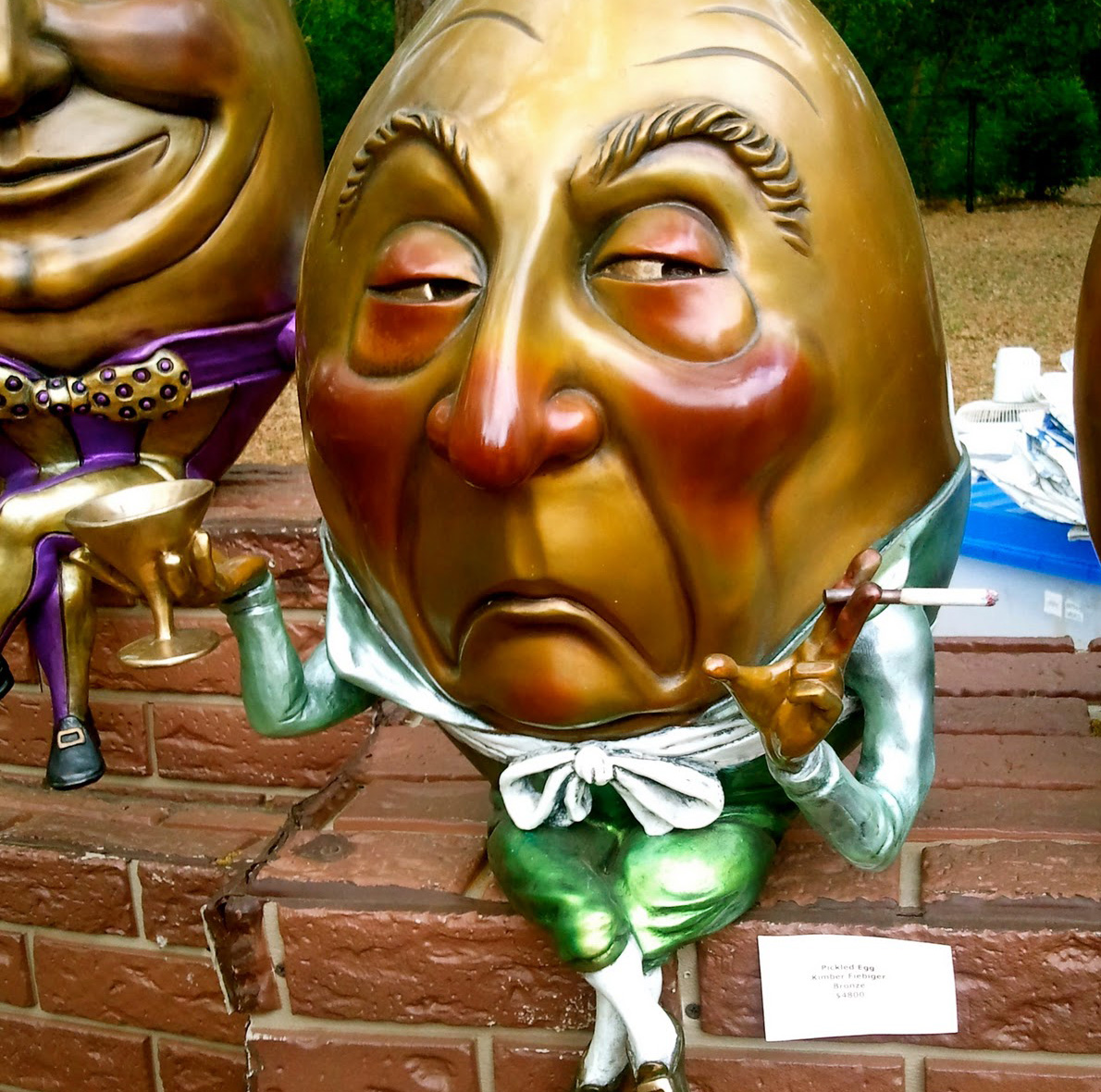 September 21, 2017 Comments Off on Humpty Dumpty and ‘anti-Semitism’

Labour Against the Witchhunt

October 31, 2017 Comments Off on Labour Against the Witchhunt 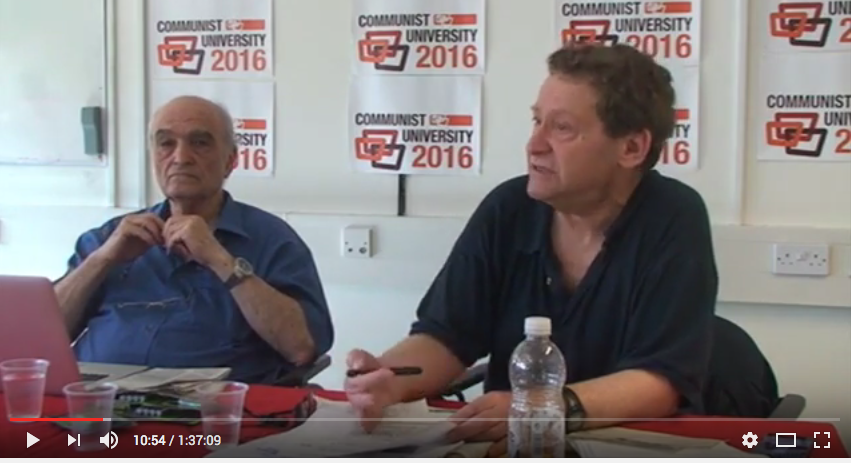 September 16, 2016 Comments Off on Video: Anti-Semitism and Anti-Zionism