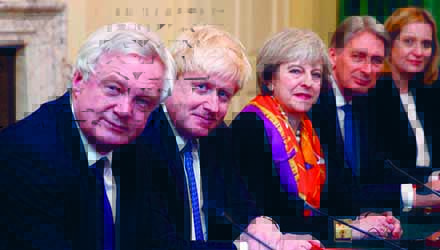 Because of acute divisions over Europe the Tories are extremely vulnerable. However, says David Sherrief, the last thing we need is a ‘normal’ Labour government to replace them

Theresa May’s government is deeply divided and looks set to blunderingly take Brexit negotiations to a disastrous ‘cliff edge’. Despite her Florence speech, little progress is being made in Brussels. No breakthrough over the divorce bill. No breakthrough over the Irish border. Then there is Boris Johnson and his 4,000-word Sunday Telegraph manifesto calling for a low-tax, low-regulation Britain finding a “glorious” future outside both the single market and the customs union.1)The Sunday Telegraph September 15 2017 A cat in the “nest of singing birds”.

True, the government comfortably got the European Union (Withdrawal) Bill through its second reading in the Commons. The final vote was 326-290. However, the war is far from over. Tory MPs – not least Nicky Morgan, Dominic Grieve and Anna Soubry – have tabled amendments aimed at shooting holes into May’s Brexit plans: eg, they want to include the EU’s charter of fundamental rights. There will also be challenges to the use of so-called Henry VIII powers and demands for a vote on final terms. This brings the distinct possibility of government defeats. Of course, that would not trigger a general election. For the moment at least, May is secure. Thanks to the £1 billion deal with the Democratic Unionist Party, she would win a vote of confidence. Nonetheless, the government is vulnerable and we should expect compromises, gruelling late-night sittings, MPs being brought in from sick beds and desperately fought by-elections.

Surely, though, the government’s main problem is that a hard Brexit runs counter to the interests of the dominant sections of big capital in Britain. For example, the recent Downing Street approach to large private companies and selected FT-100 firms, in the attempt to obtain endorsement for the government’s post-Brexit plans for a “global Britain”, was greeted with derision. Technology, aerospace, pharmaceutical, energy, manufacturing, banking and financial services firms have all warned that the drifting Brexit negotiations could lead them to transfer some operations from Britain. Toyota is already openly questioning the future of its Burnaston plant in Derbyshire.

Many capitalists fear that they will face tariffs and other damaging barriers after March 2019 … if there is no deal. Nor do they have any liking for the government’s leaked proposals to limit immigration post-Brexit. The markets confirm what the personifications of capital say. Since the June 2016 referendum the pound sterling has fallen by around 20%, compared with other major currencies. Moody’s has meanwhile downgraded Britain’s credit rating from a top AAA to Aa1, and now Aa2. Despite the requirement to pay what is in effect a 20% premium, outward investment has doubled in the last quarter. Figures such as these reveal the thinking of collective capital. The bet is that Britain is heading for difficult times. In other words, Brexit is bad for profit-making.

Of course, at Phillip Hammond’s prompting, there has been an acceptance that Britain will, if it can, negotiate a two-year transition period. This has been cautiously welcomed by many of the CEOs and boardrooms of blue-chip companies. But the lack of detail causes uncertainty, frustration, even anguish.

A recent survey of 1,000 UK businesses reported that more than two-thirds of them needed to “know the details of any transition arrangement after Brexit by June 2018 – just nine months from now – in order to plan properly”. If investment and recruitment decisions that have been put “on hold” are to be “unblocked”, 40% of the businesses say the government must set out what the transition will involve, when it comes to vital areas, such as the movement of goods, capital and people, as well as legal arrangements.2)Financial Times September 12 2017

Far from May and her cabinet providing Britain with ‘strong and stable’ leadership, big capital worries that party interests are being put first. Hence, addressing widespread concerns amongst voters about ‘unrestricted’ immigration is being prioritised over guaranteeing access to the single market. Private meetings and frantic lobbying have had little effect on David Davies and his department for exiting the EU. The government says it has its mandate and appears intent on brushing aside the interests of big capital. All in all, therefore, “big business is in a difficult position”, reckons John Colley of the Warwick Business School.3)https://uk. nance.yahoo.com/news/businesss- government-lobbying-brexit-isnt-working- heres-143415309.html

Of course, the capitalist class, though it is the ruling class, is particularly ill-adapted to exercising direct control over day-to-day government operations. The main business of members of the capitalist class is business. The exploitation of labour and dog-eats-dog competition is hellishly time-consuming. On average CEOs work “10-11 hours per day” plus weekends.4)Time October 16 2015

So the capitalist class has to find itself a political party which “can take, and stick to, an overall and farsighted view of the interests and needs of the system as a whole”.5)H Draper Karl Marx’s theory of revolution Vol 1, New York NY 1977, p324 Since the 1920s that party has been the Conservatives, but no longer, it seems. Today the Tories are clearly acting against the long-term needs and interests of the system: ie, the capitalist class as a whole. Maybe this reflects the increasingly cosmopolitan nature of modern capitalism – foreign investment in Britain stood at around £950 billion in 20156) House of Commons Library Debate pack Number CDP 2017/0159, September 8 2017 – and therefore a hands-off approach to national political parties, their national rivalries and their national machinations.

True, a few big businesses, such as JCB, Westfield and Bloomberg Europe, have donated considerable sums to the Tories.7)The Guardian April 1 2015 But most of the money going to Tory HQ nowadays comes from very wealthy – often very quirky – individuals (many of them after access to government, dinners with ministers, knighthoods, membership of the House of Lords, etc).

Over the years the number of companies making donations has shrunk.8)B Jones (ed) Political issues in Britain today Manchester 1999, p313 Yet, with the bulk of Tory finances coming from the rich and the super-rich, with hundreds of Tory parliamentarians holding directorships, with Tory MPs coming from business and going back to business, with the visceral hostility to trade unions, it is clear that the standard Marxist description of the Conservative Party as the party of big business, albeit it with various qualifications, remains correct. Nevertheless, the tension that exists between the interests of big capital and the direction being taken by May’s party and government is unmistakable.

The origins of this divergence lies squarely in electoral calculation. Having outmanoeuvred her rivals and successfully taken over from the hapless David Cameron – following his June 2016 referendum humiliation – Theresa May thought that she could inflict a massive general election defeat on the Jeremy Corbyn-led Labour Party … if she seized hold of the political programme of the UK Independence Party. Of course, her gamble did not pay off. May’s presidential campaign proved to be a disaster, while Jeremy Corbyn’s For the many, not the few campaign was, by contrast, a brilliant success.

Nonetheless, a negotiated hard Brexit deal – let alone a hard Brexit non-deal – could quite conceivably result in absolute decline. Such a prospect deeply worries big capital. Unless control over the Conservative Party can be reasserted, the choices it faces are all unpalatable: tariffs on goods going to the EU, reduced supplies of cheap labour, running down investment in Britain, decamping abroad, sponsorship of a national government, etc.

Meanwhile, Keir Starmer has succeeded in getting the shadow cabinet to come out in favour of negotiating a “new single market relationship” with the EU. For the sake of appearances, he pays lip service to the 2016 referendum result. There is no wish to alienate the minority of Labour voters who backed ‘leave’. Nonetheless, the message on Europe is clear: it is Labour which is articulating the “interests and needs” of big capital.

Indeed, just before the Brighton conference opened, Jeremy Corbyn declared that Labour “is the natural party of business”.9)Morning Star September 23-24 2017 He has, in fact, said similar things before. Eg, 18 months ago Corbyn told the British Chambers of Commerce that “we are natural allies”. Such statements ought to be taken seriously. Basically what Corbyn is promising is that the “next Labour government” will be a normal Labour government. A government fully in the spirit of Ramsay MacDonald, Clement Attlee, Harold Wilson, etc. That ought to be good news for the Labour right – it shows that Corbyn can be tamed.

Whether or not big business believes Corbyn is another matter. After all, there is his long established record of opposing imperialist wars, supporting strikes and advocating wide-ranging nationalisation. And, of course, as the capitalist class well knows, behind Corbyn there lies a mass membership which is expressing itself, is eager for ideas and is already tentatively pursuing its own agenda: a mass membership which, if disappointed, if thwarted, if it asserts itself, could well abandon Corbyn and embrace the “dangers of Marxism” (Chris Leslie).

We do not consider big business “natural allies”. No, on the contrary, we strive to express and represent the “interests and needs” of the global working class. Hence, when it comes to Europe, instead of getting embroiled in the argument about what is and what is not in the ‘national interest’ – eg, staying in the single market versus leaving the single market – what Labour ought to adopt is a clear, ambitious and farsighted working class perspective.

Marxists have no illusions in the European Union. It is a bosses’ club, it is by treaty committed to neoliberalism and it is by law anti-working class (note, the European Court of Justice and its Viking, Laval and Rüffert judgements). But nor should we have any illusions in a so-called Lexit, as advocated by Labour MPs Dennis Skinner and Kelvin Hopkins.

On the contrary the EU should be seen as a site of struggle. Our task is to unite the working class in the EU in order to end the rule of capital and establish socialism on a continental scale. That would be the biggest contribution we can make to the global struggle for human liberation. 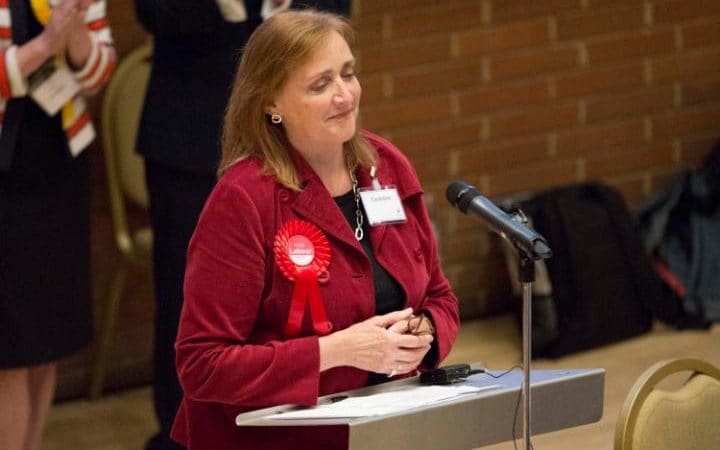 Corbynistas in the House! 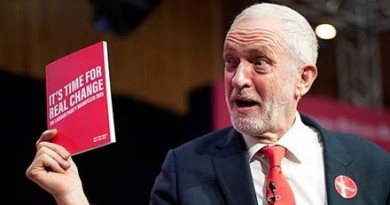 Labour manifesto: Within the current order

November 28, 2019 Comments Off on Labour manifesto: Within the current order 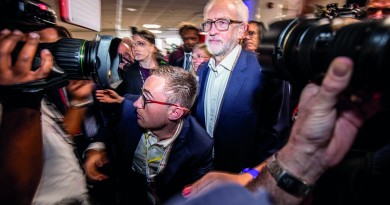