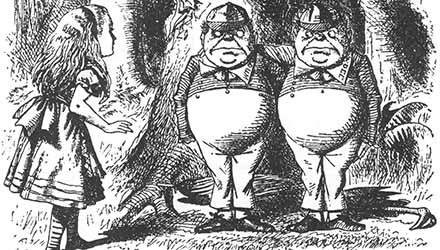 A flood-tide of hyperbole has been generated by the stay-leave Euro referendum campaign. HM government’s £9 million pamphlet ominously warns that an ‘out’ vote will “create years of uncertainty”.1 Building upon the doomsday scenario, the cross-party Britain Stronger in Europe implies that three million jobs could be lost.2 For its part, Another Europe is Possible, a typical soft-left lash-up, is convinced that “walking away from the EU would boost rightwing movements and parties like Ukip and hurt ordinary people in Britain”.3 Similarly, Mark Carney, Bank of England governor, maintains that a Brexit will put the country’s vital financial sector at “risk”.4 As for Christine Lagarde, head of the International Monetary Fund, she was widely reported as claiming that a ‘leave’ vote would have “pretty bad to very, very bad consequences” for Britain and could trigger another recession.5

For its part, Vote Leave trades on the politics of a backward-looking hope. It wants Britain to “regain control over things like trade, tax, economic regulation, energy and food bills, migration, crime and civil liberties”.6 Same with the other ‘leave’ campaigns. Recommending the UK Independence Party’s Grassroots Go campaign, Nigel Farage says that voters have a “once-in-a-lifetime chance to break free from the European Union”.7 In exactly the same spirit Get Britain Out seeks to “bring back UK democracy”.8 Not to be left out, the Morning Star patriotically rejects the “EU superstate project” and likewise seeks the restoration of Britain’s “democracy”.9

Hence both sides claim that some existential choice is about to be made. Yet, frankly, unlike crucial questions such as Trident renewal, climate change and Syrian refugees, the whole referendum debate lacks any real substance.
It is not just the likes of me who think it is all smoke and mirrors. Writing an opinion piece in the Financial Times, Andrew Moravcsik, professor of politics at Princeton, convincingly argues that, regardless of the result on June 23, “under no circumstances will Britain leave Europe”.10

The learned professor equates the whole referendum exercise with a “long kabuki drama”. Kabuki – the classical Japanese dance-drama known for its illusions, masks and striking make-up – nowadays serves as a synonym used by American journalists for elaborate, but essentially empty posturing. Despite the appearance of fundamental conflict or an uncertain outcome, with kabuki politics the end result is, in fact, already known. Eg, surely, no intelligent US citizen can really believe that a president Donald Trump would actually build his 2,000-mile border wall, let alone succeed in getting the Mexican government to cover the estimated $8 billion price tag.11

With Vote Leave, kabuki politics has surely been taken to a new level of cynicism. Formally headed by Labour’s useful idiot, Gisela Stuart, and incorporating mavericks such as David Owen, Frank Field and Douglass Carswell, Vote Leave crucially unites Tory heavyweights, such as Boris Johnson, Michael Gove, Iain Duncan Smith, Liam Fox, Andrea Leadsom, Priti Patel and Dominic Raab. Yet, needless to say, their ringing declarations calling for British independence, an end to mass European migration and freedom from EU bureaucracy have no chance whatsoever of ever being implemented.

Britain’s second Europe referendum, in point of fact, closely maps the first. Harold Wilson’s June 1975 referendum was staged not because he was unhappy with the European Economic Community. No, it was a “ploy” dictated largely by “domestic politics”.12 Ted Heath oversaw Britain’s EEC entry in 1973, having won a clear parliamentary majority.

Nevertheless, Labour could gain additional general election votes by promising a “fundamental renegotiation” of Britain’s terms of membership … to be followed by a popular referendum.

Wilson also wanted to show Labour’s Europhobes – ie, Tony Benn, Barbara Castle and Michael Foot – who was boss (he did so thanks to the Mirror, the BBC and big-business finance). On June 5 1975, 67% voted ‘yes’ and a mere 33% voted ‘no’ to Britain’s continued membership. Despite that overwhelming mandate, given the abundant promises that joining the EEC would bring substantial material benefits, it is hardly surprising that Europe became a “scapegoat for economic malaise”: the 1974-79 Labour government could do nothing to reverse Britain’s relative economic decline.13

The illusory nature of Britain’s second Euro referendum is no less obvious. The European Union Referendum Act (2015) had nothing to do with David Cameron having some grand plan for a British geopolitical reorientation. By calculation, if not conviction, Cameron is a soft Europhile. And, despite tough talk of negotiating “fundamental, far-reaching change” and gaining a “special status” for Britain, just like Harold Wilson, he came back from Brussels with precious little. Apart from two minor adjustments – a reduction in non-resident child benefits, which Germany too favoured, and a temporary cut in tax credits – what Cameron secured was purely symbolic (ie, the agreement that Britain did not necessarily favour “ever closer union”).

Transparently Cameron never had any intention of Britain leaving the EU. His commitment to holding a referendum was dictated solely by domestic considerations – above all, remaining as prime minister. By holding out the promise of a referendum, Cameron – together with his close advisors – figured he could harness popular dissatisfaction with the EU – not least as generated by the rightwing press. Moreover, in terms of party politics, Ed Miliband could be wrong-footed, Tory Europhobes conciliated and Ukip checked.

However, Cameron’s expectation was that he would never have to deliver. Most pundits predicted a continuation of the Conservative-Liberal Democrat coalition after the 2015 general election. With Nick Clegg, Vince Cable and Danny Alexander still sitting around the cabinet table, there would be no referendum. They would have blocked such a proposal with threats of resignation. Yet, as we all know, despite the opinion polls, the Tories secured a narrow House of Commons majority. So Cameron was lumbered with his referendum.

As could easily be predicted, the ‘remain’ camp is nudging ahead: a recent Survation poll published in the Mirror has 44% for ‘remain’ and 38% for ‘leave’ (the ‘don’t know’ figure is 18%).14 Backing from big business, international institutions, celebrity endorsements … and fear of the unknown is swinging popular opinion. Nevertheless, establishment critics are undoubtedly right: Cameron is gambling on an often fickle electorate. Referendums can go horribly awry for those who stage them, especially when issues such as austerity, mass migration and international terrorism are included in the mix.

Yet, as Andrew Moravcsik stresses, the danger of losing would be a genuine worry for the ruling class “if the referendum really mattered”. But it is highly “unlikely” that there will be a Brexit, even if a majority votes to leave on June 23. Sure, David Cameron would step down – but not to be replaced by Nigel Farage. There will still be a Tory government. It could be headed by Boris Johnson, Teresa May, George Osborne or some less obvious contender as of now. The chances are, therefore, that a reshuffled cabinet would do just what other EU members – Denmark, France, Ireland and Holland – have done after a referendum has gone the wrong way. It would negotiate “a new agreement, nearly identical to the old one, disguise it in opaque language and ratify it”.15 Amid the post-referendum shock and awe, the people would be scared, fooled or bribed into acquiescence.

Boris Johnson has already given the game away. He is now using the standard ‘leave’ rhetoric: eg, the sunlight of freedom, breaking out of the EU jail, a once-in-a-generation opportunity to “take back control over our borders and control over our democracy”.16 But he readily admits that his support for Brexit only came after Cameron’s final EU deal failed to include his proposed wording enshrining British “parliamentary sovereignty”. Just the kind of meaningless drivel that could easily be conceded in future negotiations and be successfully put to a second referendum – an idea originally mooted by former Tory leader Michael Howard. Naturally, Cameron dismisses the second referendum option. He is in no position to do otherwise.

But if Johnson were to become prime minister we know exactly what to expect. Obeying the US, he would get an EU agreement to a highfalutin phrase that he could sell to the British electorate. As with Harold Wilson in 1975, the chances are that there would be a clear, two-thirds majority.

Anyway, what the June 23 referendum boils down to is a blue-on-blue power struggle. Under such circumstances for socialists to takes sides is to play a fool’s game. No, what is needed is an active boycott. Go to the polling station and spoil your ballot: write ‘For a socialist Europe’ l