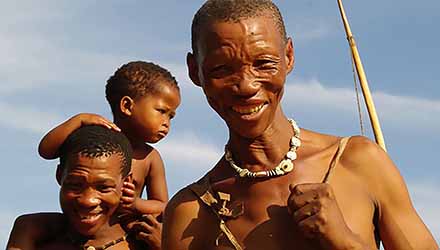 Stan Keable reflects on a discussion on ‘Engels and the origins of women’s oppression’ at the Socialist Workers Party’s  annual ‘Marxism’ school, June 30 to July 4

In her talk, Celia Hutchison argued that, despite the enormous knowledge gained in anthropology since his time, Engels was right to say that the oppression of women arose with the rise of class society, and that the fight for women’s liberation and for ending all forms of oppression – national, racial, sexual, etc – is part of the class struggle for working class liberation and socialism.

But her understanding of the counterrevolution which produced class society and women’s oppression was hobbled by the complete omission of the human revolution – in which, some 200,000 years earlier, the solidarity of women and their male kin had overthrown the alpha-male bully, liberating both sexes and establishing the truly human counter-dominance culture of hunter-gatherer communism. A process described by Chris Knight in his ground-breaking Blood relations (1995). The counterrevolution kicked in maybe around 10,000 BCE with the Neolithic and the rise of cattle herding and eventually full-scale agriculture. Male dominance returned with a vengeance and soon resulted in kings, endemic warfare, slavery and the state. Without this overview of human social development, we are lost in a sea of isolated facts.

In the egalitarian culture of hunter-gatherer society, comrade Hutchison said, there was cooperation, sharing, hatred of arrogance, matrilineal descent and collective childcare. There was pairing and the right to divorce, sexual relations were “flexible” and women were “powerful” and “autonomous”.

Interestingly, comrade Hutchison also noted the phenomenon in hunter-gatherer society of “two-spirit people”, of transgender or indeterminate gender individuals, and of couples consisting of two men or two women. All this was tolerated. Monogamy was only imposed later by class society.

“We do not agree with Engels,” said comrade Hutchison, that homosexual love among men in ancient Athens was “degrading”. Strict gender definition, a woman comrade argued in discussion, was “brutally imposed”. SWP stalwart Peter Wearden crudely announced that the “purpose of this session” was “to help us fight sexism” – not a good approach to science. My suspicions of his one-dimensional ‘Marxism’ were confirmed when comrade Peter Wearden dismissed Chris Knight’s Blood relations as “feminist, not Marxist”, because it “put reproduction above production”. Actually he should try reading comrade Knight’s book … and meanwhile have another look at Engels and his Origin. After all, Engels stresses the centrality of the production and reproduction of human beings and their social relations.

How did this egalitarian society come to an end? What went wrong? Here comrade Hutchison advanced a confusing mixture of reasons for the breakdown of hunter-gatherer kinship relations and the emergence of class, developing into “full-blown class society” in the Egypt of the pharaohs “5,000 years ago”. And 10,000 years ago, in response to a drier, cooler environment developing in the Middle East, “light hoeing” horticultural work, which had been tolerable for women, gave way to “heavy agriculture”. This required an increased population, putting women under pressure to produce more children, while child-bearing women could not handle the beast-drawn plough. Women were separated from the means of production, matrilineal descent was overthrown and monogamy imposed – on women, not on men, as Engels rightly insisted.

The creation of surplus wealth, according to comrade Hutchison – following Engels – made exploitation possible, where it had been impossible in the supposed abject poverty of hunter-gatherer communism. But surely original communism would have required abundance? Certainly the communist living fossils who still inhabit the Congo jungle eat and drink as much as they want, perform necessary labour for no more than three or four hours a day and spend the rest of their time telling stories, flirting, playing games and all in all enjoying the good life. But that is, of course, missing from official SWP prehistory.