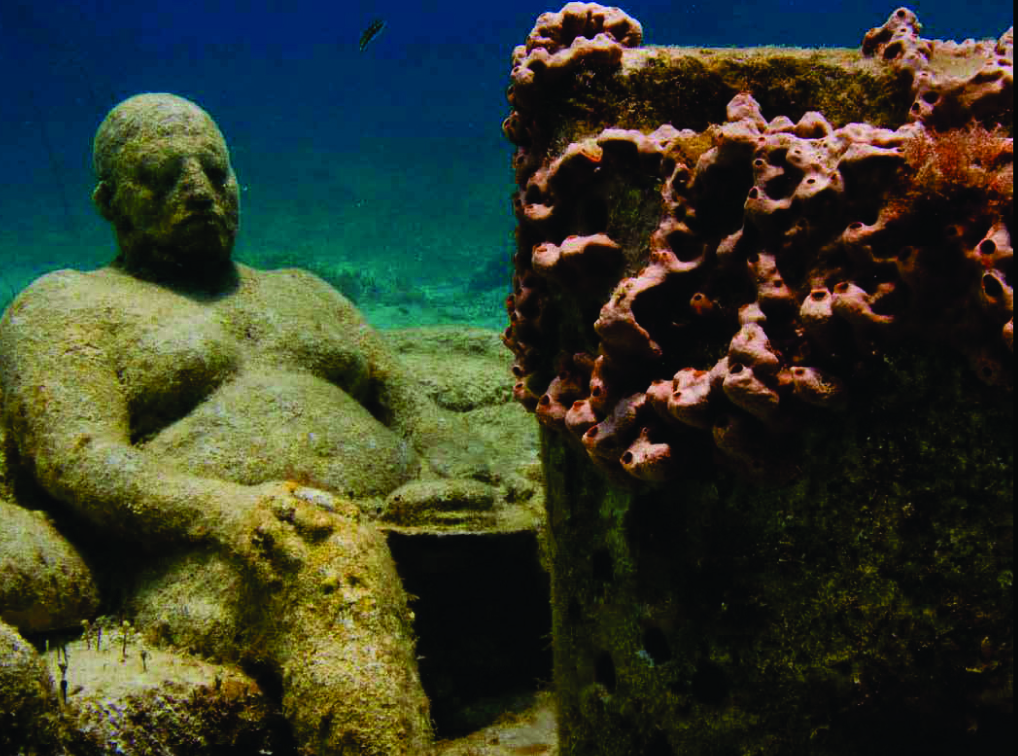 As long as it is treated as the private property of its most timid elements, Momentum is doomed, argues Jim Grant of Labour Party Marxists

Ever since Momentum was formed out of the email lists left behind by Jeremy Corbyn’s first leadership run, the question has hung over it as to what it is actually for.

For its enemies, its purpose has always been clear – to organise mobs of Corbynite thugs for purposes of intimidation of moderates and seizure of the commanding heights of the Labour Party; or else as the black rat whose fur hides a multitude of Trotskyist parasites, as they infest the party at a scale unmatched since the 1980s. Its methods are crude, its motives questionable. It is riddled with misogynists and anti-Semites. It has no legitimacy, nor is its fanaticism constrained by moral scruple.

This account of Momentum’s motivation is somewhat at variance with empirical reality, but that is always a secondary concern for the bourgeois media.

A more wide-ranging discussion was had on the left on this point when the group first coalesced, which polarised on the question of what should be Momentum’s attitude to Labour Party activity. Many – especially among those non-Labour lefts who hoped Momentum might become a vehicle for them to reach the Corbynistas without having to take out a Labour card – argued for Momentum to dedicate itself to ‘campaigning’, and look outwards: a prescription for movementism. At the opposite end, there was Labour Party Marxists: so far as I know, we were the only organised force to call for Momentum to focus on dislodging the right at all levels of the Labour Party and strengthening the left institutionally. Initial discussions ended, in substance, with a fudge on this point.

When we ask what Momentum is for today, a year and a bit after its birth, it is – alas – in an increasingly exasperated tone. What is it for? During the second leadership campaign, its members were directed to the phone banks, as full-blooded members of Jeremy’s campaign; Momentum itself kept a low profile (despite periodic stupid accusations from Citizen Smith’s Westminster Popular Front, quite as inevitable as death and taxes). As the right cleaned up at Labour conference, Momentum herded itself away at a no doubt cheerful extended fringe event elsewhere, making exactly zero impact and leaving a few of the more serious (Max Shanly was quoted a lot) isolated in their opposition to making a ‘peace offering’ to the right.

Finally, Momentum’s role in the Jackie Walker fiasco is well documented. Comrade Walker was booted out as vice chair, in a 7-3 vote, after she made comments that were later fraudulently misrepresented by various species of bad actor as anti-Semitic. On this point, we turn to the Morning Star – while we have had cause to ridicule that paper in recent weeks, the October 5 editorial on l’affaire Walker was really rather stirring stuff: “Removing Jackie Walker from her position as Momentum vice-chair … is an act of political cowardice and confusion,” it read.

Atypically, the Star was even in the mood to name names:

Vanquished challenger Owen Smith paraded his political ignorance during the election campaign by accusing the Alliance for Workers’ Liberty … of “left anti-Semitism” – an absurd formulation comparable with left racism or left Islamophobia. In reality, this supposed ex-party has well-attested pro-Zionist credentials. Meeting a witch-hunt halfway is unprincipled and doomed to failure.

The line about left anti-Semitism being an “absurd formulation” is unfortunate – it is not so easy, alas, to excise Mikhail Bakunin, Pierre-Joseph Proudhon and Henry Hyndman from history. The thrust of the above statement is correct, however – and it has ruffled a few of the right feathers. Condemning “an unwarranted attack on Momentum”, which “failed to take seriously Jeremy Corbyn’s determination to rooting [sic] out the evil of anti-Semitism”, Momentum chair (in reality, proprietor) Jon Lansman replied the following Saturday in ridiculous but revealing terms. Walker’s comments were “ill-informed, ill-judged and offensive, though not anti-Semitic” (our emphasis). However, people would interpret them “in the context of earlier comments”, which have “made Jackie a focus of media attention especially on issues relating to anti-Semitism, which should have led Jackie to consider carefully whether to intervene in such discussions and to show great care if she did so”.

I invite readers to recall to mind the charge Lansman was trying to refute here – cowardice. Yet his explanation more or less states directly that, given some confected media calumny, the proper response for any Momentum member is craven silence (a stance copied by the Labour Representation Committee – it voted to condemn Momentum over the Walker affair – but then voted to keep its vote… secret). Certainly, if the media tells the right sort of lie about you, expect only backstabbing from the leadership. He invoked the anniversary of Cable Street, but Lansman’s piece would only be in the spirit of the famous battle if it had consisted entirely of the Jews of the East End conceding readily to the fascists that there really were rather too many Bolsheviks and traitors among them after all, and then throwing a few scapegoats out to their fate. What an insult.

Thus is the state of Momentum. It won’t turn a left-wing insurgency into votes at conference; it won’t allow any action minutely at variance with the attitude of the Labour leadership; the self-appointed leadership clique won’t even defend its own members against baseless slurs. So, indeed, what is Momentum for?

It is traditional on the left to correct a mistaken course at a conference – of members or delegates, as appropriate – although perhaps the appropriate nautical metaphor would be not course correction, but steadying a ship that is listing violently and in danger of following the Mary Rose into the drink. If there are disputes, or problems, sort them out democratically, before the whole membership, and beyond them the whole movement, inasmuch as the whole movement takes an interest. What’s not to love?

Well, evidently something, for we are still waiting. There are vague mutterings of a conference in February – we note that there have been mutterings before now, which have come to nought but further delays. The wrong conference, according to someone or other powerful enough to swing things, is a worse outcome than no conference at all.

This is plainly not a universal opinion. A document reaches us written by Jill Mountford of the AWL and Michael Chessum, who at this point may as well be a member of the same – the two voted alike, treacherously, when Walker’s case was before them.1)www.facebook.com/MomentumTeesside/posts/989609807852015 However ill-disposed we are to such elements, now of all times, there are reasons to welcome this document, for it is a proposed constitution (or at least the basis for one), to be debated at this February conference – which is definitely going to happen, honest.

It has good features and bad – on the plus side, conference is to be sovereign, the executive (or ‘steering committee’) is to be elected from among the leadership themselves (‘national committee’), and there are relatively few layers involved. On the other hand, the composition of the national committee as proposed is comically over-complicated; 25 members to be elected at conference, 25 in an atomised internet poll, two each for four “liberation campaigns” (we fear that comrade Chessum is hung up on his glory days as Great Helmsman of the University of London Union red base, and thus uses the NUS-ese for ‘caucus’), two more from a youth and students group, and two more for each affiliated union. Each of these groupings is to be individually gender-balanced. This ticks the usual tokenism boxes, with the (we’re sure) entirely unintentional side-effect of giving any small group 13 separate bites at the NC cherry, plus two for each trade union.

We will take such favours, of course; but we do not confuse them for real headway. There is a perfectly decent way to elect a leadership – at conference. Conference itself shall be sufficiently sovereign to decide the gender composition of the leadership, surely; or do Chessum and Mountford think that male chauvinism is best confronted not through open political combat, but by writing the correct numbers down in a constitution? Likewise, why do caucuses – ahem, sorry, “liberation campaigns” – need to be mandated in a constitution? Can people not – you know – just get on with it if they are so important? We are not waiting for a Marxists’ caucus to be formed from above to pursue our aims, and frankly we expect that, say, Jackie Walker – who insists against all reason that her misfortune is on account of her being black – will not wait either to pursue that particular line of argument.

This still leaves the issue of trade union affiliates. It is our opinion that there is little point in Momentum being a smaller copy of the Labour Party, with affiliates and all; far better to focus on developing a political line of attack and alternative to the right. Nonetheless, there are already trade union affiliates, and it would be pedantry to spend weeks recalibrating that relationship. If Momentum is to have an affiliate structure, however, why should we stop at unions? Why should there not be ‘socialist societies’ too? We wonder, with genuine curiosity, whether the AWL would be comfortable as an open affiliate. Labour Party Marxists, naturally, would welcome the opportunity.

If there is any luck, the February conference will happen – or at least start to loom threateningly enough that Lansman and co will have to make serious excuses for it not happening – and a debate will be had, in the interim, about what shape Momentum ought to take.

Yet there are matters which are necessarily not covered in discussions of organisational structure; for we must in such discussions leave out the names of those who will fill the structure. Thus, if there is an opportunity for Momentum to democratically decide its leadership, it is a baseline requirement that Jon Lansman not be on it.

There is the obvious matter that he is one of seven current steering committee members who, by their betrayal of Jackie Walker, have placed themselves definitively outside the ranks of those able to lead anything: they are cowards – or else they are politically committed Zionists and thus apologists for heinous crimes. (Thus also – whatever the fate of their constitution – we look forward to the political exile of Chessum and Mountford.)

But look also at the reasoning, whereby he defends his conduct in relation to Walker – wielded like a cudgel is Jeremy Corbyn’s determination to root out anti-Semitism. When rank-and-file Corbynistas give rightwingers a piece of their mind, and get hauled up for ‘harassment’, the word comes down about obeying “Jeremy’s call for a kinder politics”, or whatever it happens to be; when the balance of power on the NEC is gift-wrapped by the leadership for the right, Lansman ensures that people are safely elsewhere. Corbyn vacillates and compromises, and so does John McDonnell; they are, after all, Labour lefts of the old school. It is part of who they are. Lansman’s role is to ensure that everyone else does as well. It is, after all, so terribly important to get the Tories out.

He has to go – along with the other six.