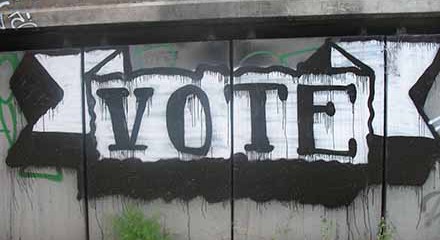 The current process of ‘trigger ballots’ is far from adequate to choose our representatives. We believe that any such ‘checks and balances’ should be abolished. Members should have the right to easily chose who should represent them and their constituency. We need a system of true mandatory selection. Quite simply, everybody who wants to stand as MP (including the sitting MP), should have to put themselves forward to the local membership who should decide in a democratic and transparent vote.

Two rule change motions that would introduce such mandatory selection of MPs have been voted through CLPs in time for conference 2017 – but in accordance with one of the plethora of undemocratic clauses in the LP rule book, these procedural motions are then ‘parked’ for almost 14 months before they can be finally discussed by delegates at the 2018 conference. (Note, a motion from Filton & Bradley, Stoke and Newport West to this year’s conference proposes to do away with this crassly anti-democratic rule. Absolutely correct!)

Reform to the selection procedure for Westminster Parliamentary Candidates

Replace Clause IV.5 and IV.6 with the following:

“5. Following an election for a Parliamentary constituency the procedure for selection of Westminster Parliamentary Candidates shall be as follows:

Consequential amendments to be made elsewhere in the Rule Book where the ‘trigger ballot’ is mentioned.

We need to ensure candidates are in place in case of by-elections or snap elections, and to allow the candidate time to spend getting to know the CLP, the local issues and joining local campaigns. The timetable should be sufficiently flexible to ensure adequate time for political reflection following a defeat in the constituency, while responsive enough to get the campaign up and running early.

Replace paragraphs (A) and (B) by the following:

‘A. If the sitting MP wishes to stand for re-election the standard procedures for the selection of a Prospective Parliamentary Candidate shall be set in motion not later than 42 months after the last time the said Member of Parliament was elected to Parliament at a general election and before any scheduled or “snap” general election. The said Member of Parliament shall have equal selection rights to other potential candidates save for those outlined in paragraph.

B. The said Member of Parliament shall have the right to be included (irrespective of whether he/she has been nominated) on the shortlist of candidates from whom the selection of the Prospective Parliamentary Candidate shall be made.’

Consequential amendments to be made elsewhere in the Rule Book where the ‘trigger ballot’ is mentioned.

Labour MPs are not independents, solely elected by their constituents. They are selected by the Labour Party and benefit from Labour funds, national party campaigning, local members on the ground etc. As such they should be accountable to the party and in particular to local members before each election.

Many Party members are now of the view that some Labour MPs take insufficient account of the views of their CLP and of Annual Conference, our Party’s sovereign body. One reason for this is that adequate mechanisms of accountability are non-existent in our Party. Effectively, a Labour MP in a ‘safe’ seat has a ‘job for life’ – well into their 80s in some cases. Indeed, some Labour MPs in Scotland clearly took this view until, of course, ‘safe’ Labour seats ceased to exist north of the border. There was one well- documented case of a Labour MP who had not been out canvassing for some 20 years. And it was not only in Scotland – in South Shields CLP, when David Miliband left, the marked-up register was found to be a mere 0.3%.

You will see that our proposed rule change makes provision for the sitting MP to automatically to be on the selection list if s/he wishes.