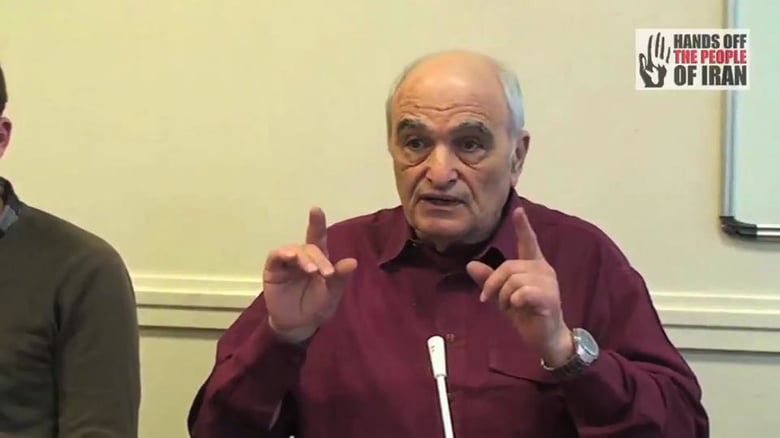 Of course, professor Machover’s in-depth knowledge of Middle Eastern history, as well as his expertise on the Israeli-Palestinian conflict, has played an important role in strengthening Hopi’s principled positions in opposition to this type of reactionary nationalism – which is alive both within the Iranian opposition and sections of the Islamic Republic regime – at a time when our focus remains one of campaigning against the threat of war and military intervention in Iran. As an independent member of Hopi’s coordinating committee (one not associated with any particular political organisation), he often plays an important role bringing together various opinions within the committee.

Moshé Machover is despised by Zionists because he has spoken on a number of occasions (including at Hopi public meetings) about Israel’s nuclear capabilities and in particular the Dimona nuclear plant. This is a very important issue, given the continuing discussions on Iran’s nuclear capabilities and the threat of a new conflict in the region. We can only assume that it is such comments that have led him to face the ridiculous accusations, equating anti-Zionism with anti-Semitism, levelled against him by the Labour Party head of disputes. It is as if Hopi was accused of being anti-Iranian or Islamophobic because of its opposition to the particular form of religious government that is currently in power in Iran.

The first letter professor Machover received from the Labour Party disputes committee accused him of anti-Semitism for the ‘crime’ of putting the record straight on historical links between some German Zionists and the Nazis. Hopi has often mentioned the historic connection between Reza Shah Pahlavi, the shah of Iran from 1925 to 1941, and Nazi Germany. This an historical fact, which some nationalist Iranians, especially royalists, do not like being reminded of. That does not make Hopi a supporter of Nazism: recalling such historical associations does not make us anti-Iranian.

Let us be very clear: this debate is not about anti-Semitism. In fact it is not solely about anti-Zionism. The reality is that the right wing of the Labour Party wants to toe the imperialist line of the US state department and the British foreign office. The Labour Party under Jeremy Corbyn accepts Nato membership and the renewal of Trident and anyone dissenting from such policies is regarded as unwelcome by the Labour right, who will do what they can to expel such individuals.

Hopi has benefited from the support of prominent Labour MPs, as well as individual Labour Party members. These were mainly those opposed to war, those who stood up against the Blairite policy of tailing the US line in the Middle East. We had hoped that a Corbyn leadership would see increased cooperation between Constituency Labour Parties and Hopi at a time when Donald Trump seems intent on the ‘decertification’ of the nuclear deal with Iran. That is why we are so disappointed by the speech made by shadow foreign secretary, Emily Thornberry. at the Labour Party conference.

Hopi is fully committed to the defence of professor Machover’s anti-Zionist stance. In expressing our continued opposition to the Islamic Republic of Iran, we do not forget that there is another religious-based country in the region – one that already has nuclear weapons and whose actions have been a constant threat to peace in the region: ie, the state of Israel. That is why we will not tolerate soft Zionists within our ranks, whether they are members of the Labour Party or any other organisation