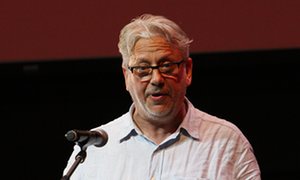 A call from Labour Party Marxists

Momentum’s National Coordinating Group (NCG) has agreed a statement on anti-Semitism, which, while not available on its website, seems to be very much in keeping with Jon Lansman’s comments on the issue. This does not come as much of a surprise. He is, after all, the owner of Momentum. So we read in The Guardian that the statement condemns “anti-Jewish bias”, which is apparently “more widespread in the Labour Party than many of us had understood even a few months ago”. Obviously, this had nothing to do at all with the increased attacks by the right on the party on this issue.

We read that Lansman is working with “external groups” on developing anti-Semitism awareness training for Labour members. Judging by his uncritical description of the March 26 anti-Corbyn rally, ‘Enough is Enough’, on Radio 4 as an “anti-racist rally” and a “demonstration on anti-Semitism”, 1)Today Radio 4, April 3 (www.bbc.co.uk/programmes/b09xcsdb we fear that he has not just the pro-Zionist Jewish Labour Movement in mind (which would be bad enough), but might well be in touch with some even more ‘mainstream’ forces like the Board of Deputies or the Jewish Leadership Council.

This sad story underlines why we will not be advocating a vote in the forthcoming NCG elections. Firstly, it is an entirely useless body, designed by Lansman and imposed on the organisation with the constitution he wrote in the wake of his coup of January 10, 2017 in which he abolished all democratic national and regional structures in the organisation. It is there to rubber-stamp whatever Lansman wants it to do.

Secondly, most of the candidates are utterly useless. The Alliance for Workers’ Liberty is putting forward some of their members and supporters, including three who have been on the NCC for the last 12 months. There is a chance that Sahaya James and Rida Vaquas actually support Lansman’s NCG statement – after all, they are supporters of the social-imperialist organisation that portrays pretty much the entire left as anti-Semitic, with AWL leaders actually describing themselves as “Zionists”.