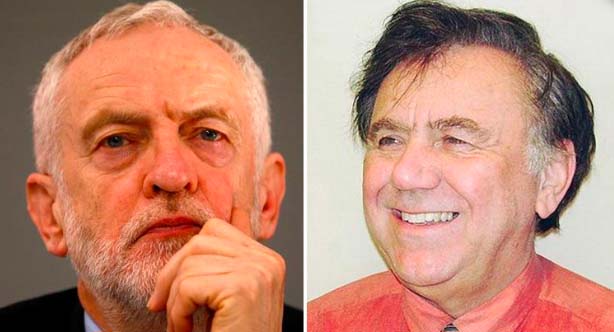 Even after everything that has gone before, the attacks on Pete Willsman for his comments at last month’s meeting of Labour’s national executive committee are truly incredible.

Comrade Willsman can be heard in a secretly recorded intervention questioning the allegations of ‘anti-Semitism’ among Labour members. He said: “I think we should ask the … rabbis [who had been amongst those making such absurd accusations – PM]: where is your evidence of severe and widespread anti-Semitismin this party?” Some people, he said – including those whom he described as “Trump fanatics” – were “making up duff information without any evidence at all”.

And that is it. Yet, absurdly, comrade Willsman himself has been attacked throughout the media for anti-Semitism! The press has rushed to give space to the ludicrous responses of anti-Corbyn Zionists. For example, Marie van der Zyl, president of the Board of Deputies of British Jews, described the above words as a “disgusting rant against the Jewish community and rabbis”, for which he should be “summarily expelled”! As for Luciana Berger MP, the parliamentary chair of the Jewish Labour Movement, she absurdly declared: “Anyone listening to this recording will be appalled to hear the venom and fury directed by Mr Willsman at the British Jewish community”!

Er, he was not attacking the “Jewish community” at all. He was angrily criticising all those – Jewish or not – who were responsible for so many false allegations. Quite right too. And just about everyone in the room knew that what he said was true, but no other NEC member dared say so, it seemed.

And now Momentum has responded by dropping comrade Willsman from its list of recommended candidates for election (in his case re-election) to the NEC. The statement from the “elected officers of the national coordinating group” noted: “While it is welcome that he has made a full apology and will attend equalities training, his comments were deeply insensitive and inappropriate for a Momentum- backed NEC candidate.”

It is difficult to know whether to laugh or cry at such nonsense. But it is very much a pity that comrade Willsman felt any need to apologise – let alone accept the need for “equalities training”! While it was hardly a “full apology”, his expression of regret for failing to discuss “contentious issues” in a “fully civil and respectful way”, itself gave too much ground to his accusers. He was right to be angry at the campaign of slander directed against good comrades and he should not have retreated on this.

Hopefully those Labour members who have not yet voted will show Jon Lansman and co what they think of this by voting for all nine candidates, including comrade Willsman,on Momentum’s original recommended list.

Please join Labour Against the Witchhunt, which will be organising a number of interventions and events at this year’s Labour Party conference – including a counter-mobilisation to the demo planned by the right.