Labour HQ has decided upon yet more suspensions. Carla Roberts reports on the appalling consequences of appeasement

Tom Watson’s inaugural meeting of rightwingers in parliament this week certainly looked quite impressive in terms of numbers – there are reports of up to 140 people present, including between 60 to 80 current Labour Party MPs, among them “at least 13 members of the shadow front bench”. But dig a little deeper and the thing looks decidedly uninspiring.

Despite its name, ‘Future Britain’, this outfit is looking firmly back towards the past: “I feel that the voice of the social democratic and democratic socialist traditions hasn’t been strong enough in recent times,” said Watson. Darren Johnson, MP for Bristol North West, expanded: “This is the coming together of the TBs and GBs.” So we presume Tony Blair is supposed to be the social democrat and Gordon Brown the democratic socialist? Have we got that right? It does not matter, really. “Even some of Watsons’ supporters remain unsure what his ultimate intentions are,” writes The Guardian, not known as a friend of Corbyn’s.

Apparently, the group wants to “concentrate on policy development”, move alternative papers to those of the national policy forum and other such exciting things. The New Statesman believes that Tom Watson is “in effect trying to provide a support network and safe space for Labour MPs contemplating life outside the party”.

They can call it what they want, but we know that it is part of the ongoing slow coup against Corbyn. They know they cannot challenge Corbyn in a leadership contest, because they are bound to lose. The membership is still firmly on his side. So Future Britain is very much part of the campaign to kill Corbyn’s leadership through 1,000 cuts, as is the formation of Chuka Umunna’s The Independent Group. In and of themselves, they would not amount to much.

But they have to be seen within the exceptionally successful and very much ongoing campaign to paint Corbyn and his supporters as anti-Semites. This was the only muck that ever really stuck – because Corbyn and his allies allowed it to stick. They bent over backwards to try and prove to the right that they would take the allegations seriously and ‘sort it out’ – when clearly it was only ever a miniscule problem, reflecting the low-level prejudice and racism that exists in wider society.

But, by suspending one person after another on false and trumped-up charges of ‘anti-Semitism’ (or expelling them for ‘bringing the party into disrepute’) and by adopting the much-disputed definition of anti-Semitism published by the International Holocaust Remembrance Alliance, the party could only ever achieve the opposite: ie, it is demonstrating that Labour has indeed a ‘huge problem’. The fact that 12 members have been expelled over anti-Semitism does not prove that the party is dealing with that problem – but that it has let off the other 661!

Now the Jewish Labour Movement, which has sadly voted to remain a part of the Labour Party for now, has succeeded in getting the government quango, the Equalities and Human Rights Commission, to open an investigation into the Labour Party over anti-Semitism. And at the same time – as if to show how important such an investigation is – the compliance unit seems to have lost all sense of proportion.

Not only have automatic suspensions for the most minor of accusations been reinstated – in clear contravention to what Shami Chakrabarti recommended following her inquiry. We have also seen members being suspended for even questioning the claim that there is a big anti-Semitism problem in the party.

For example, part of the case against Jackie Walker (whose expulsion hearing takes place on March 26) is that she described the witch-hunt against her and others as … “a witch-hunt”. That charge was, of course, added after her suspension. So fighting back against your suspension becomes part of the charge sheet against you – that is clearly against all natural justice and reeks of Kafkaesque madness.

These are just some of the latest suspensions that we have become aware of:

– Councillor Stuart Porthouse, former mayor of Sunderland, was suspended for sharing an interview with George Galloway on Sky News, in which the former MP said the party was not-anti-Semitic.

– The suspension of Chris Williamson MP also clearly falls into this category: he is not charged with saying anything anti-Semitic, but questioning if the party’s tactics were wise.

– Councillor Jo Bird from the Wirral has been suspended for making a number of jokes, like changing ‘due process’ to ‘Jew process’ (she is Jewish herself).

– Sean McCallum, mayoral candidate in Mansfield, has been suspended on the basis of two 25-months-old tweets questioning the origins of a meme that Naz Shah MP had posted three years ago.

– Asa Winstanley, investigative journalist with the Electronic Intifada, has been suspended for calling out the Jewish Labour Movement on Twitter: “Israeli embassy proxy the JLM confirms it was responsible for the referencing of Labour to the Equality and Human Rights Commission for supposed ‘institutional anti-Semitism’. Shameless sabotage of the party.”

– Last but not least, we are also seeing a new attempt to ‘get’ eminent Middle Eastern expert Moshé Machover, who John Mann MP and the JLM first tried to have suspended back in 2017, after we reprinted his article, ‘Anti-Zionism does not equal anti-Semitism’, in our Labour Party conference issue of Labour Party Marxists. But the compliance unit did one better and expelled him under clause 2.1.4.B (‘Exclusions’) in the party’s rulebook. You see, because comrade Machover attended meetings organised by LPM and the CPGB, it was seen as ‘proven’ that he was a member of LPM, CPGB (or both) and therefore not eligible for membership of the Labour Party.

Comrade Machover, however, managed to get not only some very pointed lawyer’s letters to the compliance unit: his expulsion also led to an international outcry and the party was flooded with supportive statements and resolutions. Within 30 days, the party reinstated him as a full member. The original charge that his meticulously researched article was anti-Semitic was never looked into, “because you are not currently a member of the Labour Party”, as his expulsion letter stated.

This week though, the Jewish Chronicle is fronting another attempt to get him on those allegations. As part of the campaign to charge Jeremy Corbyn with ‘interfering’ with disciplinary cases, the JC reminds its readers of comrade Machover’s crime: “He quoted Reinhard Heydrich, the architect of the final solution, to support the notion that the Nazis supported Zionists before the holocaust.” I mean, where do we get if we actually start quoting sources to make a point?

The JC has also dug up a number of newish quotes from comrade Machover, “who has continued to make controversial remarks”: for example, “Mr Machover also claimed Israel’s ministry of strategic affairs had driven an ‘immense public campaign’ in the UK against Labour’s new guidelines on anti-Semitism.”

That is, of course, common knowledge – as well as the fact that the pro-Zionist lobby put enormous pressure on the party to accept the disputed IHRA definition of anti-Semitism, including all 11 examples. The paper also quotes from a speech at Labour Against the Witchhunt’s conference, when he “compared incidents of anti-Semitism in the party to the hunt for paedophiles – suggesting eventually someone will be found”.

Of course, he did not “compare” the two. As opposed to the hack from the JC, I was actually there. Comrade Machover said: “… of course there are some anti-Semites in the party, just as no doubt there are some paedophiles, but it is definitely not the major problem it has been portrayed to be”.

None of these so-called accusations would hold up in any bourgeois court system. But unfortunately, we cannot be sure of what kind of madness has broken out in the compliance unit – we would not put it past them to suspend comrade Machover too. Having accusations printed in the Jewish Chronicle is usually the first step in the campaign to get somebody suspended – Asa Winstanley first learned of his own suspension from that rag. Comrade Machover, however, is not one to go down quietly. The compliance unit might well stretch itself too far with such a move – which could have all sorts of unintended consequences.

We hear that Jeremy Corbyn is getting increasingly unhappy about some of the recent suspensions – especially that of Chris Williamson MP. How much longer can he simply watch, as one of his supporters after another is handed over to the witch-finders in the compliance unit?

Yes, he is a prisoner of the rightwingers in the Parliamentary Labour Party and it is true that even his long-term ally, John McDonnell, now appears to have fully jumped on board the ‘anti-Semitism’ crisis bandwagon (which Momentum’s owner, Jon Lansman, has been sitting on for quite some time).

But Corbyn still has a voice – and he is, after all, the reason why hundreds of thousands of members have joined the party. If he spoke up – publicly – in support of Jackie Walker, Chris Williamson, Jo Bird, Moshé Machover and Asa Winstanley, he could make a massive difference to the outcome of the civil war in the Labour Party.

September 22, 2019 Comments Off on Clause four: Fight for real socialism! 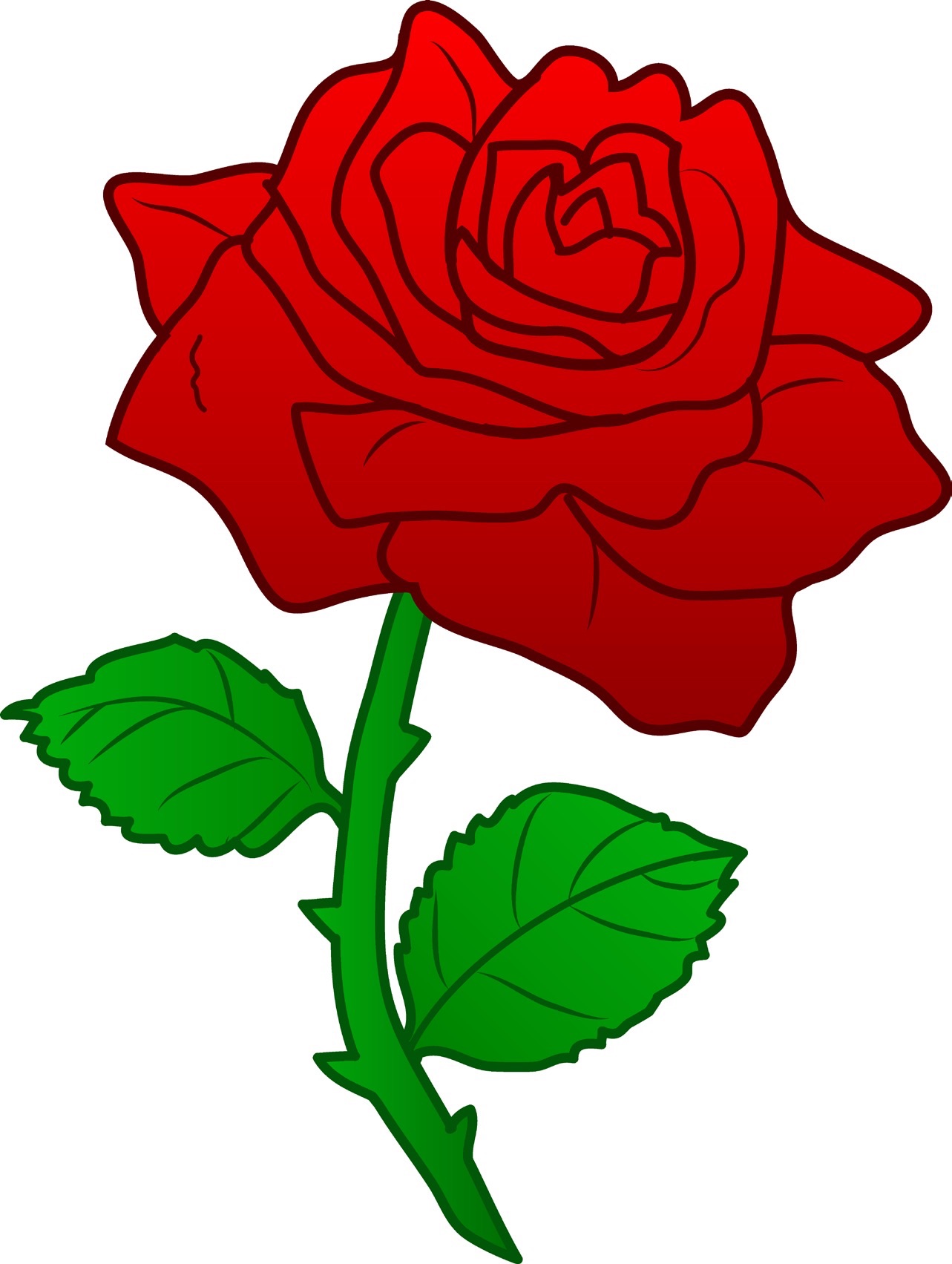 The culture we need comes with thorns

Turn the tables on the right