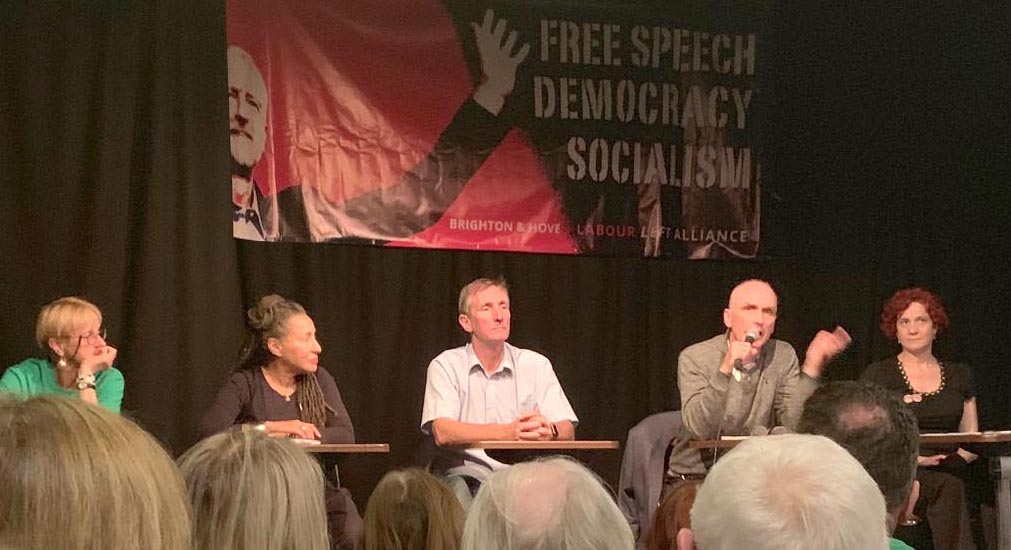 Brighton Labour Left Alliance has pulled off an amazing feat by setting up a range of events on the theme of ‘Freedom of Speech’ during Labour Party conference. On Saturday, almost 100 activists packed into an upstairs room in the Rialto Theatre. Greg Hadfield, the key organiser of these events, spoke of the threats made against a number of venues booked by the left, leading to their cancellation. It says a great deal for his determination and courage, and that of his Brighton comrades, that we were able to listen to militant speeches from Ann Mitchell (chair of Brighton Palestine Solidarity Campaign), Tina Werkmann (Labour against the Witchhunt), Jackie Walker and Chris Williamson. The efforts of the witch-hunters had the opposite effect intended.

Chris Williamson spoke of his determination to continue to speak out honestly and to fight oppression, and of his determination that he would not be cowed, even if he was reinstated. Tina Werkmann warned of the rule change by the NEC which fast tracks expulsions. The right-wing are determined to destroy the left. But they have a fight on their hands.

Events will continue all week, click here for more info.