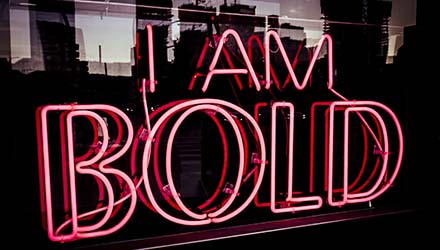 The Labour Representation Committee has decided to withdraw from the Labour Left Alliance. As we understand it, this decision was reached at a meeting of its executive, but was far from unanimous. Graham Bash, for example, tells us he argued “strongly” against it.

In his article in last week’s Weekly Worker, he stated that “rebuilding the Labour left is a matter of extreme urgency”. Quite right. According to the LRC’s statement, however, launching the LLA in July 2019 – three and a half years after Jeremy Corbyn’s election – was “premature” and “a short cut”. We disagree. If anything, this launch has come very, very late – hopefully not too late.

Thanks to John McDonnell (who will remain president of the LRC despite his effective cooperation with the witch-hunters), there is now real pressure on Jeremy Corbyn to step down as Labour leader, should the party lose in the December 12 general election. Any candidate who wants to replace him will still require 10% of the votes of all MPs or MEPs. This remains a very difficult hurdle to clear for any leftwinger (not that there are that many). Sadly, in the hope of appeasing the right, Corbyn and his allies have refused to back measures that would help change the composition of the Parliamentary Labour Party – they instructed Len McCluskey to use his Unite block vote at the 2018 Labour conference to vote against the mandatory reselection of parliamentary candidates (aka ‘open selection’).

There was, of course, the earlier Grassroots Momentum initiative, which was set up just after the Jon Lansman coup of January 10 2017. But it was underorganised and, crucially, allowed the witch-hunting Alliance for Workers’ Liberty to participate – no wonder it came to nothing. After all, AWL members had helped Lansman to boot Jackie Walker off the leadership of Momentum (just before they in turn were booted off). Important lessons have been learned from this disaster: the LLA founding statement crucially contains the principled positions that it “opposes attempts to conflate anti-Zionism with anti-Semitism” and that it supports “the democratic and national rights of the Palestinians” – both demands that the AWL social-imperialists would not support.

The rightwing campaign against Corbyn and his supporters has been raging for over three years, but there is still no viable organisation that can exercise any real pressure from the left, as the politically corrupt selection process of parliamentary candidates is clearly demonstrating. Since last week, we have heard about three more leftwingers who were removed from their local shortlist – just before the hustings meeting that was voting on the parliamentary candidate. In South West Norfolk, the selected Labour candidate, Matthew Collings, was suspended one day after his election. The ‘evidence’ presented is, as can be expected, laughable: it includes support for Chris Williamson and Labour Against the Witchhunt. However, decisions reached because of the party’s “need to exercise due diligence” cannot be challenged – an affront to democracy, clearly.

So, while this is very strange timing from the LRC (which released its statement one day after the general election was called), its decision does not come as a great surprise to those involved in the LLA. We understand that the LRC’s representatives on the LLA organising group (OG) have been somewhat reluctant to get involved in actually building the initiative, despite being one of the two principal organisations (along with LAW) that set up the LLA back in July.

LRC’s statement contains a good number of inaccuracies, while giving the impression that it was somehow in a minority within the LLA and therefore could not achieve all the many good things it wanted to. And it mainly blames Labour Against the Witchhunt. Readers should keep in mind, however, that LAW only has three representatives on the LLA OG (which had over 30 members). The LRC, on the other hand, had its three national reps, plus three more from local LRC groups that had affiliated. The three delegates from Red Labour are also close to the LRC. Clearly, they could have easily outvoted LAW’s representatives on any issue, had they so wished.

It seems to us that, in reality, the LLA has developed more quickly, more successfully and with a stronger forward ‘momentum’ than the comrades had envisaged or could keep up with. The LRC is a rather slow and inert organisation, with very few active members (just over 100 made it to the last AGM). It argues that the LLA should not move beyond the stage of a network and should, under no circumstances, elect any officers. The flaws of such an untransparent structure of ‘volunteers’ taking initiatives (or not) have, however, become increasingly obvious in recent weeks, as the pressure to elect officers has grown.

The LRC’s inertia has, of course, a political basis. The organisation used to act as entirely uncritical cheerleaders of the official Labour left. With the left now running the party leadership, the LRC has come under increasing pressure to criticise the many political retreats and the ever-expanding witch-hunt in the party. But it is clearly struggling with that role: it is used to defending Corbyn, McDonnell and co, rather than criticising them. The LRC looks to us like an organisation at an important political crossroads and it could dwindle into oblivion pretty quickly. That is not something we would celebrate.

What are their arguments?

We repeat: it is a shame that the LRC has decided to jump ship, especially at this crucial time in the civil war and the witch-hunt. Many LRC members have expressed disagreement with this decision online and it is good to see that the departure has – so far – not harmed the LLA. It might actually help it to move forward at a quicker pace and allow it to set its sights far higher. In which case the LRC will hopefully come back on board soon.