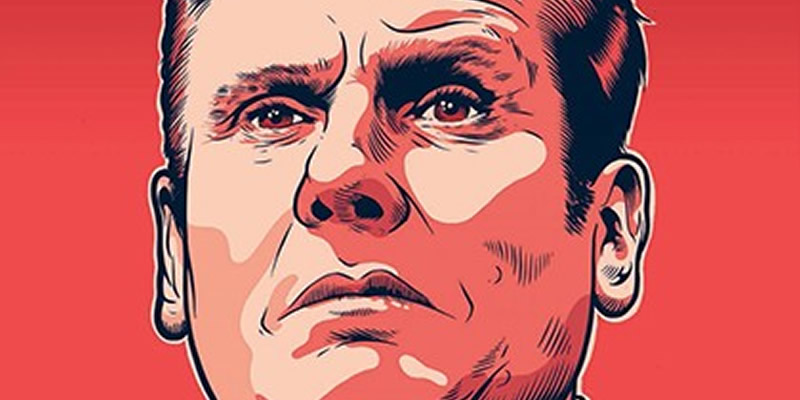 Perhaps unsurprisingly, given the government’s shambolic handling of the Covid-19 crisis, a recent opinion poll puts Labour ahead of the Tories – for the first time for well over a year. A survey published by Opinium on September 27 showed 42% support for Labour, compared to 39% for the Conservatives.

And no doubt Sir Keir Starmer was more than pleased to hear that 55% of voters think he is “ready to lead the country”, compared to the minority of voters who approve of Boris Johnson’s performance in relation to the pandemic. After all, Starmer prides himself on his “constructive” opposition to the Tories over Covid – this has been positively reported across the media, much of which regards him as a ‘safe pair of hands’. He is a Labour leader like Tony Blair, who can be relied on to act in a “patriotic” way (to use his own expression), and defend the interests of British capital.

Typical was Starmer’s position in relation to the Overseas Operations (Service Personnel and Veterans) Bill, which was given a second reading by the House of Commons on September 23. This appalling piece of legislation seeks to reduce to a minimum the chances of soldiers or former service personnel being prosecuted or made subject to private legal claims as a result of occupations and other imperialist actions conducted overseas.

Following their victory in the December 2019 general election, the Conservatives promised to introduce legislation “to tackle vexatious legal claims that undermine our armed forces” and as a result the bill “seeks to raise the threshold for the prosecution of alleged offences.”

If passed into law there would be a “triple lock” to give current army personnel and veterans “greater certainty” that “the pressures placed upon them during overseas operations would be taken into account when prosecution decisions for alleged historical offences are made”.

There would also be a time limit on any civil claims regarding “overseas operations” and the government would be obliged to “consider derogating from the European Convention on Human Rights in relation to significant overseas military operations”.

Clearly, this is an attempt to re-establish the legitimacy of foreign adventures by appearing to defend the rights of veterans. We, of course, have no wish to see former rank-and-file soldiers dragged through the courts. It is imperialism we want to hold to account. If anyone should be on trial it is top-brass generals, former and current cabinet ministers and the professional liars of the mass media. This side of a full blown social revolution, that is unlikely to happen. So meanwhile the principled left must oppose all imperialist wars and occupations … and laws which in effect give immunity to the torture, maltreatment and killing of captured enemy combatants and uncooperative civilians.

Revealingly, the Starmer leadership called on the party’s MPs to abstain on the second reading of the Overseas Operations bill. Defying the whip, 18 Labour left MPs, including Jeremy Corbyn, John McDonnell and Diane Abbott, rebelled and voted against. But clearly a good number of the 34 members of those belonging to the Socialist Campaign Group disgracefully obeyed the whip and abstained, while the Scottish National Party and even the Liberal Democrats voted against. But the bill went through to the next stage by 332 votes to 77.

Amongst the Labour rebels were three junior shadow ministers, Nadia Whittome, Beth Winter and Olivia Blake, who were promptly sacked by Starmer – only some four SCG shadow ministers remaining. But one has to ask, what on earth are people who claim to be socialists doing in a shadow capitalist government? Thankfully, however, groups like the Labour Left Alliance have not so far called for the three to be reinstated by Starmer, as they did in the case of Rebecca Long-Bailey.

The Socialist Campaign Group – which still includes four junior member’s of Starmer’s team within its ranks – was formed as a result of a split from the Tribune group in 1982. It was solidly Bennite and stood against the stampede to the right that culminated in former leftwinger Neil Kinnock expelling supporters of Militant by the score and Tony Blair replacing the famous 1918 state-capitalist clause four with his third-way managerial spiel. Frankly, the four, Dan Carden, Marsha de Cordova, Rachael Maskell and Andy McDonald ought to resign – either from Starmer’s team or from the SCG. Or they should be expelled from the SCG forthwith as out‑and‑out class traitors.

It is worth noting that the SCG, when it was formed, specifically barred its members from sitting on the front benches. For all its many and various faults, the SCG conceived of itself as being a politically coherent opposition within the Labour Party and clearly that would be incompatible with sitting in a cabinet or shadow cabinet. True, the SCG slowly shrunk to next to nothing under the Blair and Brown leaderships. By the time of Miliband it consisted of perhaps five or six MPs and did not even go to the bother of holding regular formal meetings.

That all changed with the election of Jeremy Corbyn. The SCG had to and did change its rules. After all, Corbyn was now the Labour leader and in charge of appointing dozens of shadow ministers. The opposition within Labour was the majority of the Parliamentary Labour Party, the majority of Labour councillors and whole layers of the Labour Party bureaucracy.

The bar against sitting on the front bench went in 2017. And suddenly, no surprise, existing and, especially, newly elected MPs wanted to join. To be a member was, for many, now a clever career move. A fast track into Corbyn’s shadow cabinet – along with, as an added bonus, a generous rise in salary.

So where does all this leave the Labour left? The SCG must go back to its pre-2017 rules. No-one who calls themselves a socialist should sit in Starmer’s shadow cabinet. Unfortunately, groups like the Labour Left Alliance and Labour Representation Committee have rejected the call from Labour Party Marxists to oppose as a matter of principle participation in a capitalist government or shadow government. And, have no doubt, despite Starmer’s youthful Socialist Alternatives dalliance – and his tactically astute acceptance of the economic measures contained in the 2019 general election manifesto – he is committed to forming a government that acts in a manner fully acceptable to the British establishment and its US allies and masters.

Albeit by implication, the LLA and LRC have betrayed socialism and adopted a British version of Millerandism – in 1889 French socialist Alexandre Millerand joined Pierre Waldeck-Rousseau’s government of ‘republican defence’ as minister of commerce. The cabinet included general Gaston Gallifet – the butcher of 30,000 Communards in 1871 – who served as minister of war. Obviously bringing in Millerand furthered the interests of French capitalism, not socialism.

The 1900 Paris conference of the Second International voted for a resolution drafted by Karl Kautsky on Millerandism (a ‘rubber’ resolution – Lenin). However, the 1904 conference in Amsterdam took an unequivocal stance. Socialists should not serve in bourgeois governments, period.