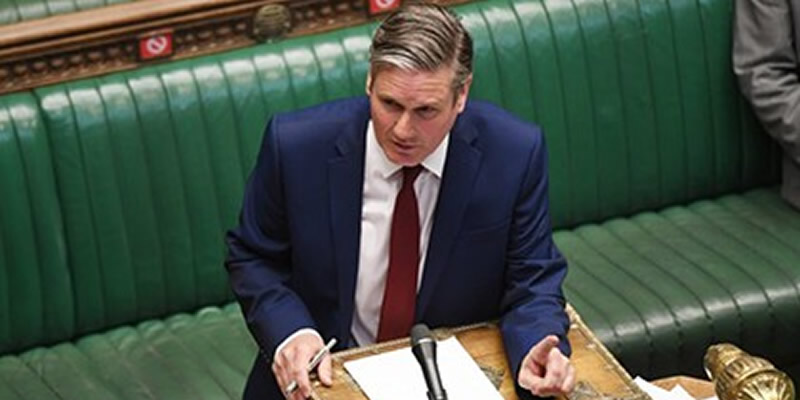 How should the principled left respond to the Starmer witch-hunt? James Harvey of Labour Party Marxists points to an alternative which goes beyond the narrow limits of fight or flight

The announcement of Jeremy Corbyn’s new Peace and Justice Project tells us a lot about the current state of politics on the Labour left. The “project” to “promote social justice, peace and human rights in Britain and around the world” will be launched at an online event on January 17 and has received the backing of leading official left figures, including Unite’s Len McCluskey, Labour MP Zarah Sultana … and a lot of formers, eg, former ANC minister Ronnie Kasrils, former Greek finance minister Yanis Varoufakis and former president of Ecuador Rafael Correa.

Encouraging, for all its limits, this has produced a surge of support. Within days of the announcement of the launch some 65,000 people had registered as supporters. However, the politics of the new initiative, in themselves, seem a rather unremarkable restatement of the pious hopes and worthy aspirations for ‘peace and social justice’ that characterises much of the contemporary left. Who can disagree with “combating poverty, inequality and unaccountable corporate power”? Who does not want to promote “peace, global cooperation … climate justice, self-determination, democracy and human rights”? However, when faced with these pleas for a better world, there are two most important and interlinked questions for Marxists. Firstly, will there be democracy? Will control be vested in the members or supporters? Or will the whole enterprise be run top-down? Will there be genuine debate or click button democracy? Secondly, what are the politics? Will the Peace and Justice Project be willing to adopt the politics necessary to overthrow the system that produces and reproduces inequality, poverty and war. Or will the ‘soft’ left clamp down on the ‘hard’ left? … as we saw in Momentum.

The “socialist alternative” offered by the Peace and Justice Project thus far is essentially a repetition of the managed capitalism outlined in Labour’s 2019 election manifesto. Politically and economically this combination of very light-touch Keynesianism and utopian left reformism presented no challenge at all to the state and the current capitalist order. That many on the soft left regarded these extraordinarily limited politics as “ambitious and agenda-setting” and still think that they make up a radical programme to transform society shows how far socialist consciousness has shrunk in recent years.

The paucity of this approach is reflected in the passive organisational form of the project, which is rooted in flabby, incoherent movementism. Instead of a militant programme, we are offered the chance “to create space, hope and opportunity for those campaigning for social justice”. In place of a fighting, coherent organisation we are invited to “build a network of campaigners, grassroots activists, thinkers and leaders, to share experiences and generate ideas about solutions to our common problems”. Although many awaited Corbyn’s announcement with great hopes, the ‘project’ is rather underwhelming. Instead of a call to begin a real fightback all we are presented with are the rehashed politics of Corbynism – and yet another think tank! Far from announcing a new beginning, the Peace and Justice Project really marks the final political bankruptcy of Corbynism.

The reason why the announcement of this new project was so eagerly awaited lies in the hopes of many on the Labour left that the enthusiasm for the original Corbyn movement could somehow be recreated. The return of the ‘king over the water’, it was hoped, would wipe away the bitter memories of electoral failure in 2019 and the subsequent demoralisation and retreat by the official left. The acceleration of the witch-hunt by Starmer and the failure of the official Labour left to mount any real defence of purged comrades only adds to the sense of hopelessness and disorientation. The left in the Constituency Labour Parties is desperate for leadership and a sense of political direction. However, on the basis of the available evidence, any hopes that it is the Peace and Justice Project that will give such a lead have been well and truly dashed, even before its formal launch. Far from taking us forward, this project will only further add to the demoralisation and confusion on the Labour left.

Given this likely outcome, we need to take stock and look at the perspectives for both the Labour left and the party more generally. Starmer and the Labour right look set to press ahead with the witch-hunt and crush the Labour left as an effective force in the CLPs (despite the Corbyn leadership, the left in the parliamentary party amounts to little more than a nothing). The right want to ensure that Labour is once again secured as the safe ‘second eleven’ of British capitalism. The fright that Corbynism and the growth of a left mass membership gave these Labour lieutenants of capital must be expunged, if Sir Keir is to make it into No10 and fulfil, at last, his Pabloite project (ha!). But the ‘Anti-Zionism equals anti-Semitism’ witch-hunt has a logic of its own. Starmer is not in control, he is controlled. The witch-hunt itself – not some prior project – is what could well lead to him breaking the trade union link and to the final de-Labourisation of Labour. Blairism fulfilled! … without a master plan, without any theory, without think tanks or focus group triangulation.

Starmer has already succeeded in outmanoeuvring the parliamentary leadership of the official Labour left. By their self-censorship and surrender to the witch-hunt, the Socialist Campaign Group of MPs have actually agreed to silence themselves. Like the Tribune Group in the late 1970s and 1980s they will be tolerated and may even have their uses for the party leadership as a neutered, although increasingly irrelevant, tame ‘left’. For the real left, however, the Socialist Campaign Group ought to be totally discounted as any kind of leadership.

Despite the strength of the left amongst party members and the wave of protests that has developed, the purge is being intensified and extended ever wider. Despite that, Labour still remains a significant site of struggle for socialists, which should not be abandoned. The character of this struggle is determined by the nature of Labour as a bourgeois workers’ party – that is, a party with a pro-capitalist leadership, inextricably and structurally integrated into the state, and a membership, historically and organically, linked to the organised working class through the affiliated trade unions. Consequently, as Labour’s history shows, the wider class struggle in society finds expression and is played out within the party, albeit often in a refracted and distorted form.

Like Blair, Starmer could succeed in driving large numbers of socialists out of the party and cowing the rump that remains into submission. However, Starmer is not operating in a period of relative stability, as Blair did in the 1990s. The economic and political crises of the early 2020s have an altogether different character, which hardly favours Starmer’s style of politics: ‘steady as she goes’ and reformism without reforms are hardly attractive options for working class voters in a period of declining living standards and mass unemployment. Furthermore, Labour’s (temporary?) extinction as a serious party in Scotland and the historical decline of social democracy and workers’ parties in other European states serves as a warning – for both the Labour right and the official left – that Labour’s position as a major party is by no means guaranteed.

The fundamental problem this poses for the official Labour left is that its politics – no matter how ‘left’ they appear – are thoroughly rooted in a parliamentary road to ‘socialism’ and thus can only function within the ideological framework of Labourism and through the structures of the Labour Party. This organic relationship explains the Labour left’s constant appeals for party unity, their affronted and genuine sense of outrage when their loyalty is questioned and the pathetic characterisation of Starmer’s witch-hunt as mere “factionalism”! Even if Labour disappeared from the scene in its current form, the politics of the official left, as the history of the Trade Unionist and Socialist Coalition and other attempts to establish an alternative to Labour have shown, would simply recreate Labourism in another incarnation.

However, for many on the Labour left the witch-hunt has called into question their place in the party and the future of their politics. This has produced an increasing debate about whether Labour is now dead and whether it has any future role at all in the struggle for socialism.

An example of these discussions will be an important online conference hosted by the Labour Left Alliance on January 30. During this debate, supporters of Labour Party Marxists will argue that Labour still retains its character as a bourgeois workers’ party and, despite Starmer’s campaign to purge the left, remains a site of struggle for socialists. Our demand for the refounding of Labour as a real party of the working class – a united front of socialist and labour movement organisations – is a recognition of the place Labour occupies in both historical and contemporary terms in British working class politics.

At the present moment many of the comrades on the Labour left who are calling for new organisations or a new party advocate either a Labour Party mark two – committed to a more left Labourism and the utopian parliamentary road to socialism – or various forms of broad party with a soft-left programme, modelled on such failed experiments as Syriza or Podemos. While LPM agrees that the witch-hunt and the resulting crisis of the Labour left poses key questions about the type of programme and the type of party our class needs, we reject both approaches.

Many comrades in the LLA frequently claim that they are Marxists who stand for socialist revolution. They should openly and unashamedly declare it by supporting the LPM’s argument that objective conditions demand the creation of a working class party that, in coming to power, breaks up the state and begins the transition to communism. Drawing on the best traditions and historical experience of Marxism internationally, such a party would organise the working class on a clear, principled programme and would operate according to the principles of full democracy, freedom of criticism and unity in action. Such a party is not only required in Britain – it is required in every country. Socialism is internationalist or it is nothing.

So, looked at in this way, although the struggle in the Labour Party is important and a battle in which we must play our full part, for Marxists it is the fight for a revolutionary programme and a revolutionary party which remains our central goal.