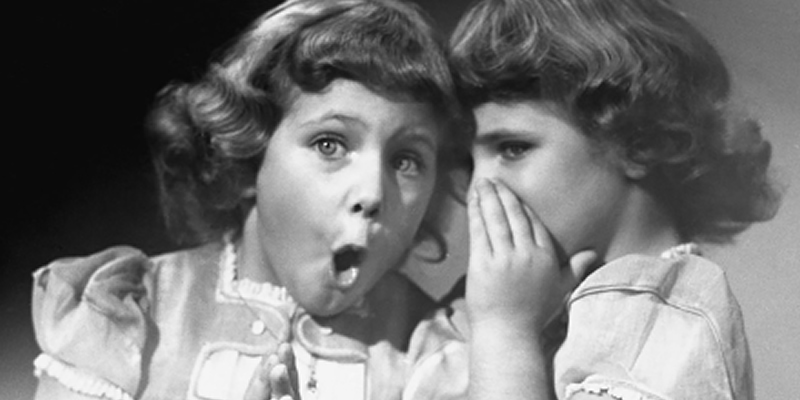 Who stands for what and who says what – such basic information should not be treated as the private property of a select few. Derek James calls for openness

After over a year of ‘political lockdown’ following Labour’s general election defeat in 2019, the election of Keir Starmer as Labour leader and the continuing witch-hunt, the Labour left now stands at something of a crossroads. The ‘official left’, in the form of the Socialist Campaign Group of MPs and the left trade union officials, have largely kept their heads down, hoping perhaps for better days ahead. Wishful thinking!

The defeat of the Corbyn movement and the ascendancy of the Labour right has only produced demoralisation and disintegration on the Labour left. Leaving aside the expulsions and suspensions, thousands have left the party, either going into ‘activist campaigns’, such as ‘Kill the Bill’, or dropping out of politics altogether.

Groups that were established to organise the left in the Constituency Labour Parties and trade unions, such as the Labour Left Alliance, have also suffered from the same process of disorientation. In a series of online conferences, rallies and meetings since March 2020, comrades have come together to discuss how we might rally the Labour left and carry the fight to the right, but all that seems to have happened is a proliferation of networks and campaigns that have not gone very far.

It was in this light that the LLA’s organising group (OG) met on Saturday April 24, with ‘left unity’ high on its agenda. In particular, members of the OG were eagerly anticipating a report about recent developments and the news (first heard in March) that sections of the organised left in the party and trade unions had been meeting to discuss a strategy to reorientate and rebuild after the defeats we have suffered. From the start we in Labour Party Marxists had warmly welcomed these discussions and fully supported the participation of the LLA in any such initiative, especially if it aimed to develop a common left slate for future national executive committee and other internal party elections.

However, our hopes that this initiative might actually be based on the adoption of a serious and principled politics were dashed. The report from the LLA representatives who had attended the meetings and the discussion on the OG showed just how far away this ‘left unity’ project really is from such politics and – what was worse – how far the majority of the LLA leadership were willing to go along with it.

Everything that was reported back to the OG showed that this initiative, far from being a new beginning, is completely suffused with the restrictive political culture and bureaucratic methods of the official left. The meetings take place using the so-called ‘Chatham House rule’, which means that there can be no reporting of who attended and who said what.

Chatham House, also known as the Royal Institute of International Affairs, is, of course, a bourgeois think tank that provides a platform for political insiders to express themselves with what for them amounts to a rare honesty. Current presidents are Baroness Manningham-Buller (former MI5 director), Lord Darling of Roulanish (former Labour chancellor) and Sir John Major (former Tory prime minister). The so-called Chatham House rule was adopted in 1927, and states: “When a meeting, or part thereof, is held … participants are free to use the information received, but neither the identity nor the affiliation of the speaker(s), nor that of any other participant, may be revealed.”

LLA officers seem to have taken this to the point where the “information received” is itself to be guarded. Even the LLA’s own discussion on the left unity meetings finds itself going unmentioned in the OG’s official minutes. Unbelievable! Why the secrecy? Concealing political participants, political differences and political proposals from rank-and-file scrutiny is par for the course for the bureaucrats and careerists, but what has the authentic left got to hide? Why can’t we know who has been attending the left unity meetings and learn what they said? Reports are circulating that Shami Chakrabarti has chaired meetings, with leading trade unionists from Unite, the Fire Brigades Union, the Bakers, Food and Allied Workers’ Union and representatives from over 30 Labour left groups. The state and Keir Starmer certainly know who was there: why can’t the rank-and-file members of the labour movement know as well?

The Chatham House rule should have no place in the workers’ movement. The left must tell the truth to the working class: when it comes to politics we have nothing to hide; democracy requires knowledge and the open expression of differences, not privileged access to information, gagging orders and a secret inner-circle of unknown individuals. After all, knowledge is power. It enables everyone in a democratic organisation to understand what is going on, make judgements and take action on the basis of all the facts, not just what a select few wants to let us know.

The LLA was formed by leftwingers who rejected the control-freakery of Jon Lansman’s Momentum project. Yet now, by going along with the vow of silence imposed by the official left, the LLA leadership is effectively colluding in the same secretive politics and bureaucratic manoeuvring. This ‘left unity’ project is already repeating the deficiencies of the previous form of left unity it is meant to replace – the Centre-Left Grassroots Alliance (CLGA), in which a stultifying unity is imposed from the top and from which the politics of the militant left are excluded. In last year’s NEC elections, the LLA rejected that position: why retreat now, by falling in behind the official left, when the need to assert an authentic left position is all the greater?

The cause of unity must go hand-in-hand with principle: if we simply repeat the compromises and bureaucratic politics of the past, this can only produce yet more defeats for the left.1 The authentic left should not be content to merely act as spear-carriers or voting fodder for the official left, but should instead put forward principled conditions for its support during any discussions about joint actions. In this spirit, supporters of LPM presented a motion to the LLA’s OG. Amongst its key sections was this argument:

The slate should have a clearly defined, principled basis, which all candidates must sign up to. While the specific demands can be defined during the discussions, they should include elements such as the rejection of the International Holocaust Remembrance Association (IHRA) misdefinition of anti-Semitism, and the re-admittance of comrades suspended or expelled during both the ‘first’ and ‘second’ waves of the witch-hunt, along with democratic demands, such as ‘a worker’s MP on a worker’s wage’ and the accountability of the Parliamentary Labour Party to the NEC and the party conference.

The motion also put forward a clear strategy that the LLA should adopt during any negotiations about a common slate. Bearing in mind the strong showing of candidates the LLA supported during the 2020 NEC elections, LPM asserted that the LLA should have a candidate on any common left slate in a winnable position, not just a token slot at the bottom of the list. The LLA should not just go along for the ride: as far as LPM was concerned, it should not be a case of ‘unity’ at any price – essentially a repeat of “the tried and failed politics of the past that resulted in unacceptable compromises and countless retreats by the official Labour left”, as our motion put it. It concluded with a clear, principled position that, if an agreement on these terms cannot be reached amongst the left, the LLA should stand its own slate of candidates on a principled platform.

In the discussion, the same tendencies to compromise quickly became apparent. Although there was no objection to the specific demands that the LPM argued should be “the clearly defined, principled basis which all candidates must sign up to”, setting “conditions for our support during these discussions” was too rigid and would tie the hands of the LLA leadership, should they be lucky enough to be offered a seat at the negotiating table. We had to be flexible and not impose demands, we were told. Furthermore, by being insistent at this early stage, ‘the red lines’ LPM demanded would alienate potential supporters.

In response to LPM comrades’ demands for a clear and principled position, supporters of the majority of the OG suggested that we were not serious about any negotiations for ‘left unity’ and that, if the LLA adopted the LPM motion, it might result in the LLA’s exclusion from any future meetings. All familiar stuff for comrades who have been around the Labour left for more than five minutes – except this time the arguments for taking things gently and not frightening the horses came not from careerist MPs or trade union bureaucrats, but from comrades in the LLA leadership, who think of themselves as principled, left militants! The amendment that watered down the LPM motion was carried by 8 votes to 5 (no abstentions), with the substantive, neutered motion being passed by 9 votes to 5, with one abstention. Needless to say, our LPM comrades voted against the motion.

It is clear that the LLA leadership will not be informing its supporters, or its affiliated organisations, about these secret negotiations. It seems happy to treat the Chatham House rule as a ‘superinjunction.’ LPM comes from a different tradition, the tradition of openness and gaining strength by seeking out the truth. As Lenin put it: “publicity is a sword that itself heals the wounds it makes”.2 We, therefore, expose all the shady manoeuvres on the Labour left – from the split that led to two similar monthly publications called Labour Briefing to Jon Lansman’s Momentum coup in October 2016.

This was an approach applied by our co-thinkers who founded The Leninist in 1981 and it is one that our political current has upheld in the various attempts to unite the left since the 1990s, such as the Socialist Alliance, Respect and Left Unity.3 It is one that we shall continue to adhere to. We are obliged to inform the rank and file about what is going on behind their backs, and to arm them with the principled politics needed to build a militant, principled and well-informed left.