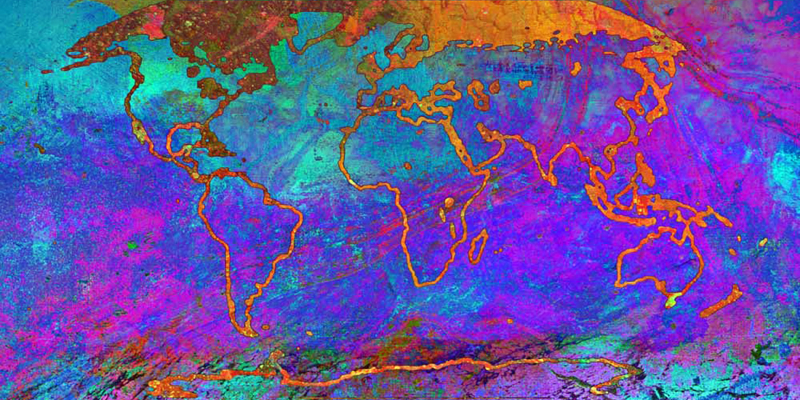 Capitalism cannot be trusted with the future of the planet, says David Sherrief. But be warned: governments could go for ‘climate socialism’

The key findings of the IPCC sixth report are alarming, widely known and well worth repeating: human-induced warming is “unequivocally” the cause of rapid changes to the climate and, unless dramatic and sustained action is taken, the 1.5°C limit will be exceeded in the early 2030s.1 The aim to limit global warming to “well below” 2°C, “preferably” to 1.5°C, compared to pre-industrial levels was, of course, agreed by the Paris 2015 Cop21 meeting and is signed off by 195 countries.2

Now, says the IPCC, it is “code red”. Human activity is changing the climate in ways “unprecedented” in thousands – or hundreds of thousands – of years. Some of the changes are likely to be “irreversible” over centuries or millennia – including the melting of polar ice, sea level rises and the acidification of the oceans.

Total warming is “dominated by past and future carbon emissions”, the report states, but cuts must also be made to the shorter-lived methane emissions – responsible for roughly 30% of post-industrial global warming and 80 times more potent when it comes to climate change. In terms of human activity, methane is released primarily through biomass/biofuel burning, gas/oil production, rotting waste in landfill sites and, of course, meat and dairy farming. Cutting methane emissions by 30% over the next decade is, reportedly, a US-EU-UK “priority” for November’s Cop26 in Glasgow.3

But, whatever happens with methane, not only do we seem well on course to hit the 1.5°C limit a lot sooner than first predicted, but there is the danger of reaching 2°C and going beyond. The IPCC warns that we are at or very near the tipping point. When quantity turns into quality, a “multiplier effect” kicks in and, through feedbacks and couplings, we get an entirely different climate system.4 Leave aside ocean currents, such as the Gulf Stream, slowing down or switching off entirely,5 mid-latitude land masses are hit with searing, almost impossibly high, temperatures; meanwhile, polar regions get far less cold during the winter months.6

Keeping to the Paris 1.5°C limit to prevent runaway climate change will require, says the IPCC, “immediate, rapid and large-scale reductions” in greenhouse gas emissions – of which there is no sign to date. For example, governments of all stripes leave urban sprawl, road building and the whole car economy going unquestioned. The much vaunted transition to electric vehicles is more a giant selling opportunity than any kind of a genuine solution. Not only does electricity still have to be generated – much still relying on coal, oil and gas power stations – there are also the steel, plastics, glass, computer chips, batteries, tyres, etc, that go towards making an electric vehicle. So, even if there is a 100% transition to renewable power sources, there will remain the large-scale release of greenhouse gases. The same applies to other major sources of human-induced greenhouse gas emissions: air flights, shipping, agriculture and industry. It is business as usual … and, needless to say, business is driven by the capitalist M-P-M’ imperative.

If emissions are not significantly reduced in the next decade, then reaching 3°C is all too conceivable – an apocalyptic scenario: though it would take thousands of years, the polar ice caps melt, sea levels head for a 10-metre rise, there is a further thaw of permafrost and another surge in global temperatures. There is, unavoidably, as a consequence, the mass extinction of flora and fauna. Countless cities are inundated: Alexandria, Dhaka, Jakarta, Bangkok, Kolkata, Miami, Houston, New Orleans, Rotterdam, Rio de Janeiro, Osaka and Shanghai. Along with much of Europe and western Asia, Britain eventually fragments into a series of islands. Oxford finds itself one of many new coastal towns. The North American wheat belt turns to desert. We effectively return to the conditions of the early Eocene 56-49 million years ago. As a bonus, true, the far north of America and Asia becomes habitable along with Antarctica. But what this presages is not exciting new opportunities for humanity, but rather a new dark age. Indeed there is the possibility that large parts of the planet becomes uninhabitable due to flammable air-methane concentrations.7 According to Tim Palmer, professor of climate physics at Oxford University, if we do not radically halt our emissions soon, our planet could well become “some kind of hell on Earth”.8

As the IPCC report emphasises, even if the capitalist ruling class somehow manages to get its act together by drastically reducing emissions, the climate will not return to the patterns we have been used to in the recent past. A 1.5°C warmer world will see an increase in “unprecedented” weather events. Disastrous floods, droughts, heatwaves and fires become far more frequent and far more intense.

With its imperialist hierarchy, ruthless exploitation of nature and never satiated lust for profit, capitalism is the major driver of climate change – despite its different political economy, the Soviet Union and its ‘socialist’ bloc made no difference here. As for China – today the world’s biggest emitter of greenhouse gasses – it is, of course, fully integrated into the global capitalist economy. Some talk of the Anthropocene, as if it is an undifferentiated humanity that is responsible for climate change. But it is surely better, more accurate to talk of the Capitalocene.

For many on the left, not unreasonably, capitalism is defined, categorically, as incapable of dealing with the danger of runaway global warming. However, not even the most fabulously wealthy billionaire, or their ‘slave’ politicians and state actors, are so blind that they cannot see that something must urgently be done. Nonetheless, true, it is hard to imagine governments such as Boris Johnson’s Tories ever carrying out a programme that would actually achieve net zero emissions – after all, that would require a dramatic restructuring of power generation, industry, agriculture, transport, housing provision, etc. Therefore, so the reasoning goes, the corrupt, grasping, self-interested Tories will confine themselves to nothing more than empty gestures, cheap platform rhetoric and legislating for an electorally safe, distant future. Meantime they carry on as usual: more nuclear power, more roads, more air travel, more poor quality housing … crucially, more of everything: ie, more economic growth. Apropos the loathsome Tories: “Can the Ethiopian change his skin, or the leopard his spots?” If not, then “neither can they do good who are accustomed to doing evil.”9

Yet, as seen with the ongoing Covid pandemic – and two world wars before that – the ruling class is prepared to allow governments to temporarily suspend the law of value. The normal workings of capitalism are overridden, curtailed or tightly directed in order to achieve agreed state aims.

The more intelligent sections of the left have written about how the Tories, and other governments too, introduced ‘Covid socialism’, roughly equivalent to the ‘war socialism’ put into effect by the German high command in 1916 – ie, the use of concentrated state power to deal with a dire emergency. The Oxford AstraZeneca vaccine is a good example. Developed double quick, produced on a non-profit basis, it was then rolled out by the NHS according to need.

In terms of the general interest – more particularly the general capitalist interest – governments will take what are usually regarded as extreme measures. Tory chancellor Rishi Sunak talked about tearing up his economic textbooks, doing what is necessary, thinking the unthinkable and all the rest of it. Though fraught with horrendous difficulties – not least because capitalism, from the level of the firm to that of the state, is characterised by internally generated rivalries – we should not discount the possibility that this will happen with the climate emergency. After all, the capitalist class lives on the same fragile planet as the rest of us (even if Elon Musk would like to rocket off to a frigid, lifeless, almost airless Mars).

So climate socialism, enforced by a firefighter capitalist state – maybe with green advisors, enlightened technocrats and the armed forces playing a leading role – could conceivably impose draconian restrictions on emissions, reorganise industry, transport and agriculture and thereby limit the rise in global warming to “well below” 2°C, or even to 1.5°C.

Of course, that, or something like it, would have to happen in all the major countries. Adding to that little difficulty, the global hegemon, the United States, is in visible decline. There is, therefore, no effective power that can enforce the general capitalist interest. However, even on a purely national level, we should have no illusions about any eco or climate socialism introduced, overseen and enforced by the capitalist state (or, for that matter, the Xi Jinping regime in China). As with war socialism, there will be monumental blunders, severe restrictions on democratic rights, attempts to drive down popular living standards – all accompanied by endemic corruption and corresponding opportunities for well connected insiders to enrich themselves beyond the dreams of Croesus.

After all, we could substitute for the ‘firefighter capitalist state’ above the working class organised as the state power. Such a state, based on extreme democracy, closely coordinating with other such states across the globe, would radically reorganise power generation, industry, agriculture, transport, the housing stock, etc; it would be a state that reduces greenhouse gas emissions to net zero and then below; a state that subordinates production to need. Then, it is clear, such a state would be able to achieve far more than capitalist climate socialism to benefit the whole of humanity: it would represent the negation of capitalism and the first step towards a classless, moneyless, stateless and ecologically sustainable communism.