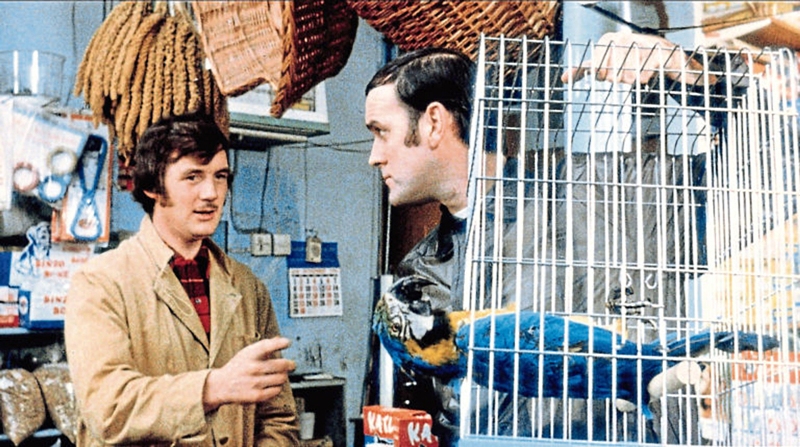 James Harvey looks at the origins, politics and ultimate demise of Labour Briefing

The news that Labour Briefing has ceased publication, in both physical and online format, marks in many ways the end of an era for the Labour left.

Founded in 1980 as a “bulletin board for Labour Party activists”, the journal was a product of the growth of the left in the party’s ranks in the late 1970s and early 1980s.[1] Although Labour Briefing did have something of a national profile, its main base was in the London left and amongst those activists who would become prominent in the municipal politics of the Greater London Council in the Livingstone period. The politics of this current grew out of Trotskyism – either in the form of organised groups such as the Chartist minority or various ex-members of the various groups.[2] By its own lights, Labour Briefing reflected these differences and made a virtue out of eclecticism. As Chris Knight, one of the journal’s founders, puts it, “instead of propagating a particular ideology, we acted on the basis that class unity comes first and information is power”.[3]

However, behind this ostensible pluralism Labour Briefing was tied body and soul to the Labour Party and thus left reformism, which continues to reflect the wider ‘common sense’ politics of important sections of the Labour left up to the present day. In the 1980s this produced a municipal strategy of confronting the Thatcher government and supporting Bennite left reformism during Labour’s internal battles, whilst during the Blairite counterrevolution of the 1990s and 2000s it meant hunkering down and hoping for better days to come again.

Thus in 2012 Labour Briefing was ‘transferred’ to the Labour Representation Committee – a Labour left group formed around John McDonnell.[4] This gave rise to a split led by former Labour NEC member Christine Shawcroft. The politics behind this bust-up are thoroughly obscure and mixed with personality clashes. Despite brave attempts to have a full and honest debate, both sides preferred to listen to the latest witterrings of Owen Jones. The minority, having lost the vote by a pretty sizable margin, went on to produce their very own version of Labour Briefing – the so-called original Labour Briefing.[5] Somewhat bizarrely the minority blamed the CPGB for the split – we had two comrades at the meeting!

Of course, the LRC presented itself as the potential nucleus of a revived Labour Party, should the Blairite project completely overwhelm Labourism and sever the party’s links with the trade unions. In practice, the LRC was simply a vehicle for the dwindling careerist ambitions of left councillors and would-be councillors, combined with acting as a lifeboat for beleaguered activists trying to keep what remained of the Labour left together.

However, the election of Jeremy Corbyn and the influx of a new mass left membership, combined with the return of a layer of former left activists to the colours, would have been expected to provide both Labour Briefing and the LRC with something of a fillip. Given Corbyn’s personal and political links with both Labour Briefing and the political milieu from which it emerged, to the comrades on the editorial board it must have seemed that, following his election as Labour leader, their day had indeed finally come.[6] Strangely, it didn’t. The LRC membership remained static and nothing could prepare them for the ‘anti-Zionism equals anti-Semitism’ witch-hunt, which began, of course under Corbyn’s leadership, and continued even after Jennie Formby took over as general secretary.

Whatever the specific and immediate reasons for the demise of Labour Briefing, its political trajectory from the 1980s reflects that of the official Labour left as a whole. Following the 2019 general election and the acceleration of the witch-hunt under Sir Keir, the official left fell into demoralisation and decay. The surrender of the official left in the Socialist Campaign Group of MPs, the business-as-usual passivity of the Campaign for Labour Party Democracy, the gutting of Momentum and the failure of broad left outfits such as the Labour Left Alliance illustrate the depth of the crisis now facing what remains of the Labour left. There has been initiative after initiative. All have come to nothing.

The demise of Labour Briefing reflects the failure of the Labour left to develop the politics and strategy needed to mount any kind of fightback. We in Labour Party Marxists have long argued that the sorry fate of the official Labour left is not simply about individual betrayal and careerism (although these characteristics play an undoubted role), but rather can be found in the fundamental premises of the official left’s politics and its understanding of the nature of the Labour Party.

Throughout its history Labour Briefing argued that ‘transitional politics’ were the way to develop the socialist consciousness of the working class and that demands predicated on the election of a left Labour government were key in that process. Although framed in the insurrectionary language of ‘Labour take the power’ (with its self-conscious echoes of Lenin’s ‘All power to the soviets!’), this differed little in form from the usual Labour left reformism and electoral politics found in the old CPGB’s British road to socialism or the pages of Militant in the 1980s.

Whilst the politics of Labour Briefing from the beginning recognised the pro-capitalist nature of the Labour right and the roadblock that this leadership presents for socialists, they failed to even challenge, let alone break with, the reformism of the Labour left. Their politics remained essentially confined within the framework of Labourism and so continued to suffer the fate of the Labour left as a whole. Whether tail-ending the municipal left in the 1980s or excusing Corbyn’s retreats in the face of the Labour right in the late 2010s, Labour Briefing often provided a left cover for further accommodation and concessions. The result was that in the aftermath of the Corbyn moment, like others on the Labour left, the supporters of Labour Briefing could offer no real explanation of what went wrong – beyond Corbyn’s tactical misjudgements or some mild criticisms of his personal and political failings.

To really come to terms with the failure of Corbynism would have required a thorough rejection of their previous positions and developing instead a truly militant stance: namely that Labour cannot be understood as a ready-made instrument for the socialist transformation of society and that the self-emancipation of the working class requires revolutionary consciousness, not so-called transitional reformism.

It is not enough to simply note the passing of Labour Briefing and think of its demise as the end of a song. The type of politics it espoused and the illusions it fostered have deep roots in the workers’ movement: the closure of a journal does not liquidate the politics which it embodied. The left reformism of Labour Briefing and its like on the Labour left is a real barrier, which must be overcome if we are to develop a programme and build a party that can lead the working class to power.

Moreover, the spurious eclecticism and speculative discussion with which Labour Briefing identified itself are luxuries we cannot afford. Not developing clear and definite positions is criminally irresponsible for Marxists and amounts to an apolitical betrayal of the cause of the working class.

Given the growing threats of war and the serious political and economic crises that face the working class internationally, reforging authentic, militant, working class politics is not a choice, but an urgent necessity.

[4]. After the transfer, the editorial board of Labour Briefing was elected by LRC members, although Graham Bash and other founder members remained the driving force behind the journal.

[6]. By way of illustrating this relationship, the Labour Briefing website has a 1980s picture of Graham Bash and Jeremy Corbyn together at a demonstration: labourbriefing.org/blog/about.