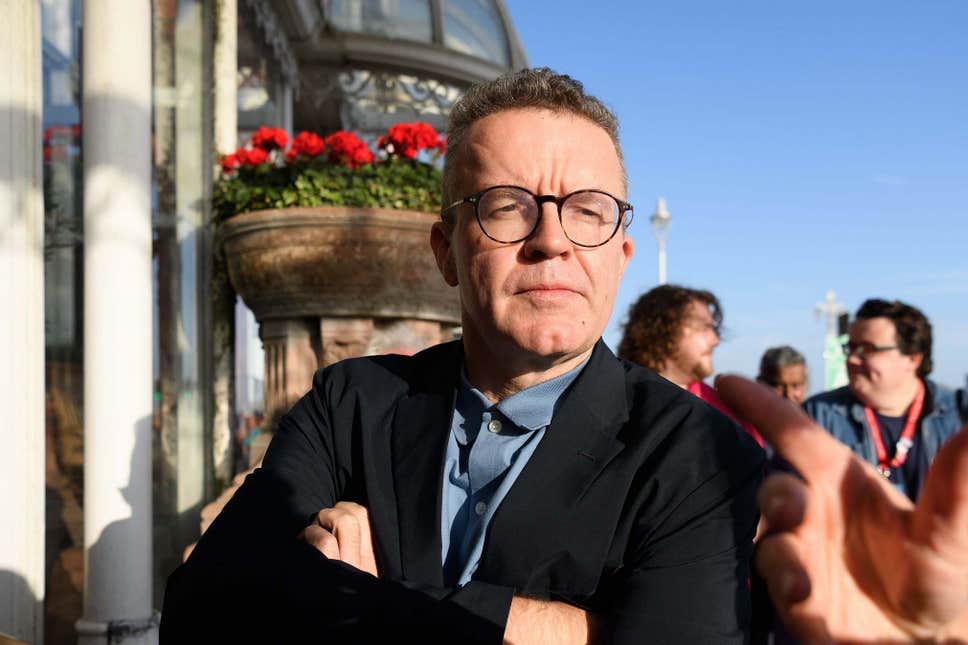 With his much-publicised motion to abolish the position of deputy leader, Momentum’s owner Jon Lansman was trying to pose left – but don’t be fooled

The rather startling news broke late on Friday, September 20, that Momentum’s Jon Lansman had proposed a motion to Labour’s National Executive Committee that would effectively abolish the position of deputy leader of the party – and thus give the treacherous incumbent, Tom Watson, the bum’s rush. It came as a surprise to all of us, not least Watson himself who commented that he “got a text in a Chinese restaurant to say they were abolishing me.”

This unexpected development initially divided opinion amongst Labour lefties and a rather confused debate ensued on discussion lists. There was a general consensus that Lansman’s dramatic move was not sincere – the man has played a despicable role in the party since the election of Corbyn and snuffed out democracy in the organisation he lords over. Under his leadership Momentum nationally has politically degenerated to what looks like the point of no return. (Although, of course, there remain good comrades and principled branches in the organisation, doing useful socialist work.)

It is probably not necessary to remind readers of this bulletin of Jon Lansman’s entire shabby record, but particularly grotesque was the recent attack on Jewish Voice for Labour as “not being part of the Jewish community” and his demand that Chris Williamson MP should be summarily expelled from the Labour Party. Sadly, Momentum at a national level has become an organisation that has fully joined the witch-hunt against Jeremy Corbyn and his supporters.

However, while there were no illusions from any section of the Labour left that the Momentum supremo had experienced some sort of socialist epiphany, this odd initiative by Lansman revealed a worrying conservatism on the part on some comrades. For example, leading figures in the Labour Representation Committee were very critical of Labour Party Marxist comrades who celebrated the opportunity – no matter how it had landed in our lap and however unlikely it was to win – to show Watson the door. Strangely, this was castigated as evidence of being in thrall to the bureaucracy, an example of “top down socialism”. In supposed contrast, our critics upheld the need for “a mass socialist movement from below” as the only way to see Watson off.

It seemed to have escaped these (often very experienced) comrades that Corbyn himself initially began his journey to the leadership of the Labour Party not as a result of a mass movement from below – it was gifted to him by the stupidly misplaced largess of the “morons”, as one of their number self-defined in retrospect. A mass movement was the result of this top-table blunder, not its cause. Posturing left and counter-posing an imaginary mass movement to this concrete, totally unexpected political opportunity would have been idiotic.

Tom Watson denounced the challenge to his position as a “drive-by-shooting”. The murder weapon turned out to be was a pea-shooter, however. On September 20, the NEC ruled that the Lansman motion was out of order as it did not command a 2/3 majority. It was referred to the NEC’s meeting on September 21, where Lansman apparently then withdrew it – after a typically supine, Ghandi-style intervention from Jeremy Corbyn, we are told. (Huffington Post reports that the mere threat of Watson’s removal had prompted 35 members of the Parliamentary Labour Party to sign up to demand another leadership challenge if Lansman’s motion passed. Clearly, Corbyn’s serial capitulations to the right win nothing from them in turn apart from contempt.)
Some comrades have dubbed this rather odd moment as little more than “grandstanding” on Lansman’s part. There is a little more to it than that, however.

Lansman’s uncharacteristic lurch left can also be plausibly explained as a reaction to pressure from the internal dissent of Momentum members, the general loss of forward impetus the organisation has experienced and – crucially – the impressive growth of the Labour Left Alliance, a principled organisation of the democratic left that opposes the ‘Anti-Zionism equals Anti-Semitism’ smear campaign in the Labour Party.

While the LLA does not call for individuals or branches to split from Momentum, the mere fact of a new kid on the block – with a political template for members’ democracy, an accountable leadership, and a militant determination to stand against the foul smears and persecution against the Labour left – might well have spurred Lansman to butch up politically to energise and enthuse his rank-and-file. Of course, if this is true, it casts the leader of Momentum in an even more cynical, unprincipled light.