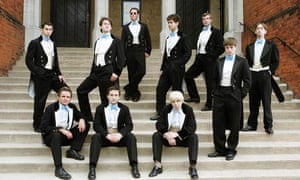 In the last few days much has been written in the mainstream media about a proposal before conference to “abolish independent schools”. It has also been widely reported that John McDonnell is fully behind it. However, things are not quite so simple.

The main motion on the subject – proposed initially by three CLPs: Battersea, Bolton and Southport – is headed “Labour Against Private Schools”, which is also the name of a campaigning group.

The motion points to the gross inequality and privilege that emanates from institutions such as Eton and Harrow – for example, while only around 7% of children attend private schools, something like 50% of judges, government ministers and university vice-chancellors – not to mention “news columnists” – were educated outside the state sector. The motion adds that “The ongoing existence of private schools is incompatible with Labour’s pledge to promote social justice” and calls on the party’s general election manifesto to include “a commitment to integrate all private schools into the state sector”.

However, when it comes to the concrete measures needed to bring about such ‘integration’, these are limited to the “withdrawal of charitable status and all other public subsidies and tax privileges”. In fact, according to the motion, Labour should “ensure universities admit the same proportion of private school students as in the wider population”. In other words, private schools would not be abolished.

Neither does John McDonnell call for abolition. In his comment in favour of the motion, he points out how “our society is grotesquely unequal”, some of which derives from “inequalities in education”. He correctly states that in public schools “large amounts of money are spent on a privileged few”, but he does not go beyond what is stated in the motion.

In fact there is also another motion, proposed by Isle of Wight, which calls on Labour to “place all private schools into local authority ownership and control”, but this is part of a much broader set of policies dealing with education as a whole – including, for instance, the abolition of “academies, academy trusts and free schools” – so it does not go into detail on what exactly would happen to private schools once they were under “local authority ownership and control”. Would they still charge fees, for example?

Despite this lack of clarity, it is clear that these motions should be supported. But what should Marxists say about the abolition of all schools outside the state sector? What about, say, those run by cooperatives? Those that are based on a working class, socialist vision of society – as opposed to the pro-capitalist, nationalistic ideology that underlies official state education?

In our view such schools would be a step forward and should be fully supported. There is nothing inherently progressive in the state as such – under capitalism it serves the interests of the elite first and foremost.