Differences should be brought out into the light of day, writes Stan Keable of Labour Party Marxists

Delegates were no doubt perplexed to find two rival publications with the same name – Labour Briefing – on sale at TUC congress in Brighton this week. Both journals argue for socialist ideas in the Labour Party and both claim to be the continuation of 32 years ofLabour Briefing as a pluralist forum for the Labour left, trade unionists and campaigners.

Following the democratic decision of the July 7 Briefing AGM to make it the journal of the Labour Representation Committee, the genuineLabour Briefing (labourbriefing.org.uk) is therefore produced by the LRC. The LRC is led by John McDonnell MP, has 1,200 or so individual members and around 150 affiliated organisations, including national trade unions, and a democratic structure.

The other version – the self-styled “original” Labour Briefing(labourbriefing.co.uk) – has no democratic structure. It is a spoiler launched by six comrades for whom the LRC is “too leftwing” or “ultra-left”. They continue to treat Briefing as their personal property, despite the open invitation to participate in the LRC’s new editorial board. Other comrades who argued against the merger have nevertheless accepted the democratic decision, to their credit. Jon Lansman, for instance, was a signatory of the anti-merger motion, but has now joined the editorial board.

Despite its much greater resources, it has to be said that the LRC’s initial 12-page TUC special looks like the poor relation, when compared with the 16-page “original”, with its gloss paper and the traditional Briefing banner, only slightly amended – the words “the original” appear in small print in the dot above the ‘i’ of Briefing. We must do better with the Labour Party conference issue, LRC comrades!

Feigning exclusion, the six splitters – Lizzy Ali, Stephen Beckett, Jenny Fisher, Richard Price, Christine Shawcroft and John Stewart – say they formed the LB Co-op to act as “a custodian of Labour Briefing to protect it against being taken over by a hostile group”. Their version, we are promised, will be “an independent voice and forum for socialist ideas in the Labour Party and trade unions”. The editorial excuses their irresponsible split by repeating the mantra of a “hostile takeover”, despite the fact that the merger proposal originated in theBriefing editorial board itself, most of whom were LRC members. It wrongly accuses the pro-merger comrades of “contempt for Labour Party members”, on the basis of a paragraph in LRC joint secretary Pete Firmin’s successful AGM resolution: “Briefing is predominantly sold within the Labour Party to Labour Party members. This is a weakness, as membership of the party has been decimated, and the Labour left is almost invisible to the outside world.” But surely this is merely a truthful estimate of our current weakness.

Although a few LRC members have expressed the view that the splitters should be expelled, and never again supported in any Labour Party election, most are more sensible. They want Christine Shawcroft to return to the LRC fold, but will support her in any case. “There is a long list of people I would not vote for before I got to Christine,” wrote one comrade.

In the “original” September special issue, comrade Shawcroft criticises the “tendency on the left to write off the bulk of party members … in a game of ‘prolier than thou’”, which “manifested itself on the Briefingeditorial board occasionally” and “led to Briefing drifting away from ordinary party members and away from our original mission of encouraging members to speak for themselves”. Christine argues effectively that the party membership should not be written off. “The ultras” are wrong, she says, to claim “that the fact that David [Miliband] got more votes in the constituency section than his little brother is proof of the inherent conservatism of party members”. In his electioneering, David did not announce “that he was the son of Tony Blair”. “He stood on false pretences, and members were taken in”.

These arguments are all well and good against those who would give up the fight to democratise the party, establish rank and file control over the party bureaucracy, open the party up to include all working class and socialist organisations and tendencies, and win it for the interests of the working class majority and socialism. They are not reasons for splitting from the LRC, whose aim is precisely to transform the Labour Party, not abandon it. As the genuine, LRC-controlledBriefing underlines, “The LRC is a democratic, socialist body working to transform the Labour Party into an organisation that reflects all sections of the working class.”

Having backed the successful motion at the July 7 Briefing AGM that the journal should “become the magazine of the Labour Representation Committee”, many LRC members, as well as Briefingreaders and supporters not in the LRC, are variously “outraged”, “disappointed” and “sad” on Facebook and Yahoo at the decision of the six anti-merger comrades to flout the majority decision. However, before getting too righteous about the “disgraceful behaviour” of once “trusted comrades” who “ignore democratic decisions”, etc, we should remember that the boot might well have been on the other foot, so to speak, had the vote gone the other way. Some pro-merger comrades made it very clear before the Briefing AGM that “we have had enough”, and “we will walk” if necessary. Indeed, Graham Bash had walked out of the editorial board as early as February.

Mike Phipps, who played a pivotal role in winning support for the merger, explained convincingly to the September 8 meeting of Greater London LRC why it was necessary. Briefing, Mike said, has been in long-term decline, because the Labour left has been shrinking. There was a real danger that Briefing would become unviable, like Voice of the Unions, which had been absorbed byBriefing. The 2011 AGM was attended by only about 25 comrades. On the other hand, the LRC was growing and needed a journal. About 80% of the Briefing editorial board were LRC members, Should the same overstretched team produce two journals? Nothing was “forced through”, as the “original” Briefing claims; indeed Christine Shawcroft, a leading opponent of the merger motion, chaired the AGM. Both sides had mobilised, and the AGM was unusually well attended. The vote was very close: 44 to 37, with three abstentions. Several of those pulled in to oppose the merger were won over during the debate.

So the merger was necessary. But I disagree with Mike’s insistence that the split was about personalities, not politics. On the contrary, the personal clashes on the editorial board were fuelled by political conflicts. While the splitters use red-baiting to ingratiate themselves with the so-called centre of the party, the LRC is looking outwards to win all trade unions to affiliate to Labour, and to campaigns like Occupy, in the hope that they will supply new blood in the struggle to transform Labour. As Pete Firmin’s merger motion said, “class struggle is the agent of change in the Labour Party”.

The reluctance of Briefing cadres to publish their disagreements in the pages of their own journal made it difficult for readers and supporters to discern the unarticulated political differences which gave rise to the eruption of personal hostilities on the editorial board at the start of 2012. As the bulk of the editorial board were LRC members, a merger with the LRC might have seemed non-controversial. But the splitters have been uncomfortable about their association with the LRC, especially its left wing, fearing it will endanger their alliance with the so-called centre of the party, especially the Campaign for Labour Party Democracy and the Centre-Left Grassroots Alliance, which between them got Christine Shawcroft successfully elected to the NEC. Their true colours can be seen in the despicable display of McCarthyite red-baiting in their editorial, where it is alleged: “… members of the LRC – aided by members of the Communist Party of Great Britain, which produces the Weekly Worker – attended the AGM of Labour Briefing and forced through a vote …”

The splitters’ “original” Briefing hypocritically claims to be “a non-aligned magazine which is open to all” and that it was set up because readers “did not want to be shut up by the LRC”. But aren’t they the ones who, at the January 2012 editorial board meeting, opposed publication of my letter, mildly critical of sectarian comments by Christine Shawcroft? In her short report on the 2011 LRC AGM, Christine had light-heartedly wished the Alliance for Workers’ Liberty, the New Communist Party and Labour Party Marxists – all affiliates of the LRC – would “go and play in someone else’s organisation”. The argument over whether to publish the letter caused a row, and Graham Bash withdrew from the editorial board, unable to remain in the same room as Jenny Fisher. But my letter was published and freedom of expression was upheld – despite the objections of those who now claim to be “open to all”.

Protecting ‘ordinary workers’ or ‘ordinary party members’ from real debate in the hope of not scaring them away does not prevent splits. Spoon-feeding readers with pre-digested consensus obstructs the necessary clarification of ideas for both readers and leaders. Ideas remain undeveloped. True, arguments for and against the merger ofBriefing with the Labour Representation Committee were carried in single-page articles twice, in the last two issues of the pre-split journal, in June and July. But this was too little, too late. And, although the merger decision was made by a democratic vote, a two-hour debate cannot substitute for the extensive written polemic required for clarification. To the extent that a culture of freedom of expression is not adopted, the same political frictions will inevitably continue to fester in the dark, not only between the rival journals, but within each camp. 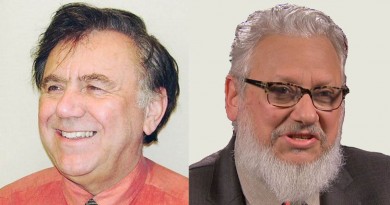 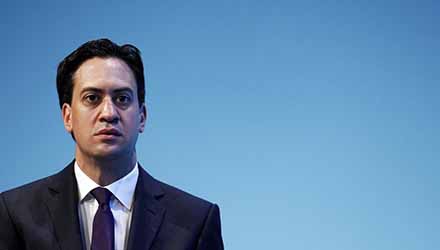 One thought on “An irresponsible split”