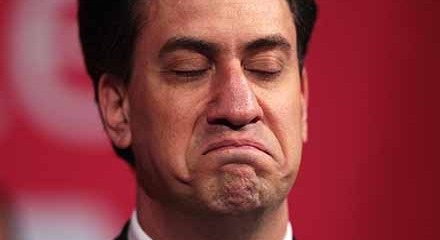 As the results rolled in the ghosts of New Labour began to rise. Charles Gradnitzer of Labour Party Marxists reports

Since the general election there has been a constant barrage of rightwing Labour figures talking about the party’s failure to address middle class ‘aspiration’ and include ‘wealth-creators’ in its programme as part of a last-ditch effort to elect another Blairite leader and shift the party back to the right.

It is telling that these people have nothing to say about the electoral catastrophe in Scotland, the effect this has had on the English electorate, and the successes of the Left Platform MPs who publicly stood against austerity and won, some being returned to parliament with increased majorities. The rightwing Progress group is dead – one of its fringe meetings at the last Labour conference attracted only 15 people. Yet its spirit lives on.

On May 11 David Miliband gave an interview to the BBC in which he blamed the failure of Labour to secure a majority on its unwillingness to appeal to “aspirational” middle class voters.1 This was a clear attempt to smear the left by rolling out the ‘sensible’ brother ‘Red Ed’ stabbed in the back in order to lead the Labour Party to electoral ruin. There was no other reason to interview David Miliband. Once he lost the leadership election, he resigned as an MP, abandoning his constituents, to earn six figures in America – perversely as the CEO of a charity dedicated to helping the victims of the very war he voted for in 2003.

On May 10, Peter Mandelson put it more bluntly, claiming that Labour had spent too much time saying the poor “hate the rich, ignoring completely the vast swathes of the population who exist in between.”2 On the same day Chuka Umunna spelled out exactly what was meant by an “aspirational voter” when he said: “there was not enough of an aspirational offer there … I don’t think you can argue you are pro-business if you are always beating up on the terms and conditions of the people who make business work.3 But the most sick-making comment came from Ben Bradshaw, when he said Labour must “celebrate our entrepreneurs and wealth-creators and not leave the impression they are part of the problem.”4

Ben Bradshaw’s statement is both perverse and ironic. The “entrepreneurs” and the “wealth-creators” – or rather capital and the capitalists – are exactly the problem. It is widely accepted, even by the bourgeoisie itself, that the global economic crisis and recession was set in motion by the US subprime mortgage crisis. Moreover, the capitalist class is the problem because it violently perpetuates and maintains the very economic system that exploits the majority, all the while demanding that the working class pay for the crises that are intrinsic to capitalism itself.

It is ironic because Labour really has distanced itself from the actual “wealth-creators” – the working class – by repeatedly attacking the trade unions, weakening the union link and announcing that it would continue to punish workers with austerity, in a desperate attempt to court the capitalist class. On May 11 Mandelson spoke of the trade unions’ “abuse and inappropriate” influence over the Labour Party.5 It was the unions themselves that voted to loosen the historic link with the Labour Party in 2014. However, in a sense Mandelson is right when he claims the unions abuse their influence in the Labour Party, but this is not in the interests of the left or the working class. Instead union officials act as the enforcers of the right’s hegemony.

It is clear what the Blairites mean when they talk about appealing to “middle class aspiration” and “wealth-creators” – they are talking about capital. They want to finish their project of transforming Labour into a bourgeois party, ridding it of “trade union influence” and hoping working class voters will have nowhere else to turn.

The Blairites’ silence over the electoral wipeout in Scotland is telling. Scottish Labour’s credibility as a party that could represent the working class was seriously undermined by its engagement in the cross-class Better Together campaign in the run-up to the September 2014 referendum.

Labour was unable or unwilling to attack the Tories. In the August referendum debate between Alistair Darling and Alex Salmond, Darling was unable to respond to allegations that Labour were “in bed with the Tories” because they were. It also allowed Salmond to attack Labour from the left, promising to save the NHS and stop the welfare cuts if Scotland voted ‘yes’. It was during this time that Labour began to be known in Scotland as the ‘red Tories’. For the most part this moniker was probably well deserved, although in the case of Katy Clark and other the signatories of the Left Platform it was clearly untrue.

Another enormous mistake was the election of Jim Murphy as leader of Scottish Labour. This man is an unreconstructed Blairite. During his time as president of the National Union of Students he had one vice-president unconstitutionally suspended for simply attending Campaign for Free Education meetings, which opposed Labour’s introduction of tuition fees. His behaviour as NUS president was so bad there was even an early day motion submitted by Labour Party MPs condemning his “dictatorial” behaviour. The EDM was amended by Alex Salmond.6

Salmond and the rest of Scotland know exactly who and what Jim Murphy is and quite rightly found his claims that he would “end austerity in Scotland” absolutely risible. If he would not even oppose Labour policy when he was supposed to be representing the interests of students, how could he ever represent the interests of the Scottish working class?

With the SNP landslide an absolute certainty, the Conservatives mobilised a section of the electorate against Labour with well-alliterated scaremongering about an SNP-Labour “coalition of chaos” that would “break up and bankrupt Britain”.7 This mobilisation is reflected in Labour’s failure to capitalise on the Liberal Democrat collapse by taking marginal seats from the Tories. In many of them the Lib Dem collapse saw a swing to the UK Independence Party, whose national-chauvinist rhetoric Labour proved incapable of countering. Labour’s anti-Ukip campaigning was couched in purely bourgeois terms about the economic benefits of EU membership and the net contribution of immigrants to the British economy.

Even when the party attempted to produce a policy that sounded as though it vaguely championed working class interests, such as the ban on “exploitative agencies”, it still engaged in fear-mongering about foreigners stealing jobs and suppressing wages. But for the most part it tried to out-Ukip Ukip, selling “Controls on immigration” mugs for a fiver on the Labour website. Mugs with which the totally delusional Ed Balls promised to toast a Labour victory.

The success of the anti-austerity Left Platform Labour MPs in the election should give everybody pause for thought. Barring the Scottish signatories of the statement, who were doomed to failure thanks to the Better Together campaign, 92% of the platform’s sitting MPs were re-elected.

John McDonnell, Jeremy Corbyn, Ian Mearns, Michael Meacher, Ian Lavery, Grahame Morris, and Kelvin Hopkins all secured majorities comfortably above 50% – Corbyn, McDonnell and Morris won more than 60%. John Cryer, an initial signatory of the platform, enjoyed a 15% swing, which secured him a 58% majority. For his part, Chris Williamson failed to win his seat by just 41 votes, but he did manage a 3.5% swing to Labour.

The Left Platform reconvened on May 12 to discuss what to do next. John McDonnell told the meeting that the next queen’s speech would be the most reactionary the country had ever seen. He also pointed out that there would be no left candidate in the leadership election, given that a candidate now needs to be nominated by 35 MPs. An “unrealistic proposition” – especially now that the number of MPs that the Weekly Worker considered worthy of critical support has been reduced to just 15. With there being no possibility for a left candidate, comrade McDonnell, both in the meeting and in an article for The Guardian, argued that Labour needed to “return to being a social movement aiming to transform our society” and “link up with the many other progressive social movements that people are increasingly forming”.8

At the same meeting Ted Knight argued: “We’ve been marching. We’ve had the politics of protest and we’ve got a Tory government! We need to get people together – not to exchange horror stories, but to discuss how to take control of the economy, how to change society.” The problem, however, lies in transforming such rhetoric into concrete proposals and a concrete strategy. 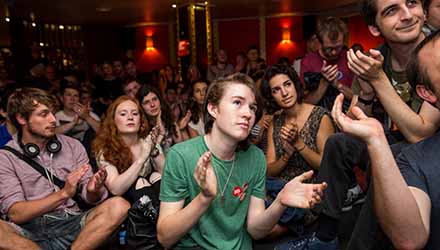 Anti-Semitic smears employed by the right 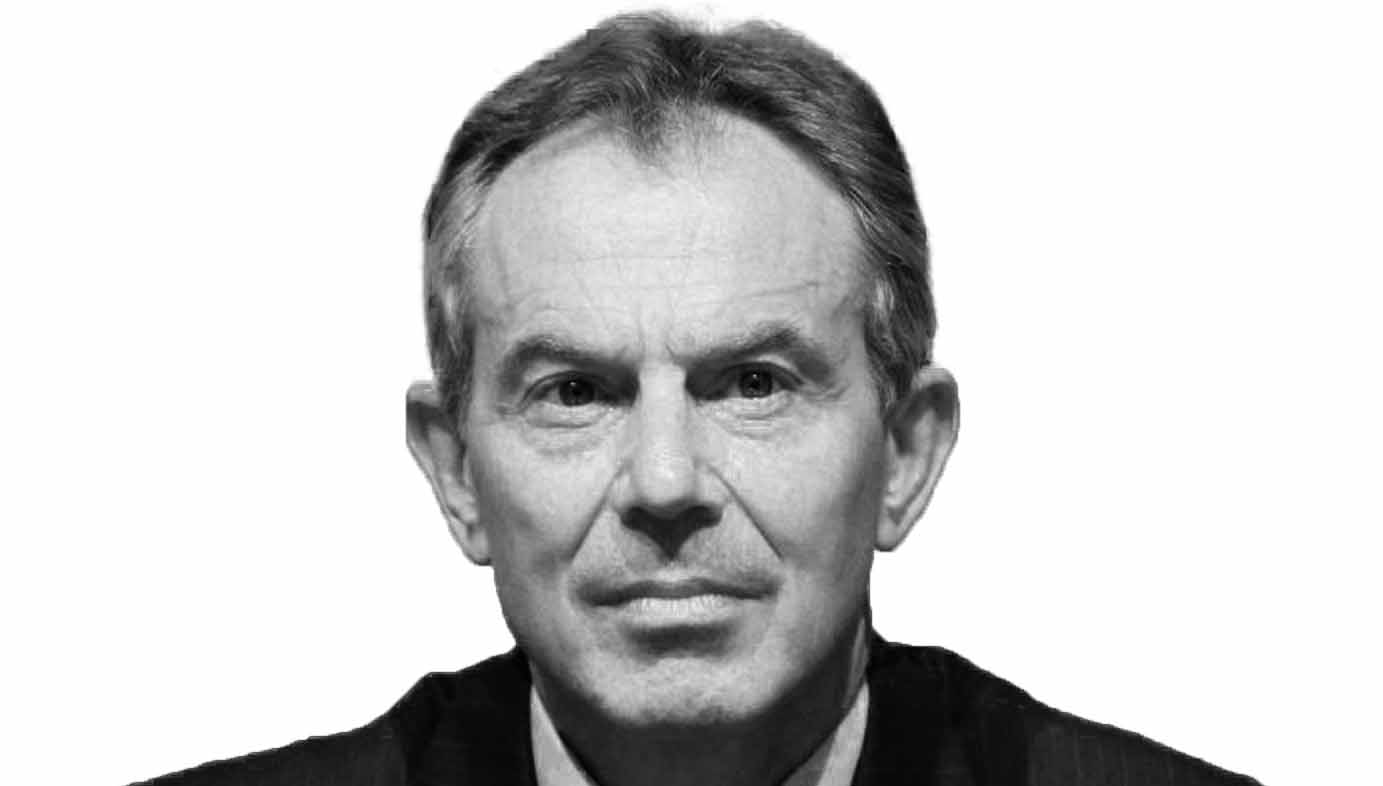 May 6, 2017 Comments Off on Crush the saboteurs 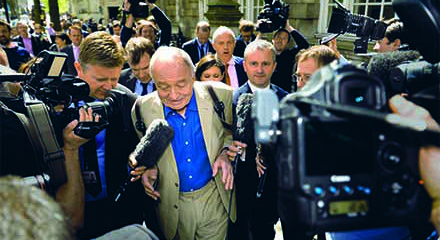 The witch-hunt by the right continues

August 6, 2017 Comments Off on The witch-hunt by the right continues