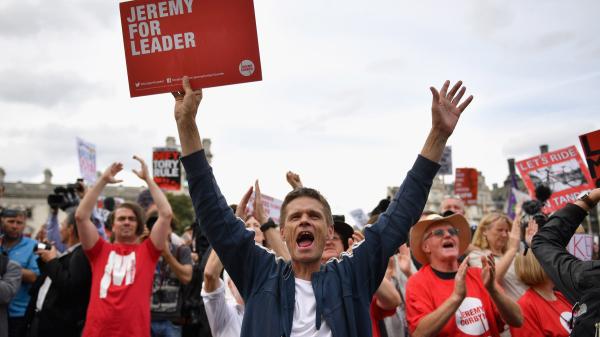 1. Fight for rule changes stipulating that all elected Labour representatives must be subject to mandatory candidate selection. Reforming trigger ballots is a step in right direction, but not enough. MPs must be brought under democratic control: from above by the NEC; from below by the CLPs.

2. We need a sovereign conference once again. The cumbersome, undemocratic and oppressive structures, especially those put in place under the Blair supremacy, must be rolled back. The Joint Policy Committee, the National Policy Forums, etc, must go as a matter of urgency.

3. Scrap the hated compliance unit and “get back to the situation where people are automatically accepted for membership, unless there is a significant issue that comes up” (John McDonnell). 1)http://labourlist.org/2016/02/mcdonnell-and-woodcock-clash-over-plan-to-scrap-member-checks  The compliance unit operates in the murky shadows, it violates natural justice, it routinely leaks to the capitalist media. Full membership rights must be restored to all those cynically suspended or expelled. More than that, welcome in those good socialists barred from membership because, mainly out of frustration, they once supported Green, Tusc or Left Unity election candidates.

4. The stultifying inertia imposed on Momentum must be ended. That can only happen through democracy, trusting the membership and allowing the election of and right to recall all Momentum officials. Neither politically nor organisationally has Jon Lansman proven to be a competent autocrat. He has stopped Momentum meetings, he has blocked Momentum attempts to oppose the ‘anti-Zionism equals anti-Semitism’ smears, he has done nothing to get Momentum to fight the ongoing purge. End the control-freakery. Membership lists and contact details must be handed over to local branches. Then we can begin to organise, educate and galvanise Corbyn’s supporters.

5. Securing new trade union affiliates ought to be a top priority. The FBU has reaffiliated. Excellent. Matt Wrack at last came to his senses. He took the lead in reversing the disaffiliation policy. But what about RMT? Let us win RMT militants to drop their support for the thoroughly misconceived Trade Unionist and Socialist Coalition. Instead reaffiliate to the Labour Party. And what about the NUT? Why can’t we win it to affiliate? Surely we can … if we fight for hearts and minds. Then there is PCS. Thankfully, Mark Serwotka, its leftwing general secretary, has at last come round to the idea. The main block to affiliation now being the Socialist Workers Party and the Socialist Party in England and Wales. Yes, PCS affiliation will run up against the Trade Disputes and Trade Unions Act (1927), introduced by a vengeful Tory government in the aftermath of the general strike, whereby civil service unions were barred from affiliating to the Labour Party and the TUC. The Civil and Public Services Association – predecessor of PCS – reaffiliated to the TUC in 1946. Now, however, surely, it is time for the PCS to reaffiliate to the Labour Party. True, when we in the LPM moved a motion at the February 2015 AGM of the Campaign for Labour Party Democracy calling for all trade unions to be encouraged to affiliate, we were met with the objection that it would be illegal. However, as NEC member Christine Shawcroft said, “What does that matter?” Here comrade Shawcroft, a close ally of Corbyn, shows just the right fighting spirit. Force a another change in the law.

6. Not only should we commit ourselves to securing further trade union affiliates. Within the existing affiliates we must fight to win many, many more members to enrol. Just over 70,000 affiliated supporters voted in the 2015 leadership election. A tiny portion of what could be. There are well over four million who pay the political levy. 2)D Pryer Trade union political funds and levy, House of Commons briefing paper No00593, August 8 2013, p8  Given that they can sign up to the Labour Party at no more than an online click, we really ought to have a million affiliated supporters as a minimum target figure.

7. Every constituency, ward and other such basic unit must be won and rebuilt by the left. The right has done everything to make them cold, uninviting, bureaucratic and lifeless. The left must convince the sea of new members, and returnees, to attend meetings … and drive out the right. Elect officers who defend the Corbyn leadership. Elect officers who are committed to transforming our wards and constituencies into vibrant centres of socialist organisation, education and action. As such our basic units would be well placed to hold councillors and MPs to account.