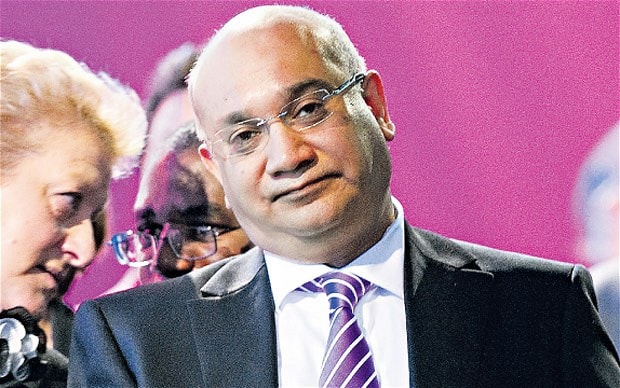 Sex between consenting adults should be their business, says Harley Filben

Spare a thought for Keith Vaz – a man who, having weathered a brief flurry of scandals in the early noughties, might have thought himself in the clear. He certainly seemed to us the sort of Teflon-coated careerist who thrived under the Blair and Brown regimes; who would retire at a time of his choosing to become Lord (Keith) Vaz of Somewhere-Or-Other: the full lifecycle.

Much of that, of course, is still perfectly possible. Yet it seems a great deal further away, after his resignation from the chairmanship of the home affairs select committee following allegations that he had consorted with male prostitutes, offered to buy them cocaine (he seems to have had the good sense, or taste, not to indulge himself), asked them to bring amyl nitrite to a carnal encounter, and – quite understandably – spent much of a tedious select committee session examining young gentlemen on Grindr.

Add it all up, and it’s catnip for tabloids. Rent-boys, poppers and blow; what’s not to love?

Vaz’s misfortune in all this consists, in part, of his being – at 49 – a little too old. He started contesting seats in 1983, the same year as the infamous Bermondsey by-election, which saw a vile wave of anti-gay bigotry mobilised against Labour candidate Peter Tatchell; he was elected in 1987 in Leicester East, with the culture war over sexuality raging. This was certainly a time at which – for the aspiring politician – a wife was a very important accessory. Today, things are certainly not as bad, at least for candidates in most urban constituencies; there are many openly gay MPs, although the married and civilly-partnered probably still have a better time of it on the whole. (It is probably also true that those in search of casual sexual encounters will find paying for it more and more necessary, as the years roll on by.)

Thus Vaz has ended up cornered – a bisexual, presumably, for longer than the last month (although sexuality is, of course, a more fluid thing than is often acknowledged), he has been forced to repress one side of his sexuality as a concession to mores far stronger in his day than they are in 2016. In still earlier – and even more barbaric – times than the 1980s, homosexuals were hunted down in the state apparatus and other ‘sensitive’ senior positions in society as a ‘security risk’, given that they could be blackmailed. Vaz’s experience reminds us that there is more than a grain of truth to that impulse: for, as soon as you have to conceal your innermost urges, you will always be at risk of exposure and potentially personal ruin. Vaz’s political career may well survive this, as it would not have done 20, 30 or 50 years ago; but his private relationships may not.

For every victim of blackmail, there is a blackmailer. In this case, however, victim and perpetrator alike are not individuals, but collectivities. The beneficiaries, in this case, are obvious – the tabloid press. The benefits are, on one level, equally obvious: as noted, there is nothing more tabloid-friendly than a politician making the beast with three backs with some young gentlemen of the night. That kind of thing sells papers. It’s a prestigious scoop, and hacks at the Mirror are no doubt as chuffed to break it as those at The Sun are livid about missing it.

Yet there is a wider issue, which consists of the fact that these ‘incidents’ in their totality amount to a permanent threat against elected politicians, prominent officials and the like. Keith Vaz did not want to end up like Peter Tatchell; the next fellow will not want to end up like Keith Vaz. Just as the police thrive in a society in which more or less everyone is guilty of some trivial infraction – speeding, smoking weed, pirating Game of thrones – and thus can be interviewed under appropriately heavy manners at all times, so the press gains much of its power from hypocritically imposing a deformed and unattainable morality on its subjects.

There are other beneficiaries, of course – the more sincere guardians of public morality. Historically the most prominent among such people were conservative Christians of various stripes, but the multicultural breakthrough, and related endeavours, have fragmented moralism most spectacularly. There are, of course, other religions to consider (Islamist-inspired campaigns against strip clubs in east London spring to mind), but equally new secular contenders.

Thus, prominent among the voices calling on Vaz to resign as select committee chair was that of a pressure group – Nordic Model Now. NMN, as the name suggests, is a group advocating the implementation of laws similar to those in Sweden that criminalise the purchase of sex (but not the sale). NMN is entirely non-transparent about who is involved (“a diverse group of women from a wide variety of backgrounds”), but seems to have crawled out from the rotten caucus of anti-sex feminists and evangelical groups, who ally to provoke panics over prostitution and sex trafficking.

The last great ‘achievement’ of the home affairs select committee under Vaz, after all, was a long inquiry into prostitution that – much to the dismay of these creatures – ended with a report explicitly opposed to the criminalisation of sex purchase and explicitly commending the “success” of decriminalisation of prostitution in New Zealand.1)See the conclusions here: www.publications.parliament.uk/pa/cm201617/cmselect/cmhaff/26/2602.htm Some now want the report thrown out, on the basis that Vaz had a vested interest in the result.

This is utterly tendentious. For a start, select committees are not unanimous mouthpieces for their chairpersons – are they all punters? For seconds, Vaz is a longstanding supporter of the Nordic model; assuming that he agrees with the report as written, then he has changed his mind, but simply glancing at the names called before the committee on this matter will reveal as nonsense the idea that it was systematically biased towards decriminalisation advocates – quite the reverse. NMN and its friends had an open goal in front of them – we politely suggest that they managed to miss the target because it is a violation of basic formal logic to criminalise only one side of a transaction. In the end their model is a proposal designed to assuage feminist consciences and conform to the strictures of Christian agape love, rather than empower prostitutes; thus its extraordinarily thin evidence base and the propensity for its advocates (especially when it comes to the supposed plague of sex trafficking) to just make shit up.2)For an old but admirably forensic takedown, see N Davies, ‘Prostitution and trafficking – anatomy of a moral panic’ The Guardian October 20 2009

It is worth going into this not only because the issue itself is an important one, and for the left highlights a difference of principle (to wit: is liberation the conscious self-activity of the masses, or the rescue of the masses by benevolent policemen?). There is also, in fact, something deeply corrosive about sex scandals as such; it is one thing for a tabloid to publish a kiss ’n’ tell, and quite another for people – be they writers for the same tabloid or others – to turn that kiss ’n’ tell into an instrument of some political hobby horse of theirs. The effect is to encourage people at large to view political questions through ‘non-political’ spectacles, and thus to depoliticise politics, and finally to open the way to demagoguery of a more basic kind.

The best prophylactic against this, of course, is to build up its opposite – a political culture where opposing perspectives meet on the grounds of their disagreement, rather than shuffling about in committee rooms and doling out opportunistic press releases.