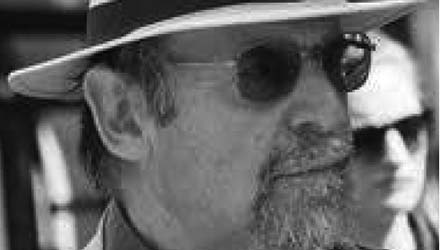 Whatever happened to the democratic exchange of ideas? William Sarsfield reports on the CLPD’s March 9 AGM

There were good things to take from this year’s annual general meeting of the Campaign for Labour Party Democracy in Birmingham’s Council House. The 200 or so attendance was excellent. The fighting mood was encouraging. There is confidence about the next round of elections in the party.

The problem is the impoverished political perspective of the CLPD’s leading lights – sadly something shared with most left organisations, inside Labour and out. A problem encapsulated by the twin track policy they seek to impose.

First, that support for Jeremy Corbyn (and, by implication, other core left leaders around him, including John McDonnell) must be uncritical, if it is to have any operative content. This position was put with useful bluntness in the opening lines of the executive’s motion 1 (which we never got the chance to discuss – see below). It called on comrades to give “Full support to the party leader at all times”.

Farcically, I did hear some comrades trying to pass this off as a call for the membership to constitute itself as a sort of political comfort blanket for Corbyn – a collective cuddle from the rank and file. Certainly, there is no argument that he has taken some very unpleasant personal kickings from the capitalist media and the treacherous majority of the Parliamentary Labour Party. This ‘explanation’ is desperate, however. Clearly, we were being counselled to provide uncritical and unconditional support to Corbyn and the political concessions he makes – the measures he judges necessary to pursue the chimera of a pacified PLP right.

A couple of amendments to this terrible formulation were submitted, one emphasising that support for Corbyn should be predicated on his working within the remit of conference decisions and the other, politically much better amendment, which made support for Corbyn conditional on him fighting for “the thorough democratisation of the Labour Party and society” and emphasising the basic right for members to “criticise him when and where necessary – for example, over his silence when it comes to the witch-hunt against his supporters in the Labour Party”. A debate on this would have been very useful and, no doubt, would have revealed some serious differences. Precisely for this reason, the organisers ensured that there was no time to have this key issue aired at all.

Second, the mantra came from the top table, as well as the floor, that the only priority that mattered was the achievement of a “Labour Party government led by Jeremy Corbyn” – no caveats about the political content of that government’s programme, the compromises it might offer to pacify the right wing, its room to provide meaningful gains for the working class, etc. In the absence of a debate on these themes, the conference’s discussions around this mantra of the ‘next Labour government’ became both apolitical and ahistorical. It was almost as if we have enforced on ourselves a sort of voluntary amnesia, where we forget the actual history of past Labour governments – their attacks on our class, authoritarian restrictions on democratic rights, support for brutal imperialist wars, etc.

The bulk of the day’s proceedings were taken up with reports from the CLPD’s various working groups. These were of widely varying degrees of political nous and quality, it must be said. For instance, the women’s group presented an interesting feedback on its impressive record of work, even though I felt that its orientation was very ‘bureaucracy-centric’. There was too much emphasis on structural/legalistic initiatives as avenues towards women’s liberation rather than the question of struggle and the role of the working class. The comrades spoke of increasing “diversity” and the problems of “low-income” women. I was put in mind of the Women Against Pit Closures movement in 1984-85: their energy, anger and brilliantly innovative methods of struggle and solidarity. Surely that should be a model for us as socialists, rather than the route to women’s freedom being through ‘breaking glass ceilings’ and shimmying up the corporate ladder?

Councillor Yasmine Dar was billed to speak “on national executive committee goings-on”. Instead, the comrade delivered a very high-tempo, slightly garbled contribution, the bulk of which consisted of telling us that she and other left comrades on the governing body were there not to “put forward our views – we put forward your views”. In fact “Our responses are your responses,” she told us at one point. Quite how she or any other leftwinger on the NEC could aggregate the views of the couple of hundred in Birmingham – let alone the hundreds of thousands in the party at large – remains a mystery to me.

By far the best speech of the day was the last, made by Stephen Marks, a Jewish Voice for Labour comrade from Oxford, who was co-reporting from the national constitutional committee (which deals with all disciplinary matters that the NEC feels it cannot resolve).1)Stephen Marks was (ostensibly) the bone of contention that caused the 2018 bust up between Momentum and the CLPD when – under their mutual flag of convenience, the Centre Left Grassroots Alliance – they fell out pretty spectacularly about the composition of the their slate for the NCC. Momentum’s owner, Jon Lansman, opined that “’the Jewish community’ with not tolerate a JVL representative” – ie, Stephen Marks.While the comrade explained that he was constrained by some legal considerations, he certainly was not constrained by politeness. He spoke with real passion and anger about the witch-hunt in the party. He ripped into the existing procedures as not fit for purpose; called for a “no leaks” stricture to be rigorously imposed on the right wing of the PLP – weasels who go scuttling to the press with privileged information (my words, not his); he was nearly drowned out by cheers when he stated that Tom Watson should be told to “shut up”; and – most important of all, in my view – called for comrades to formulate an “independent position to Corbyn and McDonnell” on key issues like this.

Undoubtedly, it was a stirring way to end proceedings, but the point was that we had not even touched on the key business we needed to debate and decide on – the secretary’s report and the policy motions. Throughout, the various chairs bumped other things up the agenda, in front of these two key items. This toxic culture of regarding debates and public differences between comrades – even if the divisions are sharp and heated at times – is anti-democratic to its core. It is a crippling weakness that comrades suffer from.

At the start of the afternoon session we were advised by the chair that the executive committee (largely the same as the 2018 version, I believe) had met and produced a feeble motion of mealy-mouthed ‘support’ for Chris Williamson MP. This reads:

1. CLPD exposes all forms of anti-Semitism and racism.

3. CLPD does not believe Chris Williamson MP should be expelled from the Labour Party.

4. CLPD will circulate the statement at

I have no doubt that, if conference had been allowed the time and space to amend this pathetic ‘solidarity’ message, we would have ended up with a far angrier, harder position being adopted. By the same token, I am sure that if the comrades in Birmingham had also been able discuss the motion calling for critical distance from Corbyn – let alone the icon-smashing call for a new, Marxist influenced clause four – there would have been outrage, sharp exchanges and hard lines drawn between different positions.

In other words, the CLPD’s executive committee seemed determined to starve us of the meat and drink of politics l