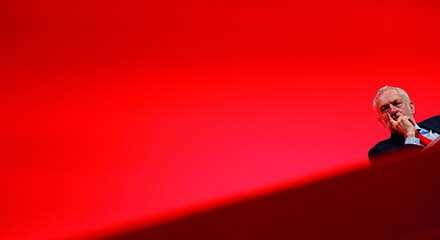 What seems to happen in elections nowadays is that Labour starts off way behind and then catches up over the course of the campaign – the reasons are doubtless complex, but a combination of dogged class loyalty and surging hope for the future delivers millions of unexpected votes. This current election seems to be conforming to that pattern – the commanding lead previously held by the Tories appears to be dwindling, meaning that it is quite conceivable that Labour could end up with the most seats in the House of Commons.

Going back just a bit, the near sensation on November 27 of YouGov’s constituency-by-constituency poll made seductive reading for the Tories and appeared to be very bad news indeed for the Labour Party – it predicted a big win for the Tories with 359 seats (an extra 42), giving Boris Johnson a majority of 68 to “get Brexit done”. As for Labour, it was back to 211 seats – a result in line with the fairly disastrous 1983 election.

As pointed out by YouGov’s political research manager, Chris Curtis, the “only silver lining” for Labour is that there are still 30 seats where it is currently 5% or less behind the Tories – meaning it might be able to “paste over the cracks” in the so-called “Red Wall”.

But, rather wisely, perhaps, Dominic Cummings – the supposed cunning mastermind – warned about the dangers of complacency in a typically lengthy blog post: “Trust me,” he writes, “as someone who has worked on lots of campaigns, things are much tighter than they seem and there is a very real possibility of a hung parliament.” Cummings recommends that the “most useful thing” people can do is “make the time to speak to friends and family” and convince them to vote for Boris Johnson – anything else means a “Corbyn-Sturgeon alliance controlling Downing Street”, which would be a “disaster”.

Cummings’ fears can be seen as realistic when we look at a couple of the latest opinion polls, which represent quite a contrast from the week before. Of course, the unexpected can always happen – the same for spectacular cock-ups or idiotic gaffs (here’s looking at you, Boris). Events can undermine even the most brilliant-looking strategy.

Coming out just after the YouGov MRP survey, a poll conducted by the BMG group for The Independent paints a different picture. The Tories are now on 39% – down 2% compared with the last BMG poll published on November 23 – while Labour is on 33% (up by 5%). Then the Lib Dems are down 5% to 13%, with the Brexit Party languishing on 4% – coinciding with the general picture of the party more or less disappearing for the purposes of this election. Needless to say, this was precisely the calculation of Team Boris and Dominic Cummings – which is turning out to be a pretty reasonable assessment. Lastly, in terms of the BMG/Independent poll, the Greens are stuck on 5% (out of kindness we will not even bother mentioning the UK Independence Party or Change UK).

Clearly, 39% is a significant drop for the Tories – going from a fairly consistent 14%-15% lead down to a mere 6%. Journalists who had been writing confidently about a Tory majority of over 50 are now penning articles discussing how we could be facing a repetition of the last election – it being generally accepted that a lead of 7% or less for Boris Johnson means we might be heading towards another hung parliament.

This poll suggests that Labour’s bounce, if that is what it is, is attributable to a growth in support among ‘remain’ voters, with 49% saying they will vote for the party – a 10-point rise on two weeks before. By contrast, just 21% of ‘remain’ backers say they will vote for the ‘revoke now’ Lib Dems, down from 24% in a fortnight. Not that surprisingly, there has also been a solidifying of Labour’s support among those who backed the party at the last general election, with 77% of those who previously voted Labour now saying they will do so again – up from 69% in the previous Survation poll. Maybe crucially, 13% of Labour’s 2017 voters remain undecided, compared to 8% for 2017 Tory voters – figures which could make all the difference, when it comes to who ends up in No 10.

Making the election result even more uncertain, BMG found 30% of people said they would be “voting for the best-positioned party/candidate to keep out another party/candidate that I dislike” on December 12 – which is a lot of people going for the ‘lesser evil’. This is significantly up from 22% at the start of the election campaign, and 24% in an identical poll last week. Only 51% of voters said they would pick “the candidate/party I most prefer, regardless of how likely they are to win”. The pro-EU campaign group, Best for Britain, calculated last week that just 117,000 voters in 57 constituencies have the chance to change the course of the election by voting tactically. In 27 of these seats, it seems, it would take less than 2,000 tactical votes to prevent a Tory victory. Best for Britain believes that, if anti-Brexit voters deny the Tories victory in all of these 57, Johnson would wake up on December 13 with just 309 seats – a dozen short of a majority (whilst Labour would be on 244).

With a week to go before election day, it is timely to remember that in 2017 there was a last-minute surge towards Labour. We also have to take into account that between the election announcement and the deadline more than 3.1 million people have registered to vote. According to official government statistics, 660,000 people registered on the day of the deadline – of these people the vast majority were young, with 252,000 in the under-25 age bracket and another 207,000 between 25 and 34. Now, were these young people frantically registering at the last moment in order to vote for Boris Johnson or Nigel Farage, heroes for their generation? The question answers itself – no, it is highly likely that Labour will benefit.

Either way we say this: vote Labour but without illusions.

Things could still go disastrously wrong for Labour, it goes without saying, but the line of march seems pretty clear. For a perspective, look at the strategy pursued by Team Boris – which was based on the premise that the Tories are prepared to lose some seats in the south-east, but that would be more than compensated for by gaining Labour seats in the Midlands and the north. That is beginning to look decidedly ropey, especially when it comes to the northern seats.

What seems to be happening is that Labour’s much derided “ambiguous” stance on Brexit seems to be paying off, though by how much is yet to be decided. Rather than securing the vote of the 51.9% who voted Brexit, the Tories are losing ground to a Labour Party promising a second referendum and a ‘Brino’ (Brexit in name only) – which effectively means staying within the structures and regulations of the European Union. But, of course, the argument is not just about Brexit and Jeremy Corbyn’s professed neutrality on the issue, but also Labour’s manifesto – its ‘extravagant’ spending promises and ‘broadband communism’ garnering a level of support from the electorate – certainly not antipathy. Jon Cruddas helpfully reminded us recently that Harold Wilson effectively ‘did a Corbyn’ during the 1975 referendum, letting the cabinet fight it out, whilst taking an Olympian view himself – nobody at the time thought Wilson was crazy or a cowardly fence-sitter.

As this paper has pointed out on many occasions, the main question we face, should Labour emerge as the largest party – or even it were to win an overall majority – is, would that necessarily mean a Corbyn government? The two main fears of large sections of the ruling class are, firstly, even if Corbyn can now be largely controlled from their point of view, would his election provoke a ‘crisis of expectations’ among the working class? Secondly, if Labour’s proposed second EU referendum produces a victory for his proposed Brino deal, how would British capital view such a removal of UK influence in EU decision-making? Surely a safer option would be a straightforward ‘remain’?

If it turns out there shall be a clear ‘remain’ majority in the new parliament – why not install a cross-party national government that will not only reverse Brexit, but ensure that Jeremy Corbyn cannot be prime minister? And there might well be more than enough rightwing members of the Parliamentary Labour Party who would be prepared to go along with that. After all, they too not only oppose Brexit, but are desperate to see Corbyn removed as leader.

The failure of the Labour leadership to give the membership the power to deselect these pro-capitalist traitors means that such an outcome would be more than possible.