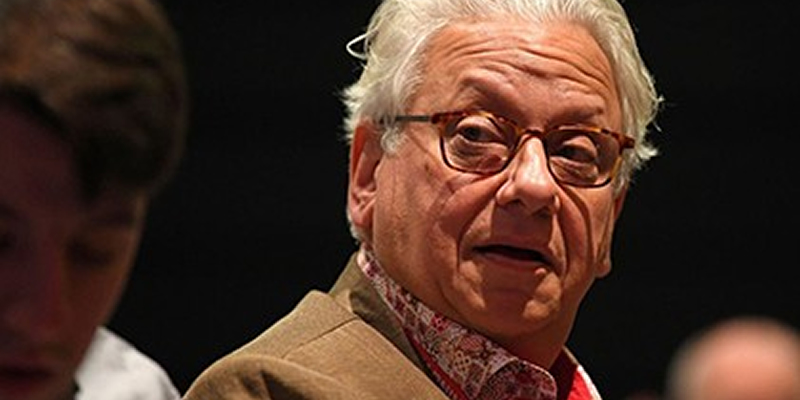 Momentum is irreformable, argues David Shearer of Labour Party Marxists, but we should back principled left candidates

The biennial elections to Momentum’s leading committee, the national coordinating group, began on June 16 and will end in two weeks time.

This token committee consists of up to 36 members – four from each of five rather arbitrarily defined ‘regions’, plus four “Labour public office holders”, a maximum of 10 nominated representatives of trade unions and other affiliated organisations, and one each from Welsh Labour Grassroots and the Campaign for Socialism (Scotland). According to Momentum’s own guidelines,

They certainly would not fail a ‘political correctness’ test, would they? The NCG is supposed to meet at least four times a year, but everyone knows that up to now Momentum has been something of a one-man show. Founded in 2015 as a left-Labour grouping in support of Jeremy Corbyn, following his election as party leader, it was literally owned by Jon Lansman, who in May 2020 announced he was going to stand down as Momentum chair. As of June 15 2020 he remains, according to Companies House, a director, alongside Elizabeth Kennedy Hayden, of Momentum Campaign (Services) Ltd.

It was Lansman’s January 2017 coup that put an end to any meaningful democracy within the organisation and since then more and more members have become disillusioned. Momentum became one of the living dead, with many on the Labour left hoping to see the creation of an alternative grouping. Amongst this discontent the Labour Left Alliance was formed in July 2019.

Lansman’s resignation as chair comes, of course, after the disastrous December 2019 general election and the humiliation of Rebecca Long-Bailey, the continuity candidate, in the subsequent leadership elections. Lansmanism had ended in complete, utter and comprehensive failure. But it is a case of ‘Lansmanism is dead, long live Lansmanism’. His co-thinkers formed a new faction, named Momentum Renewal, which is standing a full set of candidates for the NCG in each ‘region’, as well as for ‘office-holders’, including John Trickett MP.

The main ‘left’ opposition grouping is called Forward Momentum, which includes, amongst others, supporters of the Alliance for Workers’ Liberty. The social-imperialist AWL operates, in fact, more like an external faction of Momentum Renewal. Its candidate, Ruth Cashman, was rudely ejected from standing under its slate and is now to be found under the Momentum Internationalist banner.

Unlike Momentum Renewal, Forward Momentum replied in full to the questions posed by the LLA to NCG candidates.2 It says it is committed to the “fight for socialist policies”, which include a series of vague policies relating to “public ownership”, rolling back privatisation in the national health service, “advancing migrants rights” and repealing “all anti-trade union laws”. Equally vaguely, it calls for “greater democracy” in the Labour Party, but at least it specifies support for the open selection of parliamentary candidates.

To show that it too can pass the PC test, Forward Momentum states: “We are committed to fighting racism, sexism, homophobia, transphobia, Islamophobia, anti-Semitism, ageism and disablism.” But, talking of anti-Semitism, what does it say about the ongoing witch-hunt directed against the Labour left, based largely on false allegations of anti-Semitism?

Well, yes, “some individuals face suspension for unclear reasons”, but “Independent reviews reveal that there are clear incidences of anti-Semitism within the Labour Party that must be tackled.” True, “the level … in the Labour Party does not exceed that of the general population or other political parties”, but “any level … is serious and needs to be dealt with” – after all, “the Labour Party, including the left, is not immune from anti-Semitism and other forms of racism”.

Bravely, however, Momentum Renewal denies that “non-violent means to pressure the Israeli government to end its illegal occupation of Palestinian territories and comply with its obligations under international law” are “inherently anti-Semitic”. Well, that is good to know. Presumably violent means are inherently anti-Semitic. And in that miserable spirit it maintains a slightly ambiguous stance on the International Holocaust Remembrance Alliance’s so-called ‘definition’ of anti-Semitism, which was adopted by Labour in 2018:

We recognise that many Palestinian civil society organisations, human rights campaigners and others have raised concerns about how the examples that accompany the IHRA working definition could be misused to stifle discussion about Palestinian oppression. We are absolutely clear in holding the Labour Party to its commitment on not undermining freedom of expression, as well as to defending our Jewish comrades against anti-Semitism.

An altogether more principled position is taken by the Anticapitalist Platform, which was formed, in the main, by Red Flag, an organisation that is politically close to the now liquidated Workers Power (Paul Mason used to be a leading member).

The key lesson of the Corbyn leadership is that the pro-capitalist Labour and trade union bureaucracy will never allow ‘their’ party to be peacefully – democratically or bureaucratically – transformed into a fighting party of the working class, one dedicated to the expropriation of the capitalist class and the implementation of workers’ power on the basis of a democratically planned economy, which is the only honest definition of socialism.

It puts forward a series of demands, including, the nationalisation of “the commanding heights of the economy, without compensation and under workers’ control”. The banks too should be nationalised and merged “as the first step towards a democratically planned economy”, which would allow the working class to “implement a green industrial revolution, abolish poverty and expand social services”.

And it is clear that “socialism”, however defined, must be a global enterprise: “Such a programme can be started in Britain, but only realised internationally.” Working class “resistance to … crises must be linked to the struggle for the overthrow of capitalism as a system and the organisation of an international socialist commonwealth”.

Whatever our differences with some of this, including the lack of any demands relating to the immediate struggle for a democratic republic, it is clear that this is not the usual Labour left reformism. In fact it is clear that the Anticapitalist Platform is committed to the complete transformation of Labour:

Our starting point is recognising that the Labour Party is contradictory. On the one hand, it is the expression of that part of the working class that sees itself as a class and the need to form an independent party that fights for its rights. On the other, it is a party of the union leaders and officials and their counterparts among the MPs and councillors, who want to manage capitalism better than the capitalists and promote a more equitable society.

The starting point in the transformation then is “full democratisation”, going far beyond “open selection”. But in the end, “We have to purge the party by replacing every pro-capitalist MP, councillor and official with class fighters.”

Where the three Anticapitalist Platform candidates are standing they deserve support. In other words, if you are in London, two of your four regional votes should go to Urte Macikene and Marcel Golten. Meanwhile, if you are part of the “Yorkshire, North East, Cumbria, Scotland and International region”, then cast your vote for Andy Young.

In saying this, I obviously disagree with the position taken by the LLA’s organising group, which met on June 13. It agreed to support Syed Siddiqi, who is standing in London, and added:

While we do not offer endorsements for any other specific candidates or slates, we encourage all Momentum members to take part in this election process to support candidates that will commit to a real transformation, and to consider their responses (or failure to respond) to the questions from LLA.

So why the exception for Syed Siddiqi (also standing in London)? It is more a question of solidarity than political support, it seems, as he has been suspended from Labour on false ‘anti-Semitism’ charges since December 2017 as part of the anti-left witch-hunt. Although he is an LLA signatory, his platform is not exactly radical. However, he says he is “a socialist member of the party”, who will “campaign for Momentum to have a members-led annual conference which determines Momentum’s position on national campaigns and policies”.

Nevertheless, he should be supported, in addition to comrades Macikene and Golten. In general, however, it is obviously a good idea to back principled candidates. By definition that does not include anyone standing under the Momentum Renewal or Momentum Internationalist banners. With that in mind, I would encourage all members to visit the Momentum website and closely read the statements of all those standing in their region. You should have received an email giving you access to online voting, as well as to all the candidates’ statements.

In this I am clearly at odds with those members of the LLA organising group who are supporters of Labour Party Marxists. At the June 13 meeting, they agreed that the LLA should not in general endorse any candidates, on the basis that Momentum is dying a death and is no longer a site for struggle.

This was a mistake. Nonetheless, it is clear Momentum is irreformable. So, yes, vote, but vote without illusions.