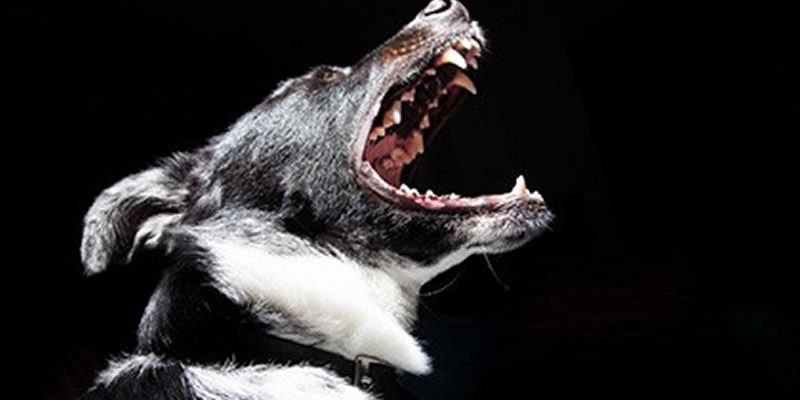 After a few muffled cries of initial outrage, it has all gone rather quiet on the official Labour left front. Within hours of Jeremy Corbyn’s suspension, following his criticism of the Equality and Human Rights Commission report into ‘Labour anti-Semitism’, the usual suspects lined up to politely express their opposition to what Sir Keir Starmer had done to the former Labour leader. One of the first to rally to the defence of Corbyn was the former shadow chancellor, John McDonnell, who set the tone for much that was to follow. Calling upon the party leadership to lift the suspension, he argued:

On the day we should all be moving forward together and taking all steps to fight anti-Semitism, the suspension of Jeremy Corbyn is profoundly wrong. In [the] interests of party unity, let’s find a way of undoing and resolving this. I urge all party members to stay calm, as that is the best way to support Jeremy and each other (my emphasis).

In a similar vein, the Socialist Campaign Group of MPs’ call to arms declared:

We firmly oppose the decision to suspend Jeremy Corbyn from the Labour Party. We will work tirelessly for his reinstatement. The fight against anti-Semitism and all forms of racism is central to the struggle for a society based on justice and equality (my emphasis).

These themes were reiterated in statements and comments in the days that followed. Thus, a group of seven trade union leaders argued that Corbyn’s suspension was “ill-advised and unjust” and had deepened division within the party. The general secretary of the Communications Workers Union, Dave Ward, declared that “nothing that Jeremy said warranted his suspension. It was a well-balanced and factual response to an equally well-balanced report” (my emphasis). These calls for Corbyn’s reinstatement were combined with yet more pleas for ‘party unity’ and an end to factional civil war within Labour. The union leaders’ statement is worth considering in detail:

The publication on Thursday of the EHRC report ought to have marked a moment of reflection and repair for our party. Instead, an ill-advised and unjust suspension has caused division.

We therefore call upon the leader, Keir Starmer, the general secretary, David Evans, and the NEC to work now with us as affiliated unions to repair this damage.

We speak as the leaders of unions representing working people who desperately need a Labour government. We cannot comprehend why the leadership would not only compromise the opportunity to unite our party behind the implementation of the EHRC’s important recommendations, so that they can be taken forward with the members’ full trust and confidence, but also undermine our party’s democratic processes and, ultimately, our party unity.

We therefore urge Keir to work with us on a fairer, unifying way forward (my emphasis).

If we look at these and subsequent statements, two key themes are constantly repeated: the need for party unity and an acceptance of the validity of the allegations made about the extent of anti-Semitism within the Labour Party. Thus, at the Momentum online rally – ‘Stand with Corbyn: defend democracy’ – and a similar online event organised by the Radical Alliance – Defend Corbyn: Defeat Racism; Build Socialism – leading Labour left speakers, such as John McDonnell, Ian Lavery and Laura Pidcock, confined their remarks to either a defence of Corbyn’s ant-racist record or appeals to activists not to say or do anything that might provoke further suspensions or expulsions. It was all very much a case of ‘Don’t mention the war: just keep calm and carry on’.

Yet, while the official Labour left fights a phoney war, Starmer and his supporters in the apparat are gearing up for a systematic witch-hunt and a gouging purge of the left that could include not just Jeremy Corbyn, but his close comrades in the Socialist Campaign Group, such as McDonnell and Rebecca Long-Bailey. With the threat of such wholesale attacks hanging over them, why has the response of the leaders of the Labour left been so supine and spineless?

One explanation lies in that little word ‘unity’ that peppers their statements. Instead of understanding that Starmer represents the openly pro-capitalist wing of the Labour movement, who want a neutered party that offers a reliable second eleven for the British state, the official left offers only timid compromise. For some this attempt at rapprochement might be simply explained by parliamentary careerism and a wish to come to terms with ‘the new management’. The public betrayal of Corbyn by his former protégé, Angela Rayner, immediately following his suspension could easily fall into that category. But at least she had the honesty to reject her former leader live on air: the majority of left MPs have simply remained silent and kept their heads down, hoping that the storm will pass.

However, careerism and cowardice are only part of the explanation for the nature of their response. The main focus of the Labour left throughout the party’s history has been the election of a Labour government and the safe pursuit of reformist politics strictly within the confines of the constitution. Unity with the openly pro-capitalist right and keeping their appointed place within the fold at any cost has been an essential element in that strategy, and so it continues today, even in the face of Starmer’s open declaration of war.

This explains what became the hallmarks of Corbyn’s leadership: namely his constant compromising with the right and a refusal to remove the plotters and fifth columnists working against his leadership within the Parliamentary Labour Party. Such saintly forbearance is undoubtedly admirable in private life, but for socialists and those committed to militant class politics in the Labour Party such passivity in the face of the enemy is inexcusable.

These original sins of the Labour left are not just revealed in acts of omission and capitulation to the right. Many leaders of the official left have been more than willing to sacrifice socialists and throw their ‘comrades’ under the bus in the interests of ‘party unity’. This explains why the statements quoted above all accept the underlying premise of the EHRC report and the slanders of the Labour right and their friends in the media about the extent and nature of ‘anti-Semitism’ in Labour. Far from having zero tolerance towards the libels linking the socialist left to anti-Semitism, Jeremy Corbyn constantly gave ground and allowed good socialists and campaigners for Palestinian rights to be sacrificed to appease the right. Corbyn’s former chief of staff even boasted of how committed and zealous the Corbyn leadership had been in dealing with ‘anti-Semitism’ in the party – or, to give it its real name, pursuing a witch-hunt at the behest of the Labour right.

Thus, the genuflections to the EHRC report are not simply diplomatic niceties, reluctantly conceded by the spokespeople for the official left. When they compromise and equivocate, describing the report as “well-balanced” and a way to “repair the party”, they know full well what they are doing. When they call for the implementation of its recommendations, they clearly understand that they are legitimising these attacks on the left and preparing the ground for a further intensification of Starmer’s purge.

The refusal of the Labour left leaders to take the fight to the right is all of a piece with their previous complicity in the witch-hunt: their pathetic response in the last week shows that we cannot rely on them to take us anywhere – except into a dead end of compromise and defeat. But, if they are clearly not up to the job, the reaction of many ordinary party members to Corbyn’s suspension shows the potential that exists. The online protest meetings, such as those organised by Labour Against the Witchhunt, and the reports of Constituency Labour Parties passing resolutions demanding Jeremy Corbyn’s reinstatement indicate a willingness amongst the party rank and file to carry the fight to Starmer.

But it is true that there is also a great deal of confusion and uncertainty about how exactly we can begin to fight back. The calls for calm and playing by the rules laid down by the right have demoralised many. Reports of party officials prohibiting any discussion of the EHRC report or Corbyn’s suspension are commonplace, as is the complicity of supposedly left MPs in closing down debate and restricting opposition to the diktats of Starmer’s new management. The result is that many socialists have either lapsed into inactivity or left the party altogether. Some are proposing establishing new groups outside the Labour Party or concentrating on other forms of ‘grassroots activism’. Such attempts at ‘new politics’ will inevitably peter out, in either a sectarian cul-de-sac or aimless activism.

Rather than abandon the field to the right, socialists should stay and fight. However, that fight should not simply be one in defence of party democracy and free speech. It is of necessity a fight against the pro-capitalist leadership and for an organised political current committed to a Marxist programme. Starmer has launched a civil war against the left, and, unlike John McDonnell, Len McCluskey and co, Labour Party Marxists will not turn away from the challenge. We will be arguing that socialists should not waste any more time awaiting the call (which will never come) from the official left. Instead we will be encouraging comrades on the left to organise through Labour Against the Witchunt against the purge.

The dogs of the official left who didn’t bark last week have shown they will never take the fight to the right. We cannot wait around any longer: we cannot afford to cede the initiative to the right. Now is the time for us to show our teeth and begin the serious, militant response that Labour’s crisis demands.