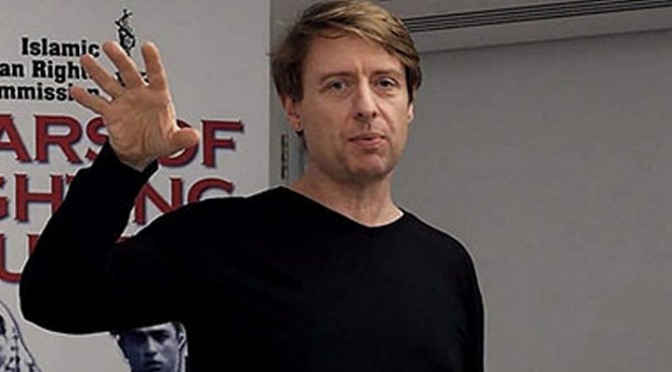 The campaign to get Bristol University academic David Miller dismissed from his post is just the latest example of a growing clampdown on free speech that is having a chilling effect on public life. Whether it be the restrictions on public protest proposed in the Johnson government’s Police, Crime, Sentencing and Courts Bill or the continuing smears from the Labour right, which equate anti-Zionism with anti-Semitism, these attacks are intensifying and now pose a serious threat to any forms of political dissent labelled as ‘extremist’ by the powers that be.1

In the case of professor Miller, the campaign has taken an all too predictable turn, with over 100 MPs and peers signing an all-party motion demanding that his university ‘take action’, accusing him of “inciting hatred against Jewish students” and claiming he has “undermined the safety and security of Jewish students under the pretence of free speech”.2 For these parliamentarians the core of their complaint is Miller’s opposition to Zionism and his ‘unacceptable views’ on the oppressive nature of the Israeli state.3

These attacks on David Miller, however, have not gone unanswered. The newly formed Labour Campaign for Free Speech (LCFS) has joined in the fight to defend both Miller and wider academic freedom. It has already mobilised support from an impressive range of academic and public figures, including Ken Loach, Alexei Sayle and Noam Chomsky, as well as organising online rallies and meetings to publicise the case.4 The latest event held to back David Miller took place on Saturday March 13 and attracted over 300 participants who heard from, amongst others, well-known rapper Lowkey, Nazareth-based journalist Jonathan Cook, Israeli-raised academic Moshé Machover, and Deepa Driver, a campaigner for Julian Assange.5

The keynote for the rally was set by a spokesperson for LCFS, who argued that this is an important test case and that, if successful, other academics critical of Israel, could also be targeted and possibly fired. The aim was to create a climate of fear and silence academics, and others, from speaking out against Israel’s policies. The LCFS statement also correctly saw the conflation of criticism of Zionism with the hatred of Jews, and the use of the International Holocaust Remembrance Alliance ‘definition’ of anti-Semitism to ban all serious criticism of the state of Israel, its policies and its ideology as the essential underpinnings of the campaign against Miller.6

However, it was Moshé Machover’s contribution that pointed to the wider political significance and international context of this ongoing campaign. The targeting of academics and political activists by the British establishment, pro-Israel organisations and the Labour right was designed to do more than stifle all opposition to the Zionist colonisation project and the Israeli state. As he has consistently argued, comrade Machover suggested that this campaign and support for Israel amongst the British ruling class is not motivated by an ideological commitment to Zionism per se, but is rather intimately connected to an essential strand in British foreign policy – toeing the US line. Thus, support for Israel – a key Middle East ally and junior partner of the imperialist hegemon – is not simply symbolic: it is both strategically and politically fundamental to the calculations and interests of the British state.7

Understanding these state connections and political interests is vital if we are not to fall into the trap of solely focusing on the Zionist lobby or arguing that, in pursuit of their sectional project, Zionists have successfully ‘captured’ the leaderships of the two main parties in Britain.8 As with the familiar, but profoundly wrong, arguments that it is the Israeli tail that wags the American dog, this approach actually inverts, and thus seriously distorts, the real nature of the political and power relationships between Britain, the US and Israel.

Significantly, the weaponising of anti-Semitism is an international phenomenon, used to not only undermine support for Palestinian rights, but also to weaken anti-imperialist politics and hinder the development of mass anti-war movements in Europe and the US. Increasingly, the conflation of anti-Zionism and anti-Semitism is being broadened to similarly equate radical opposition to capitalism itself with anti-Semitism and thus identify political dissent with ‘extremism’.9 So, in fighting back against these definitions and this policing of ‘acceptable’ perimeters, the politics of anti-imperialism must, of necessity, come together with the politics of free speech and the right to dissent. Moreover, for campaigns like LCFS to be both principled and successful in mobilising support, it is essential that this convergence occurs and that these links become indissoluble.

All of which brings us back to the campaign to defend David Miller. Labour Party Marxists champions unrestricted freedom of speech, publication, organisation, assembly and the right to strike.10 At the launch conference of LCFS, our supporters strongly argued for the long-established Marxist view that open debate and the right to question ideas, conventions, rules and laws are fundamental democratic rights and valuable historical gains which must be vigorously defended.11

Thus we agree that the campaign to defend David Miller should be supported without reservation. It should go without saying that, in this context, an injury to one is an injury to all: any attack on his right to free speech is an attack on all our democratic rights. As comrade Machover argued before last Saturday’s conference, “David Miller should be defended by all those who value freedom of speech and in particular academic freedom.”12

However, our full support for professor Miller’s democratic rights does not extend to unconditionally backing his politics. In fact, we have fundamental differences with him on the nature and significance of ‘Islamophobia’ as a political dynamic that shapes the foreign and domestic policies of western states.13 His alignment with pro-Shia groups and work with religiously-oriented organisations like the Islamic Human Rights Commission points only to a sectional and religiously sectarian form of politics and runs counter to the radical, secular traditions of the workers’ movement.14

Likewise, David Miller’s analysis of the Zionist lobby and its political influence in the Labour Party fails to look at the wider context and reduces politics to a series of elite manipulations and machinations. He places particular emphasis on the links between Keir Starmer and ‘Zionist money’, and the way in which both Labour and the Tories are financed by Israelis or those who sympathise with Israel, such as Trevor Chinn – who was said to be close to both the New Labour project and to Boris Johnson, while the latter was mayor of London.15

Trying to explain the witch-hunt against the left, or political developments more generally, in this way seriously leads us in the wrong direction. If we are going to defeat the slander that anti-Zionism equals anti-Semitism and defend our democratic rights for free speech, then we can really have no time at all for these conspiracy theories or talk of shadowy networks working behind the scenes.

In politics it is not always open to us to choose our battleground, but the fight to defend David Miller and free speech is one campaign we must win. Free speech is not an optional extra or a bourgeois luxury – it has been fought for historically by the working class and it is a right we must maintain. It remains central to democratic politics and absolutely essential if we are to build a conscious movement that can take power and make the working class the ruling class.