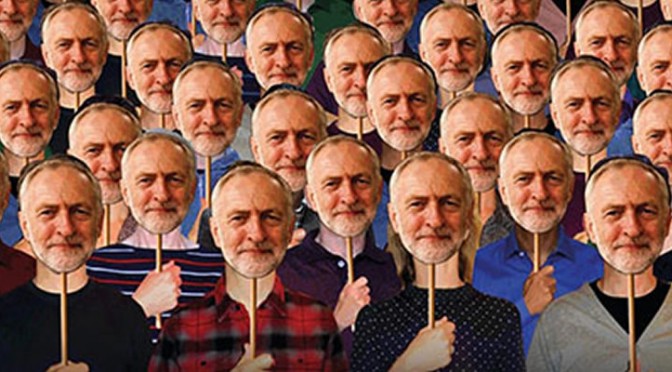 Derek James of Labour Party Marxists welcomes the coming together of the Labour left. However, the cause of unity must go hand-in-hand with principle

After what has been a frankly disastrous year for the Labour left since the election of Keir Starmer as party leader, reports that the leaders of most of the organised left groups within the party and trade unions have met to discuss the way forward are positive.

In the wake of the retreats and compromises of the official left, from the Socialist Campaign Group of MPs downwards, and the resulting disorientation and demoralisation in Constituency Labour Parties, news that the Labour left might at last be getting its act together will clearly be welcomed. Equally important is the fact that the Labour Left Alliance was invited to attend and did so, along with members of Momentum, the Campaign for Labour Party Democracy (CLPD), the Labour Representation Committee, Jewish Voice for Labour, Red Labour and leading figures from the trade union left. It seems that the meeting took no firm decisions on the future strategy of the Labour left and instead established a working group (which did not include any members of the LLA) to report back to a future meeting on areas such as slates for national executive committee elections and ‘left unity’.

Rather than waiting for the outcome of these deliberations, comrades in the LLA should urgently discuss the crisis now facing the Labour left and develop the alternative strategy needed to build a real fighting left current in the party. A good way to start is to understand the recent history of the Labour left and its various interventions in National Executive Committee and other internal elections. The main ‘left’ electoral grouping in the party, the Centre-Left Grassroots Alliance (CLGA), emerged in the late 1990s in response to Blairite remodelling of Labour. Made up of the CLPD and various other small ‘left’ currents, it claimed, as the name suggests, to give the party’s ‘grassroots’ members a voice on the NEC. In the face of Tony Blair’s attacks on party democracy, the CLGA argued that the ‘left’ was too weak to stand by itself and so deliberately reached out to the ‘centre’ when selecting candidates.

Even following the mass influx of leftwingers into the party and the election of Jeremy Corbyn, this unprincipled strategy of appealing to the ‘centre’ remained, and was if anything reinforced by the emergence of the Jon Lansman-led Momentum and its role within the CLGA. Two major criticisms can be levelled at the CLGA: firstly, its strategy of reaching out to the largely mythical ‘centre’ means that many of its candidates could hardly be defined as ‘left’ in any real sense of the word. These ‘broad front’ politics really are a dead end for the left. Indeed, when elected to the NEC, so-called ‘left’ candidates have actually joined the witch-hunt rather than defend the left from attack!1

Secondly, the selection process for candidates is undemocratic and involves horse-trading by various ‘left’ fixers and careerists jockeying for position behind the scenes. As with the current nomination process for the conference arrangements committee, the national constitutional committee and the national women’s committee, a list of candidates miraculously ‘emerges’ and the whole Labour left is enjoined to unquestioningly nominate and vote for it.2 In practice this means that important sections of the Labour left are deliberately excluded from both the process of choosing the left’s candidates and the final recommended lists suggested by the CLGA.

This type of gate-keeping was very much in evidence during the 2020 NEC elections. The LLA approached all of the major left currents, including the CLGA, in an attempt to secure a common left slate. These attempts were rebuffed, and the LLA supported its own slate of candidates, whilst also calling for a vote for the CLGA candidates. During the campaign some supporters of the CLGA argued that the LLA was ‘splitting the left vote’ and would hand NEC seats to the right. The operation of the PR system used in the election was deliberately misrepresented by these comrades as part of a campaign to undermine the LLA-supported candidates and thus maintain their electoral monopoly over the Labour left.3 In the event, not only was the left vote not divided, but the leading LLA-supported candidate, Roger Silverman, secured a creditable vote and showed that there are still comrades in the CLPs who will back authentic left candidates.4

Perhaps it was the strength of this vote that produced the invitation for the LLA to take part in these discussions amongst the left, but, if reports of the meeting are accurate, it is clear that the official left still wants to keep a tight rein on future developments. Even so, it is important to stress that this meeting could be the start of an important initiative and, as such, Labour Party Marxists strongly supports the LLA’s participation in it.

However, the next stages could turn out to be decisive for the success of this project as a fighting campaign that the authentic left within Labour can wholeheartedly support. There is nothing wrong with different groups on the left negotiating about the composition of electoral slates or reaching agreement about which candidates we can support.

What turns that quite normal form of politics into unacceptable and unprincipled ‘horse-trading’ or an undemocratic ‘stitch-up’ is when important sections of the left are excluded from the discussions and there is no principled basis for the agreed slate beyond getting particular individuals elected. Too often in the past ‘left’ slates in NEC elections have been about cosying up to very unreliable ‘soft lefts’ or securing the careers of aspiring professional politicians. Given the leadership’s continuing attacks on party democracy and the purging of the CLPs, we are not prepared to be just spear-carriers or voting fodder for the official left.

Supporters of LPM will back LLA participation in any discussions on a united left slate for next year’s NEC elections, along with proposals for a campaign against the witch-hunt and in defence of party democracy. However, the LLA should set conditions for its support during these discussions. The slate should have a clearly defined, principled basis which all candidates must sign up to. While the specific demands can be defined during the discussions, LPM thinks that they should include elements such as the rejection of the International Holocaust Remembrance Association misdefinition of anti-Semitism, and the readmittance of comrades suspended or expelled during both the first and second waves of the witch-hunt, along with democratic demands such as ‘a worker’s MP on a worker’s wage’ and the accountability of the Parliamentary Labour Party to the NEC and party conference.

LLA should also argue that, given the strength of its showing in the 2020 NEC elections, it should have a candidate on any common left slate for the next elections in 2022 in a winnable position – not just a token slot somewhere down near the bottom.5 The LLA should participate in any meetings and discussions about political and electoral strategy in good faith and with a desire to see such a common, principled position emerging.

It is not a case of ‘unity’ at any price – that would simply be a repeat of the tried and failed politics of the past that resulted in unacceptable compromises and countless retreats by the official Labour left. So, if agreement on these terms cannot be reached amongst the left, the LLA should be prepared to stand a slate of candidates on a principled platform of its own. Such a campaign would galvanise the authentic left in the Labour Party and show the clear distinction that exists between genuine left militants and the compromisers and careerists of the official left. Principled politics is the key to building a real united and fighting left in the party.

Although at an early and somewhat tentative stage, these discussions amongst the organised Labour left are encouraging and give us the opportunity to argue our case for the building of a real left current within Labour that will fight for class politics and the socialist transformation of society.