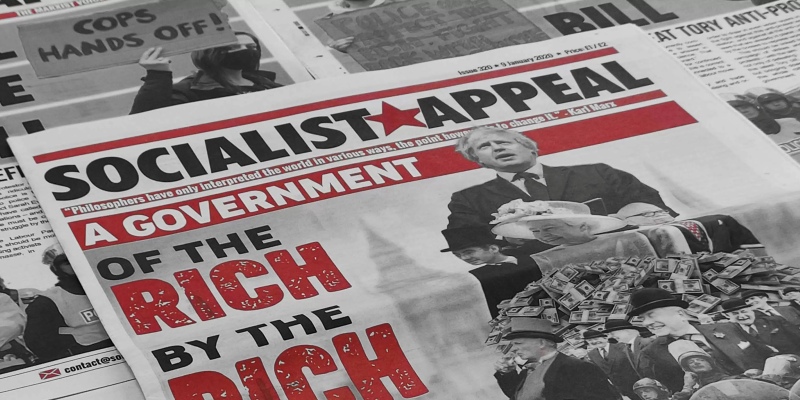 Andrew Byrne, Gerald Wiley and Derek James report on an all too carefully choreographed event staged by the Socialist Appeal comrades

Last weekend’s Revolution festival, organised by Socialist Appeal and the International Marxist Tendency, provided a good snapshot of the politics and the state of the contemporary left, both inside and outside the Labour Party.

The IMT put on a tight show and talked a good talk: in contrast to many on the Labour left, the tone was buoyant, if downright apocalyptic, and morale seemed high. The casual observer who wandered in might easily have concluded that this was a group that was really starting to take off. Certainly, the leadership and committed members of the IMT must have been happy with both the turnout and the tenor – an overall attendance of 400-500, mostly young, people, who listened intently and, when the occasion demanded, warmly applauded the calls for revolution and the overthrow of capitalism. What’s not to like?

The mood was set by Rob Sewell, editor of Socialist Appeal, at the opening rally. He argued that “this is an age of convulsion, an age of turmoil and an age of crisis”, which will only “intensify, because it is rooted in the impasse of capitalism”, the “anarchy of the market” and the “capitalist system”. The result of this pressure on the working class, he predicted, will be a social explosion: a wave of strikes and “Titanic battles” on the horizon. For comrade Sewell, there is “enormous disenchantment in society, especially amongst young people”. The ruling class is “forcing down the lid, but this pressure is continually building up and building up …”

Having set the scene for this impending crisis, he then reviewed the recent history of the Labour left and Corbynism. Here comrade Sewell went over familiar and, for us, uncontroversial ground about the failure of the Corbyn leadership and the official left to take the fight to the right on open selection, along with the disastrous compromises and concessions it made during the witch-hunt against the left. He argued that such compromises and retreats were inherent in Labour left reformism, but did not explain the structural reasons why such conciliationism is inevitable. This was strong, barnstorming rhetoric and correct condemnation, but no analysis whatsoever, beyond ‘Corbyn movement good, left reformism bad’!

The culmination of the peroration went to the heart of the IMT’s politics and current strategy. Because there can be no lasting reforms during a capitalist crisis, the Labour right and trade union bureaucrats will crumble, since they cannot deliver anything for the working class, we were told. In the coming period the workers will look towards the industrial front to defend their living standards rather than the Labour Party and “we will be with them”. But the crisis will also produce radical changes from which, comrade Sewell assured the meeting in his conclusion, a new, stronger, more determined left will emerge. However, these developments, in and of themselves, were not enough to produce a socialist revolution:

We still need the forces of Marxism in order to steel it and direct it. Our task, surely, is to … be there … with the right ideas. We have to build our force of five or 10 thousand Marxists. At the moment we have about a 1,000. We have to get to 5,000, we have to get to 10,000. Then we can become a factor in the situation … we can provide not just the backbone, but also the ideas and perspectives. And these ideas can grow and develop on the basis of the events themselves.

Consciousness will change. It will be transformed. And the ideas of Marxism will become more and more attractive, despite the attacks of the right wing. We stand for the idea of socialist revolution … But it depends on us, no-one else … our task is to build the forces of Marxism and prepare for the future, lead a successful revolution in Britain as the stepping stone for a successful world revolution in the coming period (our emphasis).

Whether discussing historical materialism or the lessons of the Paris Commune, variations on these themes would be heard in the various sessions throughout the weekend. This theory of crisis and the idea of spontaneous, economistic transformation of consciousness “on the basis of events themselves” has been very much the common currency of Trotskyism since the late 1930s at least and is all too familiar as a guiding strategy for many on the left today. Its combination of passivity produces a sense of inevitable determinism: for these comrades Marxist political consciousness is either generated spontaneously simply by the mere fact of exploitation in work or by “events”.

This mechanistic schema of how the consciousness of the working class will be transformed and thus produce the desired revolutionary outcome has now become the common sense of far too many of those claiming to be Marxists. As we see here with the IMT, paradoxically it is often combined with a heightened sense of urgency, agency and activism, which substitutes the building of a mass party of millions committed to the self-emancipation and self-activity of the working class with an enlightened group of a few thousand leading the bovine masses towards ‘revolution’.

This emphasis on ‘building the revolutionary party’ was the central theme and the main purpose of the whole event. It was clear from both the opening contributions and resulting discussions that the Revolution festival was part of a process of what one leading IMT comrade described as “building a revolutionary and theoretically trained cadre who could intervene in the struggles ahead and lead the masses to victory”. However, the ‘theory’ on offer was pretty thin gruel and ultimately rather unsatisfactory if you wanted more than the familiar slogans and appeals for action.

Thus, the session on ‘The life and ideas of Lenin’ was a rather potted and distorted account of Lenin’s politics and the development of Bolshevism during the Russian Revolution, which emphasised “the rapid growth of the party” in a few months from a small minority to a force capable of taking power. Similarly, ‘How to build a revolutionary party’ , although ranging far and wide over the history of revolutionary politics in the 20th century, just repeated many of the same canards about the nature of these parties and why they succeeded – or, in most cases, failed. The lesson was that “cadres are the bedrock of the revolutionary party and the key to a successful revolution” rather than the conscious hegemony of the class acting as class for itself. So the message here was loud and clear: “We need a party of thousands”, so, join, join, join!

Given the IMT’s origins in the old Militant Tendency, we were not surprised to see Militant’s historical economism rear its ugly head in a complete lack of serious analysis of the important political question of the state and constitution. In sessions whose topics ranged from the climate crisis to the monarchy, we found the same unMarxist formula, “the market dictates to the state, and not the other way round”. Whilst the IMT comrades were drilled well on the need to abolish the monarchy, the state, standing army, etc, speakers and chairs were vigilant in reminding listeners that such demands, whilst relatively popular now, should not be made in the current context, as such institutions can “only be overthrown by the socialist revolution”.

Thus, the IMT not only finds itself at odds with over 170 years of Marxist tradition: it also adopts a position with its own internal contradictions. The comrades simultaneously recognise that in times of revolutionary crisis state institutions like the monarchy are given “unlimited and unchecked power”, yet at the same time characterise it as a mere “reactionary relic” – something that is not really worth dealing with now. As one of the comrades put it, “We’re not going to abolish the monarchy under capitalism and, to be honest, abolishing the monarchy under capitalism wouldn’t change anything.”

As an event, this was all about recruitment and consolidating the IMT’s periphery, especially the students around the Marxist Student Federation, as well as getting existing members to “step up” and commit themselves fully to the group. It was not really designed for the seasoned cadre and made no attempt to engage with the wider left, who were frequently disparaged as mere discussion circles. Most of the sessions were ‘introductions’ to the relevant topics and seemed to assume quite a low level of prior knowledge. Moreover, the sessions were clearly highly choreographed, and scripted in a rather obvious and crude way.

Thus, in the session on the revolutionary party seven IMT comrades, one after another, were called in to the ‘discussion’ simply to amplify the main points addressed by the speaker. How do we know this? Because the chair called them by their first names and they read from prepared scripts, which was a feature common to the other sessions as well! In the sessions where we were successful in getting into the discussion, our contributions were curtailed by the chair and our very polite, democratic heckles were regarded as disruptive interruptions to the smooth running of the event!

Despite these limitations, it was worthwhile. But where were the rest of the left? Shouldn’t we be talking to each other about the way forward? In the corridors and outside during the breaks we engaged with many of those who attended, distributed copies of the Weekly Worker and had many interesting conversations with some genuinely friendly comrades. If we are going to build a genuine Marxist party, refusing to talk to, debate and work with those who already identify themselves as Marxist is not going to be the way to go about it.

On this showing, in its calls to build a revolutionary party, Socialist Appeal has moved to the left and away from its previous unremitting Labour loyalism. However, if this new focus on working outside the Labour Party has meant some changes in orientation and demands, the underlying political assumptions about the nature of crisis as a trigger for the growth of revolutionary consciousness have remained the same as the Militant forebears of the IMT over half a century ago.

What has changed? Simply, a new round of recruits has entered what is too often a revolving door!