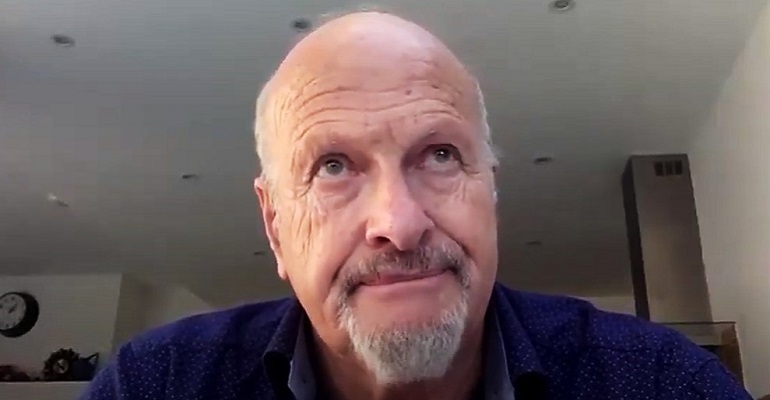 News that veteran Labour left activist Graham Bash has been expelled by Labour for supporting Labour Against the Witchhunt had been long expected and was met with a predictable and entirely justified wave of protest from the left.[1] The fact that a Labour member of over 50 years standing, editor of Labour Briefing and a leading figure in organisations such as the Labour Representation Committee and Jewish Voice for Labour could be expelled for the ‘offence’ of signing a LAW petition before it was proscribed is Kafkaesque – but sadly not at all unusual nowadays.

That this form of retrospective charge, which runs counter to any democratic principles or sense of natural justice, can be so widely used by the Labour bureaucracy shows just how firm a grip they now have. While the usual suspects on the left vigorously protested about the expulsion of comrade Bash, the other usual suspects who claim to be on the left – the Socialist Campaign Group of MPs, for example – kept to their now customary vow of silence. However, one valiant member of the SCG, John McDonnell, a long-time comrade did manage to tweet about his treatment:

I’ve known and campaigned alongside Graham Bash for over 40 years. He is one of the finest socialists I have met. I do not believe it can be just to expel someone from the Labour Party based upon actions or associations with an organisation before it has been proscribed.[2]

Given their political association within the London left in the late 1970s, and more recently through the LRC and Labour Briefing, for which McDonnell once wrote a regular column, these comforting words are the least that he could do for an old comrade – but they are not nearly enough. It might seem churlish to criticise this gesture of support: after all, given the vehemence of these attacks on the left should we not be grateful for even this rather lukewarm expression of solidarity?

No, we should not! This type of hand-wringing ‘support’ is simply not good enough, given the scale of the witch-hunt we now face. Leaving John McDonnell’s personal feelings aside, his tweet is not only woefully inadequate in defending comrade Bash, but is worse than useless in fighting back politically against the attacks of the Labour leadership. The type of statement McDonnell should have made would not simply have defended Graham Bash’s character and political reputation, nor would it merely raise a query about the ‘justice’ of the charges and procedure of his expulsion. What we need is more than a muted ‘condemnation’: the situation demands a political defence of party democracy and free speech and a real explanation of why Keir Starmer and the right are using trumped-up accusations of ‘anti-Semitism’ against the left.

However, as the last five years have shown, what the situation requires and what we get from the leaders of the official left are two very different things. Thus, John McDonnell’s rather tardy apologia on behalf of comrade Bash runs very much true to form in its oh so faint criticism of his expulsion. It also sheds light on the political duplicity and slavish compromises with the Labour right that characterise the politics of the official Labour left. So, McDonnell is concerned about the shabby treatment of his erstwhile comrade and rails, albeit sotto voce, against the terrible injustice that has been done to him. Comrade Bash is one of the finest socialists John McDonnell has ever met, so he tells us, and we agree that the expelled comrade is a genuine socialist who has been grotesquely smeared. But Graham Bash is not alone in facing persecution by the right: many other Jewish socialists are currently being attacked in this way. The question is: aren’t these and other leftwing comrades equally worthy of McDonnell’s support? Why the silence about the thousands of others who have been expelled? Are they not also ‘fine socialists’ who have been treated unjustly? Why no outcry about the reintroduction of bans and proscriptions?

The answer is that McDonnell is rather selective in whom he offers support to and who he is prepared to sacrifice when the right demands it. In conceding to the right that the left does have some form of anti-Semitism problem, as he did recently in Solidarity, the paper of the pro-witch-hunt Alliance for Workers’ Liberty, he is simply preparing the ground for yet more attacks and expulsions.[3] He ceded similar ground to the Labour right during the Corbyn leadership that only acted to undermine the left and embolden the witch-hunters.[4]

In this period he perfected an ability to speak out of both sides of his mouth at the same time. So, when activists were pushing to deselect rightwing anti-Corbyn MPs, McDonnell equivocated, offering a degree of public support for party democracy and the accountability of MPs to their Constituency Labour Parties, whilst at the same time privately urging restraint and attempting to broker compromise at every turn. John McDonnell and Jeremy Corbyn both acted behind the scenes to hold back the left in the CLPs. McDonnell in particular traded upon his left reputation in the CLPs: he was very active in personally persuading them that it was clever strategy not to move against rightwing MPs in a vain hope that such concessions would buy peace and secure the cooperation of the Parliamentary Labour Party. We all know how well that worked and where it ended up, don’t we?

Pointing out the contradictions and the failures of this strategy, and the disastrous role of the official left since 2015, is not simply point-scoring or a personal attack on McDonnell. Rather the failure of the Labour left – both during the Corbyn leadership and since – has not even been really discussed, much less understood, by the left. We know how those on the official left like McDonnell failed and continue to fail, both in taking the fight to the right and in really defending leftwingers like Graham Bash. For all his fine words, John McDonnell is quite willing to throw even his closest comrades under the bus.

This is not simply a flaw in his character or a personal betrayal. The fault lies not in the stars, but in the politics and the strategy of the official left and its inherent Labourism. Put simply, the sole strategy of this ‘left’ is to pursue ‘socialism’ (in reality a managed and reformed capitalism) through the election of a series of Labour governments and utilising the existing state to bring about the ‘transformation’ of society. Such a ‘strategy’ places a premium on the continued existence of Labour as an electoral force and a potential government and is in turn quite fundamentally predicated – in fact and ‘theory’ – on the essential unity of the left with the Labour right.

Maintaining that unity as a matter of course necessitates that the Labour left must make concessions and thus make itself completely subservient to the pro-capitalist right. The whole history of the left has been one of subordination to capitalism, the existing constitutional order and the Labour lieutenants of capital on the Labour right. Corbynism was no exception to that rule, as its failure and continued disintegration shows. However, until we understand these inherent historical and political flaws, and why it produces a completely useless strategy, the Labour left will continue to remain enchained by both its own politics and its trust in duplicitous ‘left’ MPs like John McDonnell.

Sadly those who fail to learn from their mistakes will be doomed to repeat them .