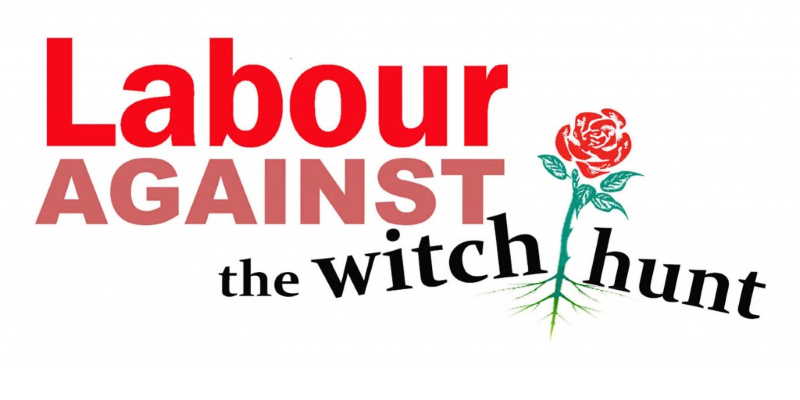 Plans to close Labour Against the Witchhunt and form yet another amorphous broad-left outfit are not only, by definition, unprincipled: they are bound to fail, writes Paul Demarty

As I write, things are looking up for Keir Starmer.

The government has succeeded in putting itself on the back foot, by the traditional means of open political corruption, which has given Labour a lead in some polls – how sustainable remains to be seen. It is certainly taken, in the Labour leader’s office, as a green light to rerun Tony Blair’s mid-1990s act. Blair seized upon a series of scandals in John Major’s government while discreetly building ties with various big capitalists, notably Rupert Murdoch. So we also find Starmer making toe-curling overtures to the Confederation of British Industry, whom he assured (in the light of Boris Johnson’s famous “fuck business” moment) that “the only F words I will be using are foreign investment, fair trade, fiscal policy and fiduciary duty”.

The flipside to such brown-nosing is, naturally, further assaults on the left. We will merely mention the recent case of Graham Bash, editor of Labour Briefing and Labour member since time immemorial, whose signature on a Labour Against the Witchhunt petition several years ago was considered grounds for expulsion, despite the fact that LAW has only very recently been proscribed by the Starmer regime. Natural justice matters as little to Starmer and friends as does seeming to be remotely human.

In this rather chillier environment, it is not terrifically surprising that – among the Labour left organisations that put up any fight at all against the slanderous accusations of anti-Semitism in the last few years – the question of future strategy looms large. The most concrete proposal to have emerged is an effective merger of LAW, the Labour In Exile Network (LIEN) (which organises those expelled on such charges) and the Labour Left Alliance. On first examination, the merger idea is not entirely stupid – after all, there is some overlap in the groups’ memberships and activities; and unity is, all things being equal, preferable to division.

The basis on which unity is proposed, however, has gone from being a rather pointless attempt to rearrange the deckchairs, as we originally feared. Instead, we have a call to abandon ship. This constitutes the effective basis of the motion, presented under the names of Tony Greenstein and Esther Giles, which will be debated at LAW’s all members’ meeting this Saturday. It begins with a quotation from Ken Loach – also recently offloaded from Labour for the crime of unconditional solidarity with the Palestinians:

Democracy is dead in the Labour Party … This is a political vacuum, this is the biggest challenge to the left in my lifetime. We do need a new political movement, across the whole left, inside the Labour Party and outside. It’s got to be ready to become a party when the time is right … Otherwise we fragment. People are leaving and we will fragment. At this critical moment when you have this mass of people just driven out of the party, where are they going to go? If we miss this opportunity it is a very black outlook.

The focus of the organisation should be both fighting the witch-hunt in the Labour Party and the politics of Starmer and bringing together socialists both inside and outside the Labour Party to build a socialist movement. We should also seek to work with grassroots mass movements such as over climate change [Extinction Rebellion] and racism [Black Lives Matter].

There are a number of problems with this proposal.

The most serious is that, despite the claim to have a “focus” on fighting the witch-hunt, that is precisely what will be ended – fighting the witch-hunt in the Labour Party. To produce a combined organisation for general political activity out of LAW and LIEN is to accept that there is no longer a need for a campaign focused on that priority. Remember that LAW is already committed to fighting to transform the Labour Party into a united front of a special kind – of all trade unions, working class partisans, socialist groups and parties. For unity to be worthwhile, for unity to be a net good, it would have to be on a serious basis that would supersede the otherwise separate existence of its components. That seriousness is partly a matter of immediate practicality and partly of principle.

To take the practicalities first: it is worth pointing out that, so far, the history of the Labour Party left has had a certain cycle to it (I hedge my bets, because political cycles can change dramatically – as happened, for instance, with the liquidation of the Italian Communist Party and the Tangentopoli scandals in the early 1990s, and may be happening now in post-Brexit Britain, but I do not propose to discuss this question here). It is striking to read Ken Loach’s words, only because he might have used exactly the same ones after the total bureaucratisation of the Blair years, or Kinnock’s purges of the entryists and marginalisation of the Bennites, and so forth.

Comrade Loach has been around a long time, and having turned his back on Gerry Healy’s Workers Revolutionary Party, he embraced the politics of broad leftism and, as such, he has participated in at least two of these cycles; but it seems he finds it easier to expand his film-making aesthetic than his political thinking. Supposing that we are still in this cycle, then such regroupments on the basis of vague broad leftism – as per comrade Loach’s last great such initiative, Left Unity – will flounder and fail, because the Labour Party is a real party, and the grab-bags of sects and eccentrics that we saw in LU (and more recently at Chris Williamson’s Resist event) do not add up to such a thing.

In the absence of social weight, the only possible distinguishing feature of such a regroupment would have to be at the level of political programme. 150,000 people have left Labour, apparently, since Starmer’s triumph in the leadership election – but the idea that there is some real shared political basis uniting these individuals is fanciful. Green Party successes in recent local elections presumably reflect an influx in that direction; some have been absorbed into the existing sects; some will simply be demoralised. I do not pretend to know the proportions here, but my guess is the latter group is the largest.

So what political programme would unite them in the short term? The answer surely has to be: none. The various versions of ‘Continuity Corbynism’ touted around for this purpose are among the least plausible. They went and put their cross on a ballot paper in December 2019 for such a programme: the very sign under which their dreams were shattered.

Having mentioned Graham Bash at the outset, we are reminded again how often we would hear at meetings of his Labour Representation Committee (cited by the proposers as a potential partner) in the pre-Corbyn days that (say) Ed Miliband was committing electoral suicide by not adopting the ‘socialist’ policies of nationalising the railways, etc, etc, which had huge support in issue-by-issue polling. Owen Jones, then still a leftwinger, would tell us that the left had to concentrate on ‘working class’ issues like these and not ‘middle class’ ones like internationalism and so on.

Nothing has been so thoroughly tested to destruction as this perspective since the Tacoma Narrows suspension bridge. To revive it less than two years after its obliteration in the face of political reality is enough to make one suspect that we have all died and been sent to the hell of endlessly repeated humiliation. The motion would not commit us to such a limbo state, but would commit us to unspecified further unifications with people who have ineradicable commitments to such politics; and on a political basis little clearer than ‘Starmer equals bad’.

Why did Corbynism fail? In the concrete, the ruling class successfully cornered Corbyn into a ‘remain’ position, which drained Labour’s support in parts of its heartland. This particular contingency reflects a fundamental flaw with the strategy: to wit, it assumes that adopting some popular policies will of itself force the political debate onto that favourable terrain. But the political debate is in the hands of the media, which is to say the class enemy; and so it actually took place on the bundle of anxieties represented by Brexit. When LRCites recounted the levels of popular support for more council houses, nationalisations of this or that industry, and so on, one very clear preference was always mysteriously forgotten: stricter border controls.

Even on that issue, however, the working class is sharply divided, as illustrated by George Galloway’s Workers Party of Britain, which, with its fruity political combination of Blue Labour and Yezhovism, is founded on the basis that an extremely pro-Brexit position of nationalist-socialist autarky is the solution to the problem; nice try, comrades, but, had Corbyn taken a ‘leave’ position, he would have handed London over to the Greens and Liberal Democrats on a silver platter.

Labour Party Marxists argues for a fully worked-out Marxist programme with the open aim of communism and, prior to that, international socialist revolution; LPM does not suppose that this is an answer to the question of reuniting 150,000 atomised, demoralised Corbynites in time for the next electoral challenge, but a hundred votes for such a programme is worth 1,000 for For the many, not the few. It is a very different way of posing the question: around what we need, in the light of which we can take stock of what we have.

So what do we have? A Labour Party which still commands a large membership, which still unites the bulk of the union movement for political purposes, which has a substantial parliamentary fraction (though composed almost entirely of careerists and traitors) and is one of the two parties realistically contending for government in our woefully undemocratic electoral system. Within that, we have a subset of the Labour left – some who have been expelled, some still flying under the radar – who so far have been prepared to fight the witch-hunt. It is those organisations that we propose to merge on an as-yet undecided (but likely minimal) political basis.

The drafters of this proposal do not say it, but what they are calling for amounts to the liquidation of LAW and giving up on Labour as a site of struggle – particularly stupid with the witch-hunt finding ever new victims and the signs that Jeremy Corbyn, John McDonnell and others of a similar ilk, might, at last, be willing to put up some kind of fight (note the excellent December 5 ‘Expulsion Rebellion’ initiative of Defend the Left). Organising ‘inside and outside Labour’ is simply smoke and mirrors, which blows away and shatters as soon as it is tested by the elementary questions of trade union affiliation and electoral choice. Do we, as comrade Greenstein has, call for trade unions to disaffiliate? Do we, as comrade Greenstein has, call for a vote for George Galloway? And to what point? Backing candidates of the nationalist Scottish Socialist Party, affiliating to Tusc, supporting the ‘left’ version of Brexit and immigration controls?

The likely result is a further political degeneration into the British left’s worst habits: the substitution of piecemeal activism ‘in the movements’ for high politics (the only vaguely concrete political basis offered is the unqualified affirmation of XR and BLM). Decades under the influence of this particular drug have left us entirely unable to cope with the attacks of our enemies, because we have lost our instinct for the importance of mass political organisation and institutional strength.

We had just the barest reminder of what that might look like in the Corbyn years. The capitulations of the Corbyn movement’s leadership are therefore all the less forgivable – and so would be the effective abandonment of the field of struggle by those few who ever saw the need to fight.