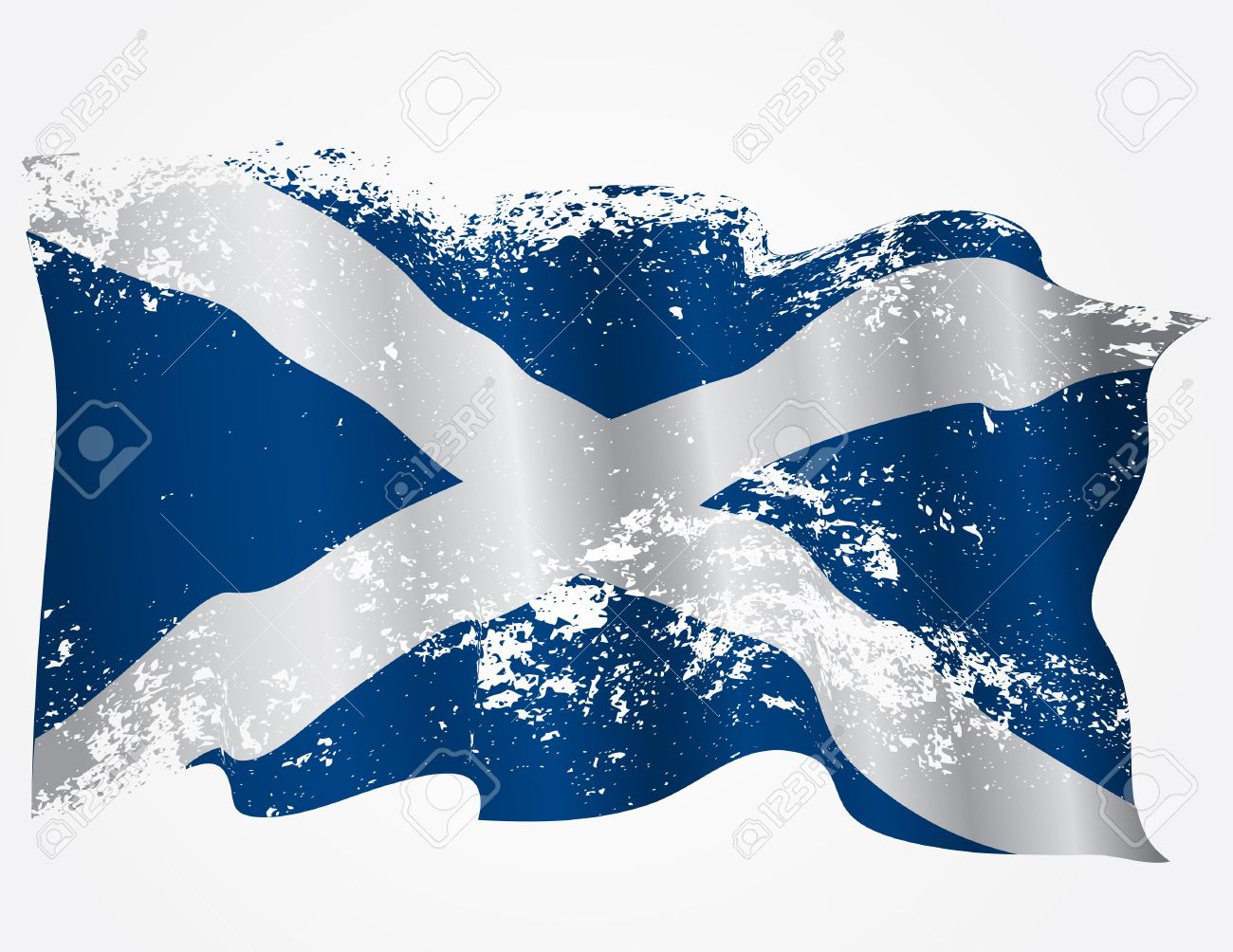 Despite the ‘no’ vote in the Scottish referendum the national question has not gone away. Roger Freeman argues for self-determination and a federal republic

Unlike the narrow economism that passes for common sense on too much of the left, the LPM does its best to take a Marxist approach to the UK state. As a minimum demand – ie, within the technical limits imposed by the capitalist system – we emphasise, bring to the fore, class (as opposed to sectional) demands that challenge the logic of the market, such as the provision of health, education and benefits based on need. We give no less emphasis to political demands which challenge how we are ruled. Hence we demand the abolition of the monarchy, the secret state and the House of Lords; we demand a people’s militia, disestablishment of the church of England, election of judges, etc.

What about the national question? Once again we take an approach which seeks to forge class unity and challenge how we are ruled. Hence the demand for the abolition of the acts of union, self-determination for Scotland and Wales, and a federal republic of England, Scotland and Wales (the initial form we envisage working class rule taking in Britain).

Doubtless, John Major, Tony Blair, Peter Hain, Gerry Adams and Alex Salmond have unwittingly done us a great service here. They have shown that the UK constitution is neither timeless nor natural. It is plastic, a product of historical making and contemporary remaking. What has been rearranged from above can be transformed from below.

While there must be an objective dimension when it comes to assessing what is and what is not a nation – eg, a common territory – that hardly means discounting what people think. The coming into being of a British nation in the 18th century cannot be put before the palpable feelings of masses of people in Scotland and Wales today. Millions sincerely believe they are nationally disadvantaged, held back or even oppressed. A subjective factor that only a hopeless dogmatist would discount and therefore fail to harness by offering positive solutions.
Unity

Those who rigidly adhere to third-worldist anti-imperialism cannot possibly bring themselves to countenance self-determination for ‘unworthy’ peoples – the most obvious example being Israeli Jews and the British-Irish in the six counties of Northern Ireland. Given its junior role in founding, administering and exploiting what was a vast British empire, that should logically include Scotland too. After all, historically even “left-of centre”1 Scottish nationalists sought not to end that empire, but demanded, as a “mother nation”, equal rights with England to rob and plunder it.2

Interestingly, though the motivations are transparently different, a similar argument can be heard coming from cosmopolitan liberals. According to the ethical philosopher, Allen Buchanan, self-determination for non-oppressed nations risks endless fragmentation. Unless there has been “a long train of abuses”,3 there ought to be no justification in international law for the “right of self-determination”.4 Only if “serious injustices” have occurred can a case be made for secession as a “remedial right”. Without that safeguard, without that restraint, every region, every community, every street could claim their right to self-determination and thus bring about the complete breakdown of society. Territorial integrity must therefore be upheld.

Marxists are not interested in preserving the unity of capitalist states, but in winning allies and neutralising enemies. After all, the Bolsheviks were prepared to grant self-determination even to the Cossacks. Not, of course, because the Cossacks were deserving, kind and suitably oppressed. No, on the contrary, they were the tsar’s chosen oppressors. A privileged military estate or caste. But that is exactly the point. The Bolsheviks needed to split, if possible win over, the Cossacks. Hence they started to treat them as “an ethnic or national group”.5 Without such a shift the camp of revolution could only but be weakened and the counterrevolution strengthened. In March 1920 Lenin can be found delivering a thoughtful speech on the international situation to the first all-Russia conference of working Cossacks.6

So the demand for self-determination is not some unwarranted sop to petty bourgeois reactionaries, or an unrealisable panacea, a cure-all for capitalism’s national antagonisms. Rather self-determination is one of many weapons in the armoury of Marxists. If properly applied, it advances the interests of the working class.

One can legitimately debate whether or not the Basque country, Kosovo, Quebec, Kurdistan or Scotland tick all the boxes of a classic bourgeois nation. The main point in each and every such case is what people inhabiting each specific territory think. We neither invent nor ignore national movements. We positively deal with problems where they exist, overcome national resentments, conflict and antagonisms by ending involuntarily unity and move towards voluntary unity through the struggle for socialism. That is how the positive dialectic runs, and through winning a wider and wider democracy the majority needed to secure the proletarian revolution is engaged, organised and made ready for decisive action.

Having left no room for doubt that the right to self-determination is fundamentally a political, not a moral question, let us proceed. To state the obvious, when Marxists advocate Scottish self-determination it is not the same as advocating independence.

An oft used metaphor is divorce. Saying a woman should have the legal right to split from her husband is not the same as recommending that contented wives should end their marriages. Of course, as shown by the September 18 referendum, Scotland is far from contented. If Scotland is really ‘better together’ with England why did 45% vote to finish the 300-year union? What was a marriage of convenience has clearly soured.
Scotland, as a matter of principle, ought to have the right to freely decide its own future. That is elementary democracy. However, it does not follow that Marxists are indifferent to how that right is exercised. The unacceptable status quo must be ended. Nowadays it fuels division and disempowers the working class. That is why the various left-loyalist ‘no’ campaigns were so badly mistaken. The marriage has to be renegotiated and renewed on a democratic, socialist basis.

Marxism favours the closest possible voluntary unity of people in general and workers in particular. That means accepting the right of people in Scotland to vote for whatever constitutional arrangement they happen to choose. But at every stage Marxists should resolutely fight for their programme.

1 . http://en.wikipedia.org/wiki/National_Party_of_Scotland.
2 . The policy committee of the National Party of Scotland – one of the forerunners of the SNP – passed the following resolution on November 17 1928: “The party, having regard to the large contribution made by Scotland in building up the British empire, is desirous of increasing the affairs of the empire to the extent her contribution warrants and, as a mother nation, thereby demands complete recognition of her rights as such in the empire … the party cannot, in these circumstances agree to acquiesce in any situation that does not permit of a mother nation excursing her right to independent status and her right in partnership in that empire on terms equal to that enjoyed by England.” In other words, Scottish nationalists wanted a partnership based on the model of Austria-Hungry after 1867 (resolution quoted in C Kidd Unions and unionism: political thought in Scotland 1500-2000 Cambridge 2008, p287).
3 . American declaration of independence 1776.
4 . AE Buchanan Justice, legitimacy, and self-determination Oxford 2003, p331.
5 . P Holquist Making war, forging revolution Harvard Mass 2002, p121.
6 . See VI Lenin CW Vol 30, Moscow 1977, pp380-400.

For a federal republic
Motion proposed by Labour Party Marxists

As declining post-boom British imperialism attacked post-war concessions, in the absence of a viable socialist movement resistance in Scotland and Wales often took a nationalist form, deploying a mythologised past.

We socialists stand for:
● working class internationalism, not cross-class national unity; unity with the world’s working class, not with our ruling class;
● opposition to all forms nationalism, exclusiveness or superiority; in particular, British/English national chauvinism and Scottish or Welsh nationalist narrow-mindedness: these obscure the fundamental antagonism between labour and capital;
● replacing the hierarchy of capitalist states by world socialism – working class rule – in transition to classless, stateless, communist society: socialism cannot survive in one country or continent;
● the voluntary merging of nations; the right of all peoples to fully develop their own culture; a democratic solution to the national question, wherever it arises, through upholding the right to self-determination, including the right to merge, stay together or separate.
As the immediate democratic solution to the national question in the UK, we socialists stand for:
● unconditional support for the right of the people of Ireland to reunite: the struggles for socialism in Britain and national liberation in Ireland are closely linked;
● replacing the existing UK constitutional monarchy, along with its House of Lords, established church and secret state, with a radical federal republic of England, Scotland and Wales, with the right of Scotland and Wales to secede.