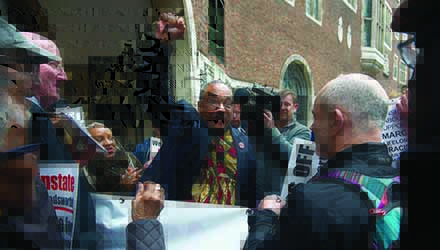 Marc Wadsworth’s expulsion should be viewed in the context of the international situation, says Carla Roberts

Last week’s expulsion of Marc Wadsworth from the Labour Party is, as has been pointed out by motions and statements from numerous organisations, outrageous, contrary to natural justice, clearly politically motivated, counter to the recommendations of the Chakrabarti report and, as the Israeli journalist Jonathan Cook puts it, a sign that “we are living through a truly shameful period in Labour’s history”.

Clearly, it is not the veteran anti-racist campaigner who has brought the party into disrepute, but rather the rightwing of the Parliamentary Labour Party. In cahoots with much of the bourgeois media and the Tories who dominate the top positions in the Jewish Leadership Council and the Board of Deputies, they have hit a new low with comrade Wadsworth’s expulsion.

It is rather a perverse irony that Smeeth did her best to misuse some of the recommendations of the MacPherson report established after the murder of black teenager Stephen Lawrence. The fact that the report even exists was in no small measure down to the Anti-Racist Alliance led by Marc Wadsworth (a recent BBC documentary showed him introducing Stephen’s parents to Nelson Mandela).

MacPherson recommended that when a victim or someone else perceivesan attack or hate incident as racially motivated, then the police must record it as such. Pro-Zionist organisations in and outside the Labour Party have been working hard to change this into something quite different. Last year, the Jewish Labour Movement, for example, tried to force through a rule change at Labour Party conference which wanted a “hate incident” to be “defined as something where the victim or anyone else think it was motivated by hostility or prejudice based on disability, race, religion, transgender identity or sexual orientation” (our emphasis).

Fortunately, the compromise formulation eventually adopted by the NEC (and subsequently by conference) enshrines the need for some kind of – you know – evidence: “… any incident which in their view might reasonably be seen to demonstrate hostility or prejudice based on disability, race, religion, transgender identity or sexual orientation”. The JLM also failed in its attempt to explicitly enshrine the disciplining of members for comments or actions made in “private”.1)http://labourpartymarxists.org.uk/humpty-dumpty-and-anti-semitism/

Comrade Wadsworth, incidentally, has been charged under the old rules, which did not deal specifically with racism or anti-Semitism and did not contain the above formulation. The rightwingers would perhaps have found it more difficult to expel him under the new rules, as anybody would be hard pressed to prove that Marc’s words “demonstrate[d] hostility or prejudice based on disability, race, religion, transgender identity or sexual orientation”. Grounds for an appeal here, it seems to us.

In any case, even before the April 26 judgment, comrade Wadsworth had, of course, already been ‘found guilty’ as an anti-Semite in his drawn out trial-by-media, which lasted a staggering 22 months. It was no great surprise then when, finally, he was expelled under the wonderful catch-all phrase of “bringing the party into disrepute”. Tony Greenstein was expelled under the same rule 2.1.8 – which will probably also be applied to try and boot out Jackie Walker, Ken Livingstone and other ‘troublemakers’ over the next few weeks.

The comrades also had almost identical ‘judges’ in their kangaroo court before Labour’s national constitutional committee (NCC), which deals with any disciplinary cases that the national executive committee feels merit further investigation – and, in many cases, such a referral leads to expulsion.

We understand that the 11 members of the NCC are asked to volunteer for particular cases. As the NCC still has a rightwing majority (only two new members are elected per year), in effect the three-person panel at expulsion hearings is usually made up of two Blairites and one leftwinger. Maggie Cosin from the rightwing GMB has chaired all these recent hearings and is usually aided by Douglas Fairbairn from the equally rightwing Community union.

It is debatable how ‘leftwing’ NCC members like Momentum’s vice-chair, Emina Ibrahim, are: she sat on the panels that expelled comrade Greenstein and comrade Cyril Chilson (a former officer in the Israeli army). If she had any objections, she certainly did not raise them. What about the Kate Osborne who sat on comrade Wadsworth’s panel? She had been proposed for the NCC by her union, Unite and comrade Wadsworth reports: “She asked tough questions of the accusers and helpful ones of me.”

But what is stopping her from telling us how she voted? Considering the timely intervention of Unite general secretary Len McCluskey last week about the anti-Semitism “smear” campaign in the New Statesman, some kind of public statement from her would have been very useful in the left’s campaign to stop the witch-hunt in the party.

But there is only silence. The same goes for Jeremy Corbyn, unfortunately. Corbyn is not just silent – he really has become complicit. Why on earth he continues to try and appease his backbenchers, the pro-Zionist lobby and their friends in the bourgeois media is beyond us. It clearly is not working. He and his advisors must surely have realised by now that the witch-hunter’s appetite grows with the eating. They will continue with their campaign until he is gone – or has changed politically beyond all recognition.

This whole campaign is, of course, only about Corbyn insofar as he cannot be trusted to run Britain in line with US foreign policy, not least in the Middle East. Despite his shameful complicity in the witch-hunting of his own supporters, for the establishment he remains a loose cannon. And, crucially, at least historically, he has been firmly on the side of the Palestinians. No amount of bending over backwards to the pro-Zionist lobby will make them forget that. Corbyn remains unreliable, despite everything.

It is no coincidence that the heightened campaign of the Zionist lobby occurs at a time when the war drums in the Middle East are beating ever louder. As Moshé Machover put it so eloquently in a letter in last week’s Weekly Worker, the

anti-Semitism hysteria … has much to do with the hyenas positioning themselves for the next major Middle East war … The likely pretext for western military action this time will not be simply ‘humanitarian intervention’, but coming to the aid of Israel in order to ‘prevent another holocaust’. Those who demur will be branded as ‘anti-Semites’.

Since last week the campaign for another major war has been stepped up even more. First we saw Danny Danon, the Israeli ambassador to the United Nations, claiming that there are “80,000 extremists from all over the Middle East who are members of Shia militias in Syria under Iranian control”, hiding away in a base “just over five miles from Damascus”, where they are preparing to launch their “ground invasion” of the Zionist state, designed to “break up Israel”.2)for example, www.express.co.uk/news/world/952532/WW3-warning-World-War-3-Israel-Iran-Syria-nuclear

The pictures that the Israeli government produced as ‘evidence’ are as ridiculous as the idea that – even if there were 80,000 ground troops waiting to pounce – the Iranians have any chanceof simply walking into Israel. As opposed to Iran, Israel actually does possess nuclear weapons and, thanks to a hefty annual cheque from the US government, their armed forces are highly trained and equipped with the latest tech. Iranian soldiers, on the other hand, have access to 1980s-style weaponry – if they are lucky.

A few days later, the world was treated to another one of Binyamin Netanyahu’s embarrassing low-tech slideshow presentations, in which he tried to prove “with half a ton of evidence” how the government of Iran lied in order to secure the 2015 nuclear deal in return for the lifting of some sanctions. This little charade was mainly for the benefit of Donald Trump, of course, who is firmly opposed to the deal, which has to be renewed by May 12.

If it does not get renewed, we are indeed one step closer to a military confrontation in the Middle East. But, contrary to what Netanyahu is trying to tell us, it is not Iran that is threatening to unleash “World War III”. It is in fact the governments of Israel, the US and Turkey who are preparing the ground to go to war against Syria. The ‘civil war’ there is drawing to an end and the side of Assad/Iran/Russia/Hezbollah seems to be emerging as the ‘winner’ (if such a phrase can be used, when one looks at the carnage in that devastated country).

To stop such an outcome, a new war may well be ‘necessary’, from the point of view of the US, Israeli and Saudi governments. It is much more likely that Israeli troops are preparing for a significant incursion into Syria. The aim: to keep Syria permanently divided and, while they are at it, deal with Hezbollah in the Lebanon.

No wonder that Zionists are so keen to try and outlaw comparisons between Nazis and the Israeli government. They are too close to the truth.

The anti-Semitism campaign in the Labour Party only makes sense if seen in this international context. When it turned out that Jeremy Corbyn could not simply be humiliated into giving up his post as party leader, the next stage of the campaign was launched: Operation Tame Corbyn. And this is going rather better than the chicken coup, unfortunately.

Britain is expected to take part in this latest campaign for war in the Middle East. If not by dropping bombs, then at least by providing political cover for this necessary war to “prevent another holocaust”. A Labour leader and potential prime minister who has been an outspoken supporter of the Palestinians is, in this context, untenable. Labour cannot be allowed to become an anti-war party.

Al Jazeera’s powerful documentary The lobby has proved beyond doubt that the Jewish Labour Movement – which is, outrageously, still an affiliate to the Labour Party – is not just “working hand in hand” with the Israeli Labor Party (which is bad enough), but also with the Israeli embassy and therefore the government of Israel. The JLM clearly should not be allowed to remain an affiliate of the Labour Party, and the MPs who remain members of this despicable organisation should be immediately deselected by the local party membership.

The ‘anti-Zionism equals anti-Semitism’ campaign has already succeeded in imposing the idea of what a properJew is – one who does not criticise Israel, but supports the pro-Zionist, pro-Tory Jewish Leadership Council and the Board of Deputies. The proud tradition of socialist Jews opposing Zionism has been brushed aside and vilified. Jews are being presented as hegemonic supporters of Zionism. Momentum owner Jon Lansman has already stated that the word ‘Zionism’ should be abandoned, because “to the Jew in the street it might only mean the Jewish state of Israel, safe and secure – nothing more than that – not a separate ideology”.

How wrong can you be? From the start, modern Zionism as an ideology fought for the foundation of an exclusive colonial-settler state, which had to be based on the violent displacement of the native Arab population – that or their savage oppression. It is not the word ‘Zionism’ that is the problem – it is the reality of an ongoing colonial-settler project. By attempting to remove the right to criticise Zionism by name, Lansman is actually attempting to undermine the fight against systematic national oppression.

Clearly we cannot rely on Jeremy Corbyn and Jon Lansman to stand up to the pro-Israeli lobby. Socialists and supporters of the cause of the Palestinians in the Labour Party must now step up their campaign and increase the pressure on the Labour leadership to turn the organisation into a democratic, anti-war party. 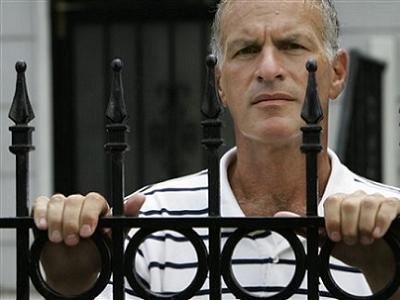 Jackie Walker, Norman Finkelstein and the new definition of anti-Semitism

December 18, 2016 Comments Off on Jackie Walker, Norman Finkelstein and the new definition of anti-Semitism 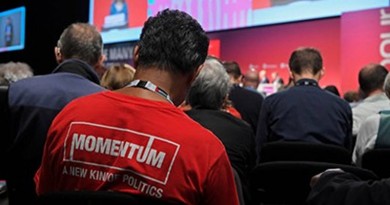 Affiliation and a line change

June 21, 2020 Comments Off on Affiliation and a line change