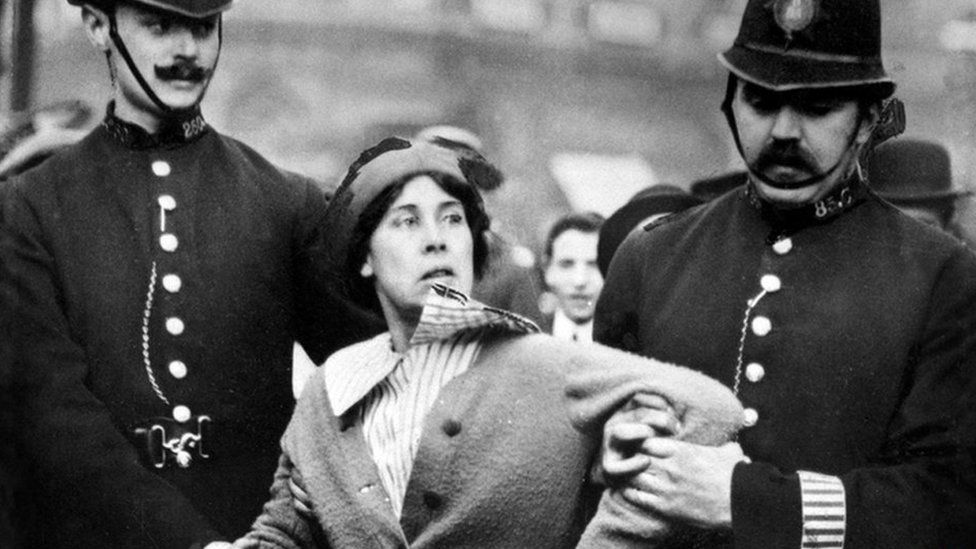 Poor MPs and councillors: not only do they have to endure having their speeches being dissected, voting records analysed and actions questioned by the media. Thanks to Facebook and Twitter, they now also get plenty of ‘commentary’ from normal folk. And no doubt, much of it is not very nice.

In case you have not guessed,  I am referring to this week’s announcement by Theresa May that she would engage in consultations on the possible introduction of a specific offence of “intimidating a political candidate”. Rather incredibly,  she squeezed this move into her much-published speech on the 100th anniversary of the Representation of People Act, which gave all men over 21 and some women (those over 30 and “with property qualifications”) the right to vote and be elected to parliament. (It took until 1928 for women to be granted the same voting rights as men.)

Like most newspapers, May falsely claimed that the introduction of the legislation in 1918 was the result almost entirely of the campaign by the militant suffragettes, ignoring not only the labour movement and the far larger and peaceful “suffragists”, but also the small matter of the Russian Revolution of 1917. The Women’s Social and Political Union in fact suspended its campaign at the beginning of World War I, rallying patriotically behind the British troops (as did the Labour Party, of course). The WSPU formally dissolved in 1917. It was to a large degree the fear of the ‘red threat’ spreading to western Europe that forced bourgeois leaders across the continent to grant a range of social and political reforms.

May also applauded the “heroism” of the suffragettes, while Scottish Tory leader Ruth Davidson enthusiastically joined calls by various newspapers (and Jeremy Corbyn) to pardon them all. Home secretary Amber Rudd has since put a damper on this campaign, referring to the militant history of the women as “more complicated”.

Just a bit. Even the most cursory glance at the actions employed by the women – in line with their motto, “Deeds, not words” – would lead anyone to suspect that the suffragettes would today be vilified as “terrorists” (just like Nelson Mandela was by Margaret Thatcher in the 1980s). We wonder how many politicians at the time might have felt “intimidated” by having their windows smashed in or the letterboxes outside parliament firebombed? Suffragettes did not just throw themselves under horses: they also planted bombs outside the bank of England and St Paul’s Cathedral.

Still, Theresa May has been enthusiastically supported by some members of the Parliamentary Labour Party, including, unsurprisingly,  John Mann and Stella Creasy. Miraculously, their contributions to this week’s – closed – meeting of the PLP made their way into the bourgeois press. Creasy in particular was as outspoken as ever on the “abuse” she claims to have received – mainly from pro-Corbyn members of her own party, naturally. She will happily jump on Theresa May’s bandwagon if it means she  can get one over on Jeremy Corbyn. Apparently, “Creasy made an impassioned plea for action, as she detailed how she and her family had been targeted for over 20 months and demanded to know why the party had allowed suspended members to continue with misconduct” (my emphasis), writes the Huffington Post.

As the term “misconduct” remains unqualified and undefined (just as “intimidation” is in Theresa May’s plans), it is safe to assume that she is referring to suspended members like Tony Greenstein, David Watson and Jackie Walker simply contacting and/ or criticising her. If anything more had happened, we would surely have been told by now.

Jackie Walker in particular has indeed been trying to contact Stella Creasy for the whole of last week, in order to get her to comment on the now infamous recent tweet by her boyfriend, Dan Fox, a former director of Labour Friends of Israel, which reads: “Jackie Walker – so thick,  if you tried to drink her through a straw, your ears would bleed.” The story even made it into the Daily Mail, who will happily print Creasy’s anti-Corbyn tirades, but will also have no qualms turning on her when it suits the Mail’s much broader agenda. Needless to say, Theresa May’s dream legislation would not be for the likes of Jackie Walker, who is of course one of the bad guys in this story.

Kober is another politician who mixes up “intimidation” and “abuse” with ‘criticism of me’ – in order to damage Jeremy Corbyn and the left in the party. She feebly tried to explain as much in an interview with the deliciously sceptical Guardian journalist, Decca Aitkenhead:

Why did Kober cite “sexism and bullying” in her resignation letter? “Well, I don’t think the argument that I’m incompetent would even have been marshalled if I was a man. Because I think it’s incredible – absolutely incredible. I almost wince in saying this, because I’m not trying to say I’m great, but I’m the chair of London councils, I’m the most senior councillor in London, I lead on finance in the Local Government Association nationally, I’ve led a borough for 10 years – yet the national executive of my party has people in it saying I’m incompe- tent.” She’s sure this would not have been said to a man? “Utterly inconceivable. I cannot for the life of me, in any way, think a man would be bullied in that way.”

This episode beautifully sums up who this type of legislation would be designed to serve – and why: parliamentarians threatened with deselection; councillors criticised for signing one PFI contract after another; politicians expecting to go about their daily business without being criticised for their actions.

Most likely, it will not be implemented any time soon. In truth, it is merely a symbolic gesture by May – which also serves to support the right in the Labour Party in its ongoing civil war against Jeremy Corbyn.

Rejects the Zionist concept of so-called ‘new anti-Semitism’. There is no basis for equating political criticism of the state of Israel with anti-Jewish racism. It is right to condemn the political ideology of Zionism and the ongoing colonisation of Palestinian land.

Calls for the immediate lifting of all of the suspensions and expulsions from Labour Party membership in any way connected to the ‘anti-Semitism’ smear campaign. That includes Ken Livingstone, Tony Greenstein, Gerry Downing and numerous other supporters of the Palestinian cause.

Calls for disciplinary proceedings to be instigated against John Mann MP. He publicly attacked Labour NEC member Ken Livingstone in front of TV cameras, calling him a “disgusting Nazi apologist”. An accusation, of course, without foundation. Mann’s attack played a key role in stepping up the ‘anti-Semitism’ smear campaign and could only but damage Labour’s chances in the May elections. Presumably the aim is to create the conditions for the removal of Jeremy Corbyn as leader.

Condemns the willing collaboration of the Labour Party’s Compliance Unit and the Labour Party general secretary, Ian McNicol, in the witch-hunt. They have been more than ready to accept at face value obviously false and malicious complaints of anti-Semitism.

Condemns the lack of due process in the suspensions and expulsions of Labour Party members. The failure to apply the principles of natural justice brings the Labour Party into disrepute.

Calls for the abolition of the Labour Party Compliance Unit and for the establishment of democratic, transparent disciplinary procedures which follow the principles of natural justice, and in which disciplinary decisions are made by elected representatives, not by paid officials.

Rejects the Zionist concept of so-called ‘new anti-semitism’, which conflates anti-Jewish racism with political criticism of the state of Israel and its ongoing colonisation of Palestinian land, and with criticism of the political ideology of Zionism.